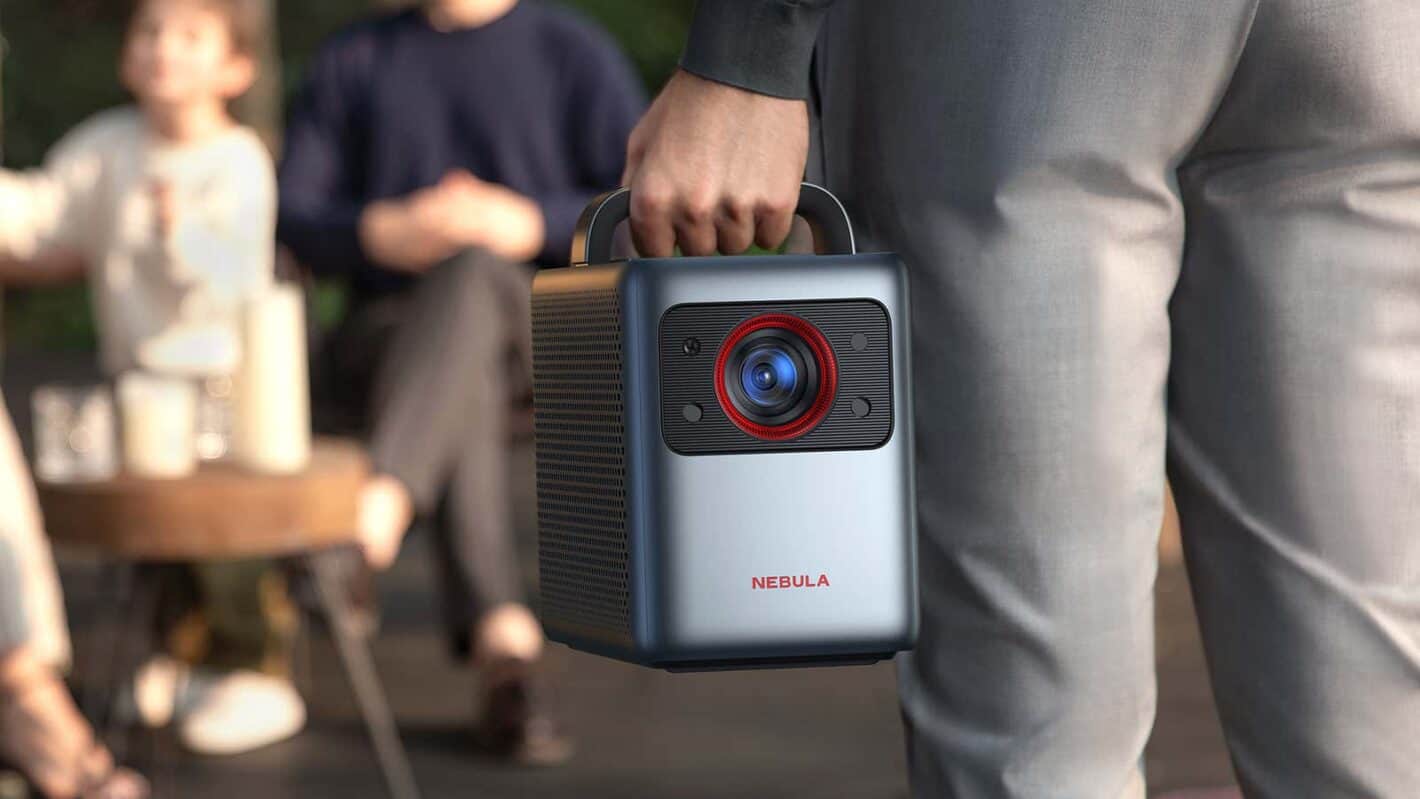 It’ll run as a Kickstarter, starting on January 11 with a price of $2,199. Which is pretty pricey. Considering we are seeing other portable 4K projectors with similar specs running closer to $1,699. However, since it is a Kickstarter, we could see the price go down when it finally does go on sale on Amazon and other retailers. It’ll likely depend on how much interest there is in this portable projector.

Like the other Cosmos projectors from Nebula, this one also runs on Android TV. That sounds great and all, but you won’t be getting Netflix natively. This comes down to the way that Netflix certifies devices, they only certify their app for devices that will sell millions, and this likely won’t. So you’ll need to sideload the tablet version, which is a pretty terrible experience. But other than that, all of your other favorite apps are available. Like Hulu, HBO MAX, Disney+ and more.

It uses a new ALPD 3.0 laser to project the 4K images. But it does only run at 2400 ANSI lumens. That’s brighter than some of its other portable projectors, but still pretty dim. And likely won’t work in a room that is not completely dark.

Anker has brought its 3-second autofocus and automatic keystone correction to the Cosmos Laser 4K. These are very important features for a projector like this which is portable will be moved around.

There’s no word on battery life here, but it likely won’t be much longer than 3-4 hours. That’s the battery life of it’s other portable projectors which are dimmer, and produce a much lower-resolution picture.