On Friday night, YouTube TV lost 17 channels as it was unable to come to an agreement with Disney over its channels. However, those channels did come back on Sunday, after YouTube TV and Disney were able to come to a deal. Surprisingly, for the same $65/month. So there was no price increase like many were expecting.

But the real question here is, has the damage been done to YouTube TV?

Did Disney do this to get more Hulu + Live TV subscribers?

There’s a lot of conspiracy theories floating around that Disney was playing hard to get with YouTube TV, to get some of their subscribers to sign up for Hulu + Live TV. Remember, Disney is the majority owner of Hulu. So getting more subscribers over there is helpful to them. And taking channels like ESPN away from YouTube TV subscribers during College Bowl season is a big deal. Seeing as ESPN airs 41 out of the 44 bowl games.

Some users also noticed that Disney was airing commercials about YouTube TV losing their channels ahead of Friday, followed by commercials for Hulu + Live TV. Which adds more credence to this being the case.

I also switched over to Hulu + Live TV on Saturday after this happened. Though, only to switch back to YouTube TV on Sunday. That’s because the unlimited cloud DVR is such a big deal for me over at YouTube TV. I probably have tens of thousands of hours of shows and movies recorded over there.

It’s likely that I was not the only one that switched, only to come right back over to YouTube TV. It’s just a better service than Hulu + Live TV is. Between the better interface, the unlimited cloud DVR, and the ability to stream in 4K (for an added cost).  Among other reasons.

The big reason why I decided to actually jump ship to Hulu + Live TV (before going back), is that this is just one of many disagreements that YouTube TV has had in the past few months. Of course, there was that large Roku disagreement that lasted almost the entire year. More recently there was the NBCUniversal distribution agreement that almost didn’t happen.

It was starting to seem that we were going to lose some channels at some point. Whether it was now, or later on down the road. And it gets frustrating, hearing every few months that you might lose nearly a quarter of the channels you’re paying for. We don’t hear about these disagreements with Hulu + Live TV, Fubo TV or Sling TV. Only YouTube TV. And that might be another reason why a lot of customers jumped ship to YouTube TV.

Now we don’t know for sure, and never will, how many customers left YouTube TV for another service over this weekend. But given the time of the year, it was likely a substantial number. And I’d be surprised if they all came back to YouTube TV now that Disney and ESPN are back. That’s going to hurt YouTube TV in the long run.

However, this is a major advantage of cord cutting

While it’s annoying switching from YouTube TV to another service, it’s still a big advantage of being a cord cutter. If this happened with say Comcast or AT&T’s cable service, you would just be out of luck. You’d be without those channels for however long this blackout lasted. As there’s typically only one or two options for cable TV in most areas of the US.

But with cord cutting, there are at least four options available. That includes YouTube TV, Fubo TV, Hulu + Live TV, and Sling TV. There are a few others, but these are the big ones. Making it easier to switch when something like this happens.

As you are able to pause your YouTube TV account for up to six months at a time, and check out other services. Which is really useful for times like this. Pausing it means that you don’t lose your DVR, and it will also keep recording.

When YouTube TV announced they made a deal with Disney on Sunday, everyone on Twitter was asking them to do the same for Bally Sports. But that’s not going to happen. Sinclair is working to take Bally Sports off of all the streaming services right now, to create their own streaming service. I’ve written about it before, and how it’s going to be such a bad idea for Sinclair. Even a couple sports commissioners have come out and said that it would fail. Which makes it a big deal. 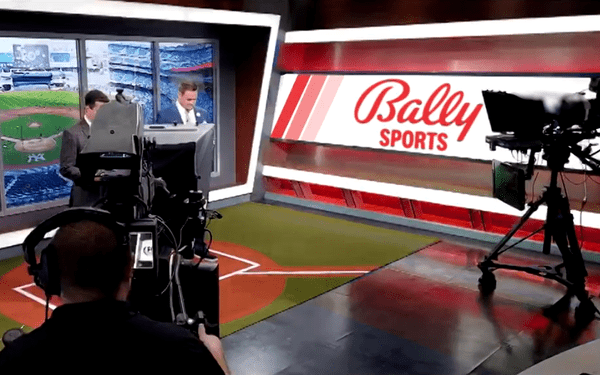 So as much as I’d love to be able to watch my Pistons, Tigers and Red Wings play on YouTube TV, that’s not going to happen anytime soon. Not until Sinclair launches their streaming service and it fails, at least. Sinclair is talking about charging $20-$25 for this service, which is a huge cost to watch three teams (or less, depending on your market).

The issue with Bally Sports is more Sinclair than YouTube TV. Remember, Sinclair took the channels off of Hulu + Live TV and Fubo TV around the same time. AT&T’s contract with Sinclair has not yet expired, so DIRECTV Stream is the only option for the Bally Sports networks. But that will likely change next year.