YouTube began testing a “Listening controls” feature in May which brings a new UI in the player for Premium customers. The feature is now rolling out widely across the globe for Premium users on Android and iOS.

Simply put, “Listening controls” offer a set of controls right below the video while removing everything else. This is designed to improve usability for audio-only content. However, it can be used for practically any video on YouTube, provided you have the Premium subscription.

Strangely, YouTube doesn’t highlight this perk while marketing YouTube Premium. So this feature’s inclusion may come as a surprise to some customers.

Tapping this opens up a set of controls such as pause/play, playback speed, rewind/forward, and save to playlist. The overlay can be closed from the top-right corner, 9to5Google notes. “Listening controls” are also accessible from the overflow menu.

Listening controls is a persistent feature, meaning it won’t disappear even when the next video starts playing. It also has the advantage of hiding the “Up next” feed which can make things cumbersome at times.

The wider rollout of “Listening controls” signals YouTube’s intentions to have an increased presence in the podcasts business.

Separately, the YouTube app for Android is getting some Material You elements as of this week. Users are noticing pill-shaped buttons below the video, in line with the Android 12 design language. These buttons offer ​​like/dislike, share, create, add to playlist, and download keys, effectively shrinking them down from their older implementation.

Meanwhile, the YouTube app for Android TV is also getting an update with tweaks to playlist management. Thanks to this update, tapping on a playlist opens up a playlist UI rather than automatically playing the whole playlist.

Options like “Play all,” “Loop,” and “Save to Library” options appear on the left. This is more a bug-fix rather than a new feature, but Android TV users would welcome this change regardless. 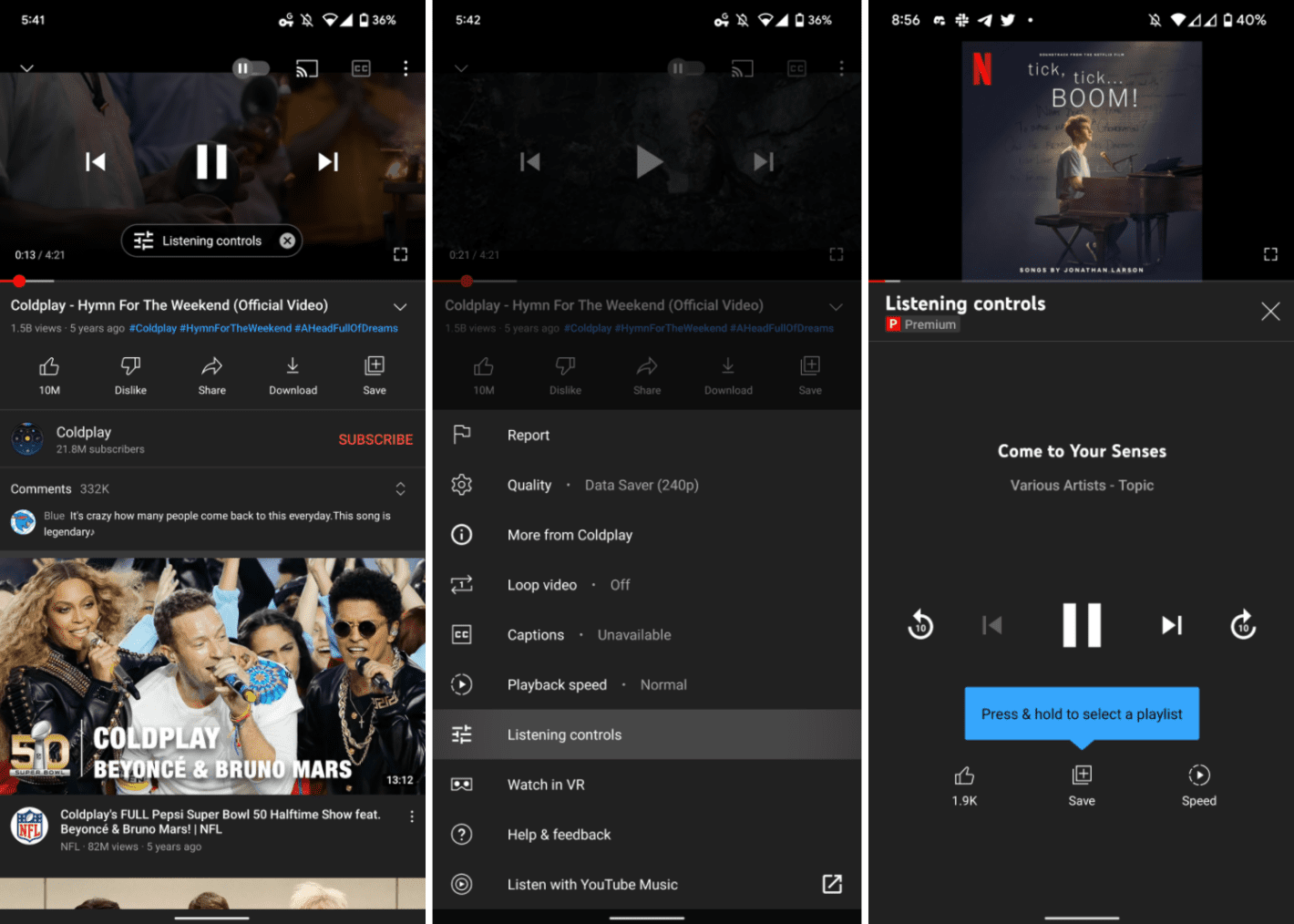