Skip to content
Advertisement
Trusted By Millions
Independent, Expert Android News You Can Trust, Since 2010
Publishing More Android Than Anyone Else
18
Today
54
This Week
763
This Month
7976
This Year
117920
All Time
Advertisement There are already plenty of reasons to subscribe to Xbox Game Pass Ultimate, but now the Xbox team is giving players another pretty good reason, incoming perks for Halo Infinite. If you play the free multiplayer mode, you’ll get some sweet rewards if you subscribe to the service.

This includes item customizations, double XP boosts, and challenge swaps. All of which you can either buy from the shop using Halo credits, or by playing the game and completing challenges, or unlocking tiers of the battle pass. But now you’ll have an extra way to get just a few more. Which is a nice little “gimme” for those that have a membership.

Perks are not yet available, but they will be very soon. So, if you already subscribe to Game Pass Ultimate, then you won’t be waiting long before your first perk drop. According to Xbox, the first round of perks will land on December 8 alongside the launch of Halo Infinite’s campaign. This month’s bundle will have four double XP boosts, four challenge swaps, and a coating for the MA40 Assault Rifle called ‘Pass Tense.’

Bundle drops will be a monthly occurrence, too. Which means you’ll end up with a sizeable amount of boosts and challenge swaps if you stack them up and use them sparingly. Especially if you’re playing often enough and unlocking them through the battle pass and challenge completions as well. 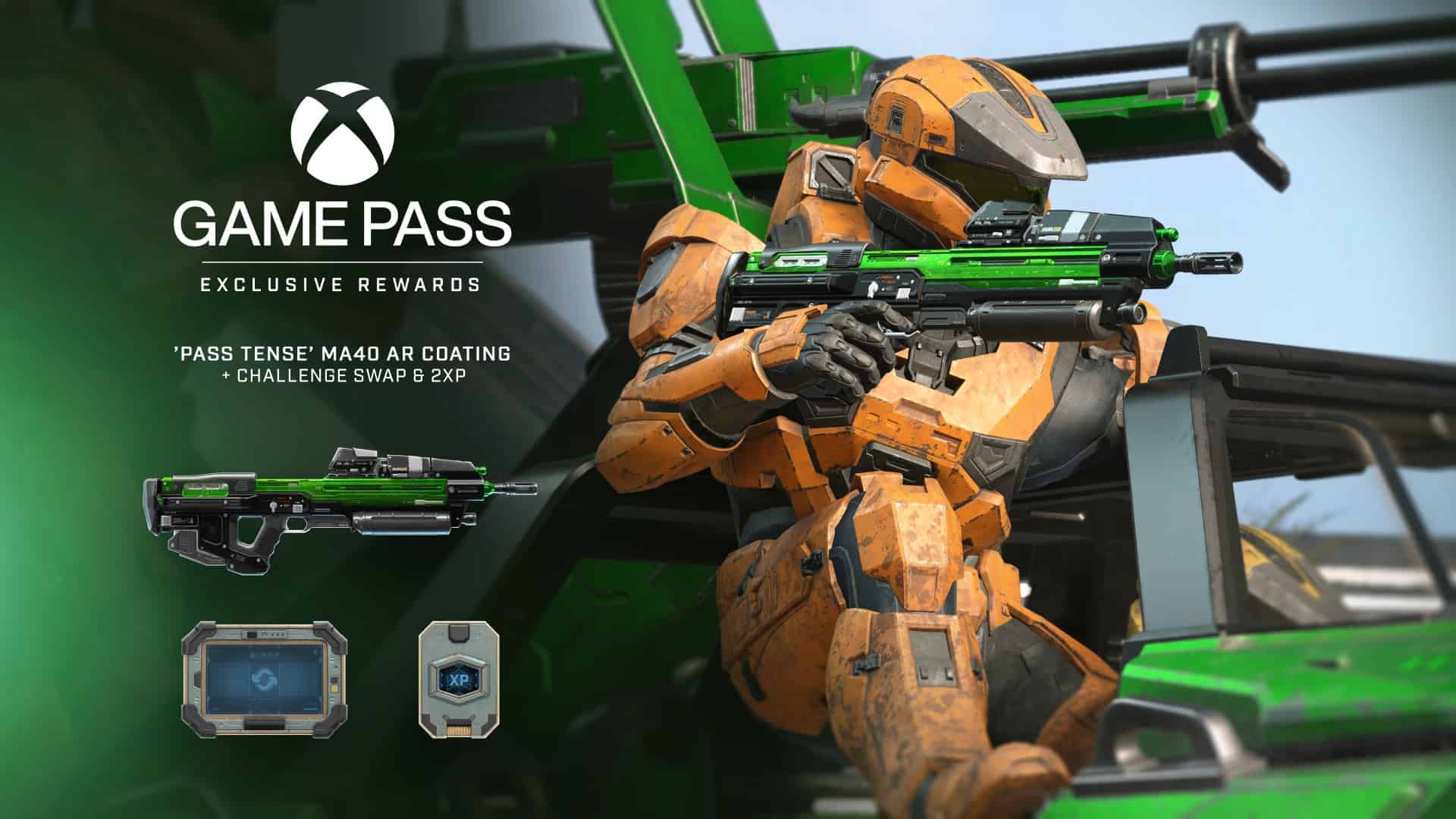 You claim the perks from the Xbox app

There are actually a few ways to claim the perks. Which appear to reset every month, so, you want to make sure you claim them before the month is over as it sounds like they may disappear if you forget.

If you’re playing on PC, then you claim your perks from the Xbox app. If you’re playing on console, then you grab them from the Perks Gallery. Additionally, you can claim perks from the Xbox Game Pass mobile app. As these will be bundles, you’ll get multiple items each month. Though players can be sure that the majority of the items each time will be the XP boosts and challenge swaps. With the occasional armor core customization items thrown in.