IDC has released Q3 results for the wearables market, and it reported growth. It is worth noting that the market grew mainly due to hearables. We’re seeing a 10-percent increase year-over-year (YoY).

The wearables market grew in Q3 2021, thanks to hearables

Now, when it comes to hearables, both headphones and earbuds are included. The hearables market grew 26.5-percent to capture nearly 65-percent of the market in Q3. The wrist-worn wearables managed to grab 34.7-percent. 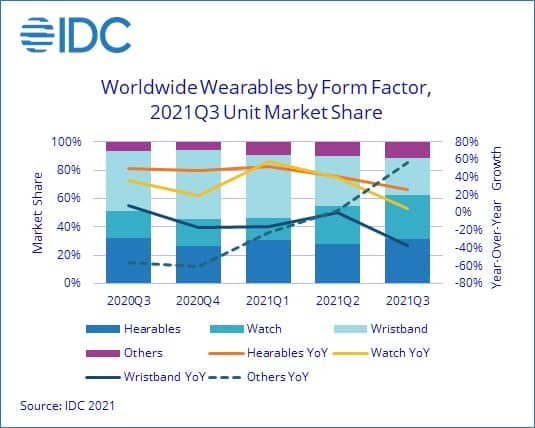 What is interesting is that the demand seems to be shifting from wristbands to watches.

Now, when it comes to the top 5 wearable device companies, Apple is still in the lead, and by quite a margin. The company managed to grab 28.8-percent of the market share in Q3 2021, as it shipped 39.8 million devices. 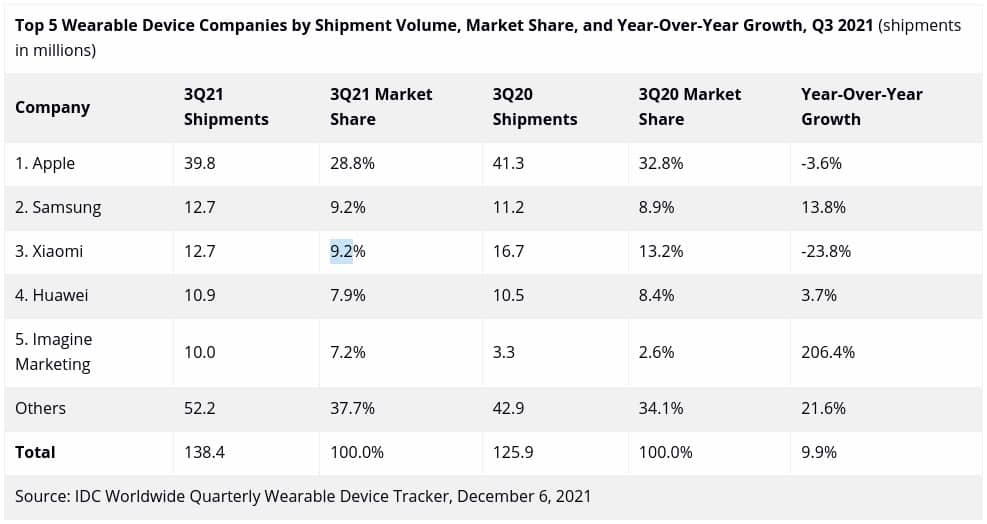 That being said both Apple and Xiaomi declined YoY, all other companies on the list grew, especially Imagine Marketing, by 206.4-percent.

Apple declined 3.6-percent, probably because it had to push the Watch Series 7 to Q4 due to supply issues. Xiaomi’s sales declined by 23.8-percent compared to the same period a year ago.

It will be interesting to see general numbers for this year, once they’re out. Apple is still untouchable at the top, though, and that likely won’t change anytime soon.

Samsung did manage to grow a bit, and if it managed to keep that momentum, it will continue closing the gap. Xiaomi is in the same boat, as it’s on the same playing field as Samsung.