Google TV is a versatile platform that brings the goodness of Android to television screens. However, the service has missed out on one key feature – user profiles. With Google initially saying the feature would arrive in November, the company is now confirming that it has been delayed.

It’s worth noting that although the feature isn’t live yet, it will eventually reach Google TV users. However, there’s no timeline available at the moment. Google now says that the feature will arrive in the “coming months,” which is fairly vague. The company didn’t offer a reason for the delay.

9to5Google speculates that user profiles could arrive sometime in 2022. The feature’s arrival on Google TV is long overdue, considering how televisions are generally shared with family members.

We’ve come across some screenshots of user profiles in action, and it’s pretty impressive. When the feature does make its way to Google TV devices – including the Chromecast and televisions with built-in support – multiple users can have accounts on their TV. This, in turn, brings personalized recommendations for each user plus different homescreen layouts.

Thankfully, the company had some good news to share with Ambient Mode cards now rolling out to Google TV customers. This appears to be a minor rollout, however, with Google saying it is only seeding to a small number of users in the U.S.

Google teased the arrival of Ambient Mode cards in October, with the company claiming that the feature would arrive after the rollout of user profiles. But that’s not the case.

Ambient Mode cards offer “Glanceable” cards on the screen of your Google TV device. These cards appear only when your television is idle, offering relevant information, including news, sports scores, weather, and so on via Google Assistant. Users can also enable Google Photos slideshows in the background for added customization.

Google introduced kids’ profiles for Google TV earlier this year with strict parental controls, along with the ability to set time limits. Parents can also control what apps and content are available for their kids, making this a nifty tool for households. It also supports Google Play Family Library, allowing parents to share specific movies and TV shows they’ve previously purchased. 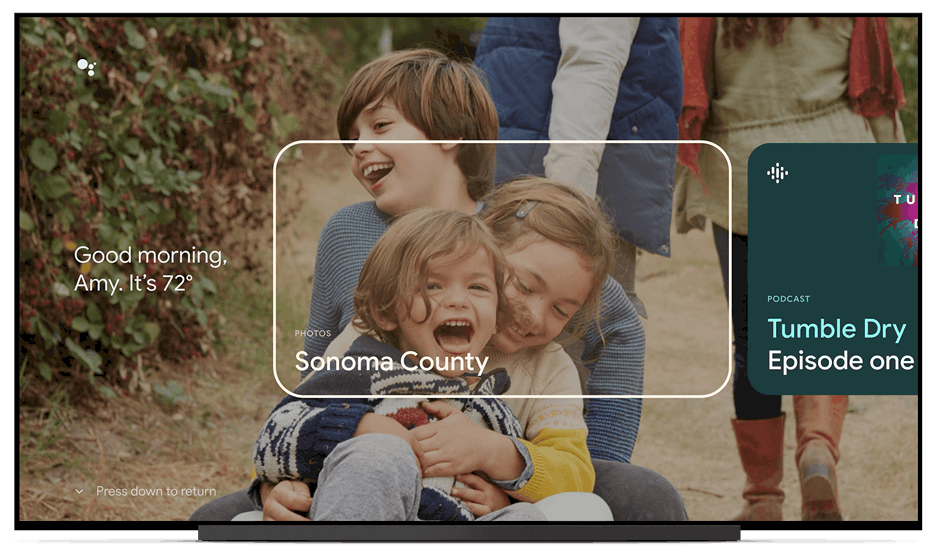