Doogee has released a new video on YouTube, comparing two of its rugged smartphones, the Doogee V10 vs Doogee V20. The Doogee V20 is the successor to the V10, though the two phones are similar in some ways. 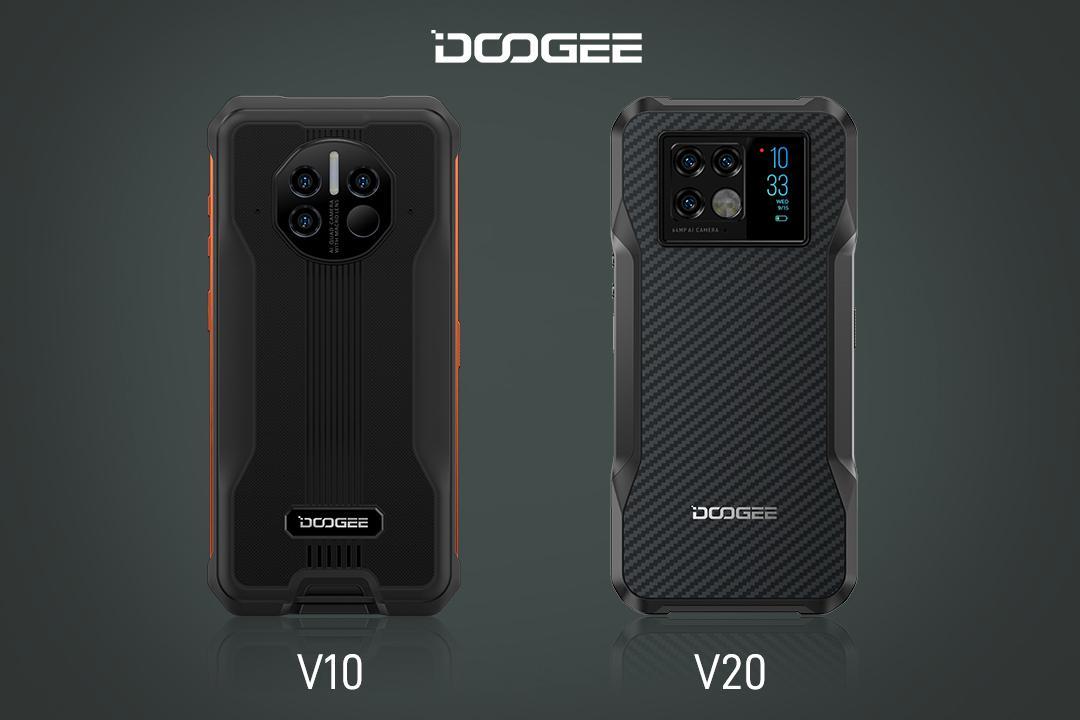 The video in question is embedded below the article, in case you’d like to check it out. It has a duration of around two minutes, and it will give you some insight into both of these smartphones.

Both of these smartphones are fueled by octa-core processors. They also have side-facing fingerprint scanners, and a 16-megapixel selfie camera on the front. On top of that, both support 33W fast charging, and come with the included charging.

What else is similar? Well, the NFC chip is included in both smartphones, and they support the same number of frequencies. Considering these are rugged phones, both of them are IP68, IP69K, and MIL-STD-810G certified.

What does that mean? Well, they’re not only water and dust resistant, but they can also take a hit without a problem. In other words, these are tough phones.

Doogee’s rugged phones do have some special features worth noting. They include a laser rangefinder, and have thermal imaging properties.

The Doogee V10 comes with a built-in infrared thermometer, which can be quite handy, especially in this day and age. The Doogee V20, on the other hand, includes a rear-facing display, a 1.05-inch panel.

The Doogee V20 includes a 6.43-inch AMOLED display made by Samsung. You won’t exactly find many rugged phones with AMOLED displays, if any. That display also offers QHD resolution with a 20:9 aspect ratio. 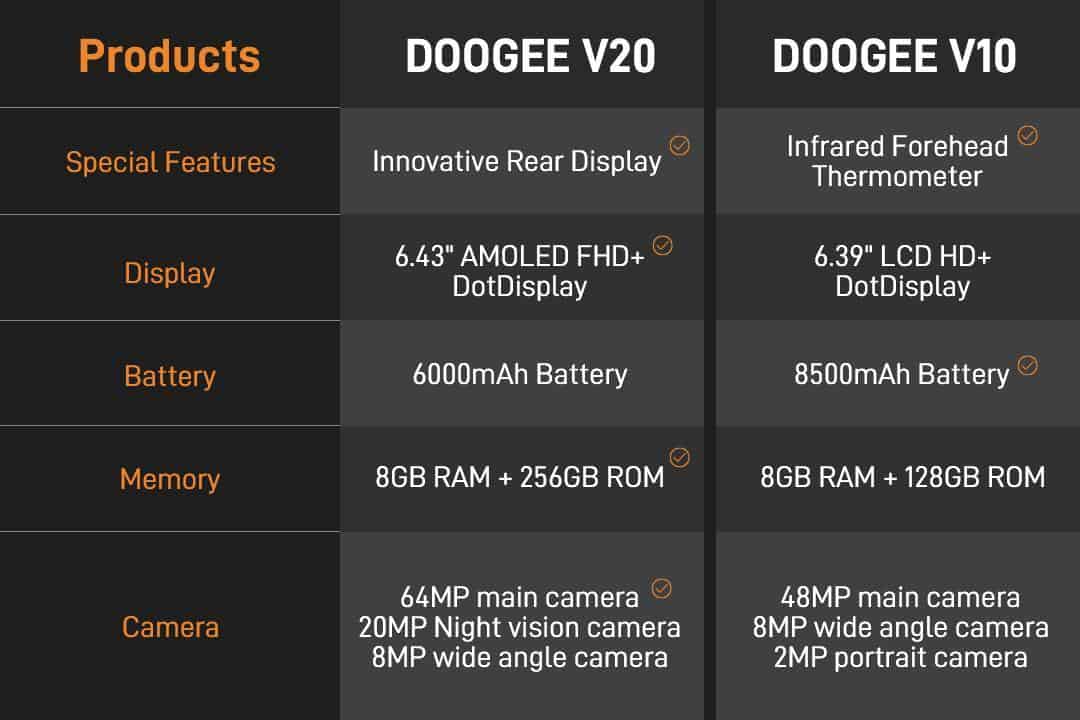 The Doogee V10 includes an 8,500mAh battery, while the Doogee V20 has a 6,000mAh battery. Both of those battery packs are truly huge, and will provide excellent battery life for both smartphones. The Doogee V20 is lighter and easier to handle thanks to a somewhat smaller battery, though.

The Doogee V10 also has three cameras on the back, as an 8-megapixel wide-angle camera is backed by a 2-megapixel macro camera. In addition to the phone’s 48-megapixel main camera we already mentioned.

Both of these phones offer 8GB of RAM, though the Doogee V20 includes more storage. It features 256GB of UFS 2.2 flash storage, while the Doogee V10 includes 128GB of internal storage. 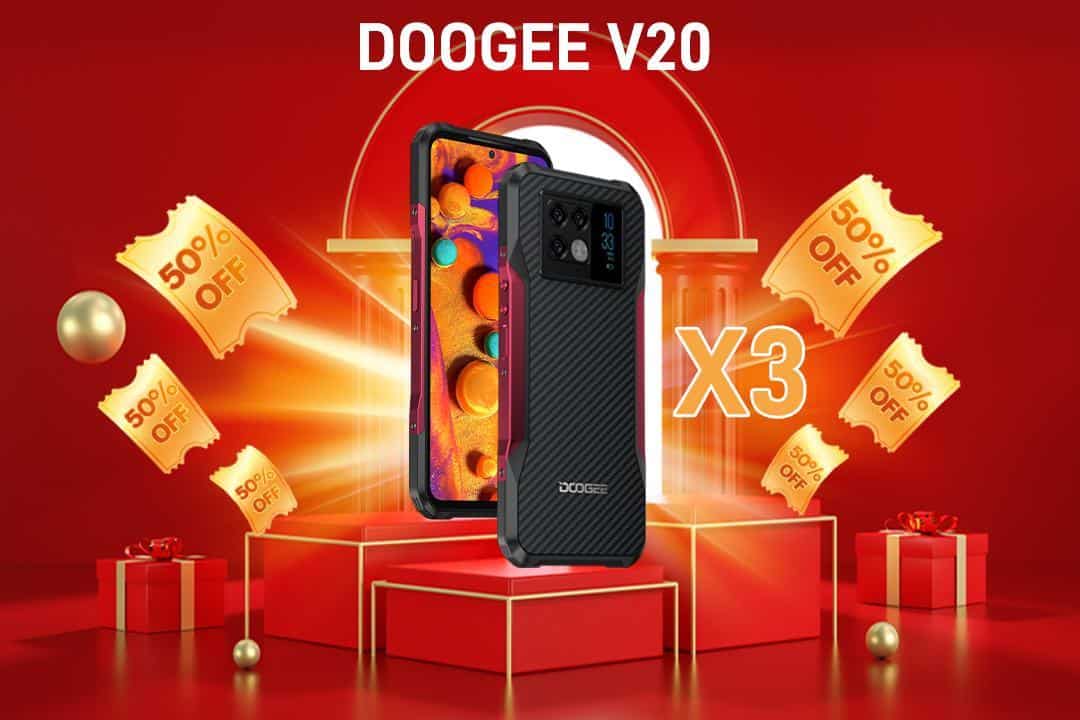 The Doogee V20 sure is an interesting new addition to the company’s rugged smartphone lineup. Doogee has even launched a giveaway for the phone. Visit the official Doogee website if you’d like to participate.