Twitter said it is testing a revamped reporting process against tweets that violate its harmful behavior norms. In addition to expanding the criteria for tweets that can be reported, this test will also include a different process for flagging tweets.

The company says it is introducing a “people first” approach to the process of reporting tweets. This also involves making it less cumbersome for the users. The new reporting system allows users to provide specifics on the incident. When the users have provided the necessary information, Twitter will specify what rules were broken.

“The more first-hand information they can gather about how people are experiencing certain content, the more precise Twitter can be when it comes to addressing it or ultimately removing it,” Twitter said in a blog post (via).

The feature is reportedly under testing among a small group of users in the U.S. The company is planning to roll out this feature widely in 2022.

“What can be frustrating and complex about reporting is that we enforce based on terms of service violations as defined by the Twitter Rules,” said Renna Al-Yassini, Senior UX Manager at the company’s health user experience team.

“The vast majority of what people are reporting on fall within a much larger gray spectrum that don’t meet the specific criteria of Twitter violations, but they’re still reporting what they are experiencing as deeply problematic and highly upsetting.”

Reporting individual tweets on Twitter has always been a challenge. So it’s good to know Twitter is working on bettering the experience.

Twitter is taking some big steps when it comes to privacy. Recently, the company banned the unauthorized use of photos or videos on the platform. The company also updated its privacy policy with these changes. “When we receive a report that a Tweet contains unauthorized private media, we will now take action in line with our range of enforcement options,” Twitter said on these new changes.

The company clarified that these new norms won’t apply to videos or pictures that are in the public interest. This policy would also see the removal of pictures/videos used to “harass, intimidate, or use fear to silence” public personalities. 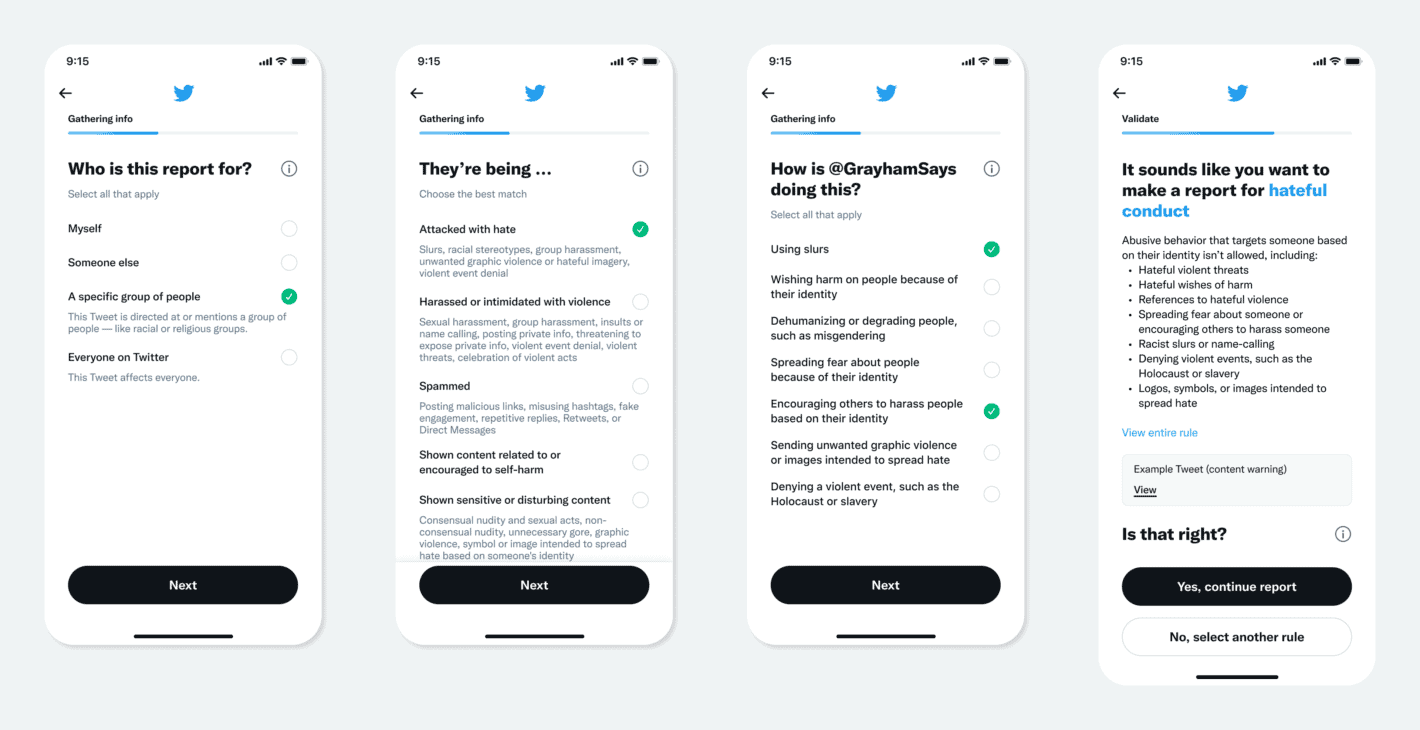