Sony has officially revealed its faceplate cover accessories this morning called PS5 Console Covers, alongside new colors for its DualSense controller. Sony already offers the DualSense controller in three colors. Midnight Black, Cosmic Red, and White. And with today’s announcement, Sony is increasing the number of color options to six.

The new DualSense colors that Sony is releasing are Nova Pink, Starlight Blue, and Galactic Purple. All three new controller colors are launching officially on January 14. Initially, they’ll only be available via PlayStation Direct, and only in certain countries. Including in the US, the UK, France, and Germany. With more countries to follow throughout the year. Meanwhile, the console covers will be available in the same countries around the same time. If only a few days later.

Sony says that the console covers will be available from January 21, though only in the Midnight Black and Cosmic Red to start with. 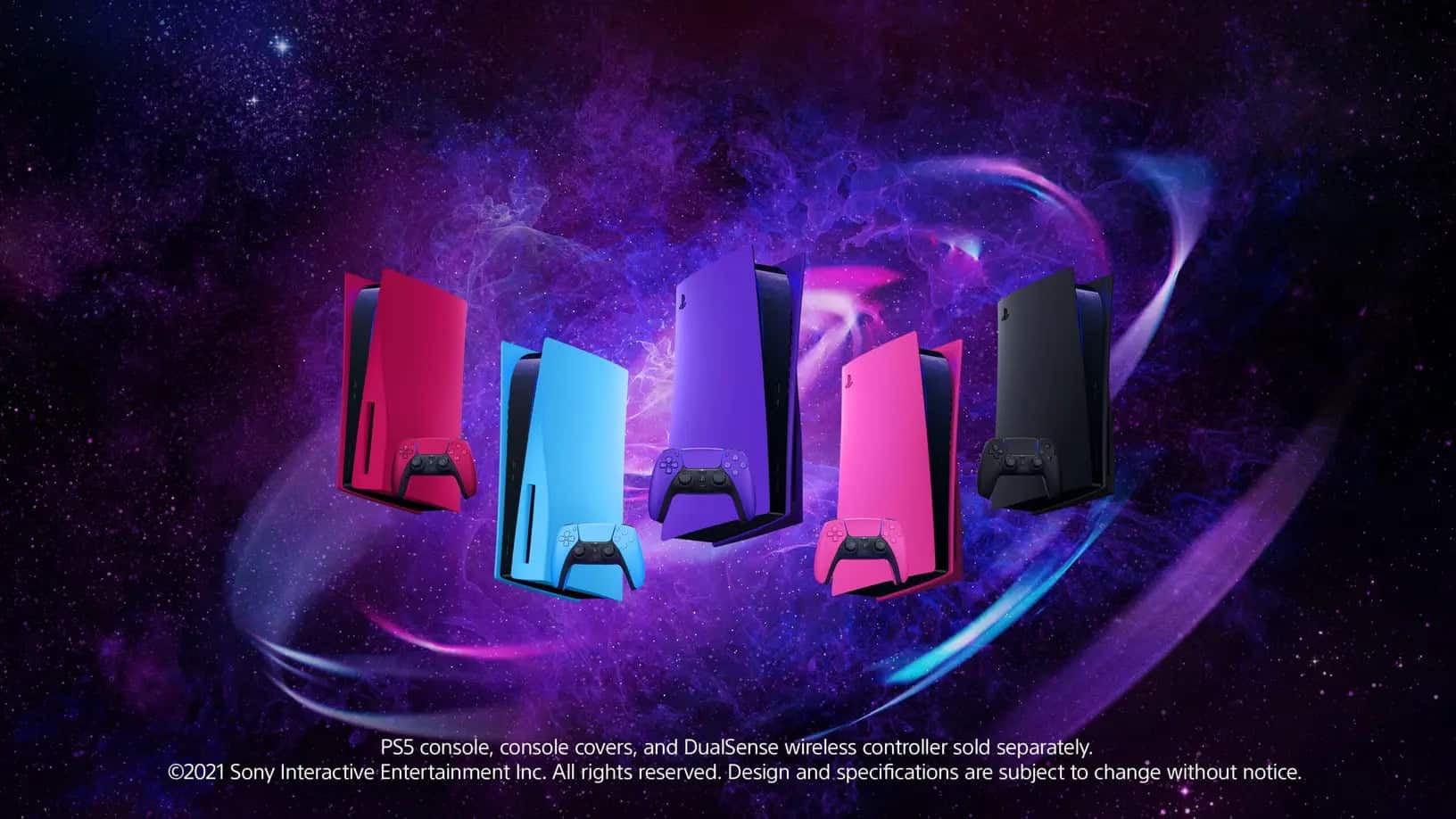 Whether or not you agree with the price, the console covers are going to a bit more than most people probably expected. Sony has set the cost at $54.99, which is just barely under the price of a new DualSense controller or some PS5 games.

That being said, Sony’s official console covers are less expensive than the Darkplates 2.0 options from Dbrand. Which normally cost $75 and are currently on sale for $69. Plus, these have the official PlayStation logo in the top corner like the cover that comes with the console, whereas the Darkplates 2.0 do not because, well legal reasons.

Console covers will match the color of the controllers, save for the white which comes with the console.

If you’re looking to score a new controller in any of the three new colors, you can pre-order starting today. That is if you live in the US or any of the other initial launch countries mentioned above.

New controller colors will be $75, so only $5 more than the regular cost of a DualSense. You can also pre-order the Midnight Black or Cosmic Red Console Covers. As has been the case with most PS5 accessories when they first launch, you may want to pre-order as soon as possible, lest they be sold out and then re-sold for double or triple the price on sites like eBay.