Samsung is one of the biggest names in the tech industry. And according to a Capital on Tap report, the South Korean conglomerate is the most innovative tech company as well, at least patent-wise. It applied for a whopping 13,024 patents in 2021 (9,499 by Samsung Electronics and 3,524 by Samsung Display). Huawei came in second with 9,739 new patent applications this past year.

Chineses display maker BOE, American chip giant Qualcomm, and Korean electronics biggie LG make up the top five. Tencent, Baidu, Intel, IBM, Apple, Panasonic, Microsoft, TSMC, and others follow them. You can check out the infographic attached at the end of this article to see the full list of the top 25 most innovative tech companies patent-wise in 2021.

If you consider the overall patent applications filed by each company over the years, Samsung tops the chart by quite a margin. The Korean giant has applied for no less than 263, 702 patents so far. When you combine Samsung Display’s 26,219 patents, the total rises to 289,921. Japanese electronics behemoth Sony distantly follows the company with 197,279 patent applications under its belt. IBM is right on the latter’s heels with 187,709 applications. Mitsubishi, LG, and Huawei are the other three companies with more than 100,000 patents overall.

Samsung topping these charts doesn’t come as a surprise though. The company is among the top ten innovators in several emerging technological fields over the past decade. It finds a spot in the charts for most patent applications in the field of virtual and augmented reality (VR & AR), 5G, autonomous driving, and artificial intelligence and machine learning (AI & ML) since 2011. You can check out the original report for the full breakdown of patent leaders in all these tech sectors.

Companies like LG, Intel, Huawei, and IBM have also made several thousand breakthroughs over the past decade. All these tech giants are getting more innovative with each passing year. But Samsung’s rich background will keep it at the top for quite some time.

Tech innovation hasn’t stopped despite all the hurdles

Despite all the hurdles that have come in the way of tech companies over the past couple of years, innovation has remained a top concern for them all. After all, innovation is at the heart of the tech industry and it is what drives the industry forward. As we can see in this report, the biggest stakeholders of the industry made thousands of technological breakthroughs in 2021. They filed millions of patent applications combined over the past 12 months.

Going forward, you can expect these companies to continue making more groundbreaking innovations in the technologies of tomorrow such as 5G, AI, autonomous driving, VR and AR, cybersecurity, and quantum computing. Exciting times are ahead for tech enthusiasts. 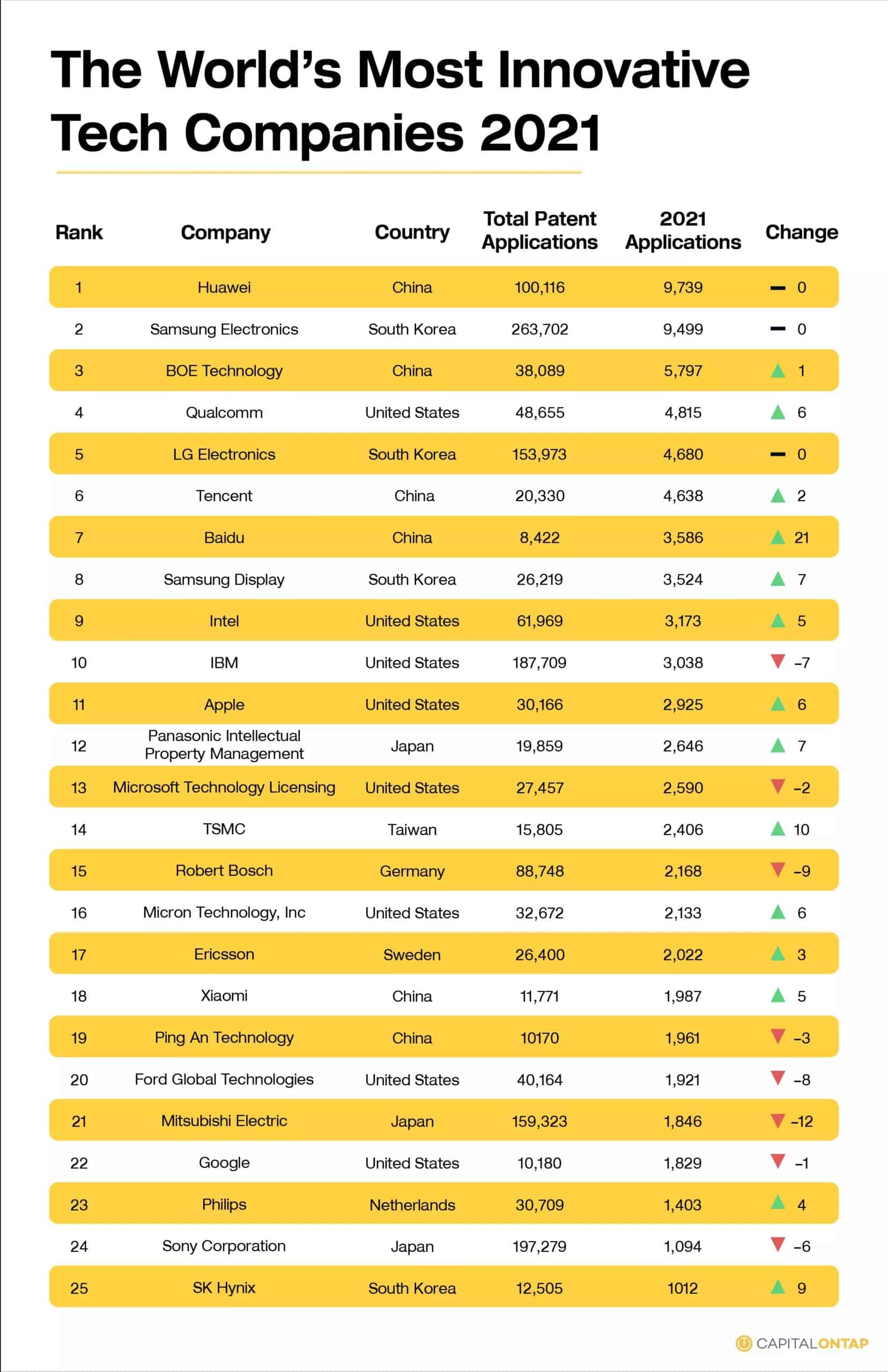