The Samsung Galaxy Tab S8 lineup is currently under development, with a launch expected sometime in the first half of 2022. All three variants have appeared in leaks in some form over the past few months. Today, we’re getting newer information on the hardware packing underneath the Galaxy Tab S8+ thanks to a listing on Geekbench.

The Geekbench listing (via) reveals a tablet with the model number SM-X808U, likely a U.S.-bound variant. It’s running on the Snapdragon 8 Gen 1 SoC, coupled with 8GB of RAM. The benchmark scores are pretty impressive as well.

The Galaxy Tab S8+ scores 1,223 and 3,195 points on single and multi-core tests, respectively. The benchmark listing also confirms that the tablet would run Android 12 by default. The tablet will likely run on Android 12L and a version of One UI 4. We’ve already learned that tablets in the Galaxy Tab S7 series will receive the Android 12L update at some point in the future.

The listing also sheds some light on the clock speed of the latest Qualcomm silicon. This includes one high-performance Cortex-X2 core at 3.0 GHz, three Cortex-A710 cores at 2.5 GHz, and four Cortex-A510 cores at 1.79 GHz. This is in line with previous reports about the CPU core arrangement on the Snapdragon 8 Gen 1.

Interestingly, this isn’t the first time we’ve come across a Geekbench listing for the Galaxy Tab S8+. Last month, the tablet appeared on the benchmarking database featuring the same Snapdragon 8 Gen 1 chipset and 8GB of RAM. The tablet scored 1,211 on the single-core test and 3,193 on the multi-core test.

A leak in September suggested that the Galaxy Tab S8 Ultra could feature the company’s Exynos 2200 chipset. This SoC has generated plenty of hype thanks to the integrated AMD GPU for enhanced graphics performance and features like ray-tracing. This would be in contrast to Samsung’s policy with the Galaxy Tab S7 series, as the entire lineup was only available with the Snapdragon 888 chipset.

Reports say the Galaxy Tab S8+ would feature a 12.4-inch AMOLED display with a 120Hz refresh rate coupled with a 10,090mAh battery. Samsung could sell the new tablet in 128 and 256GB storage variants.

If a recently leaked roadmap is any indication, Samsung may only produce 900,000 units of the Galaxy Tab S8+. This implies that the tablet could only be available in select markets (including the U.S.) 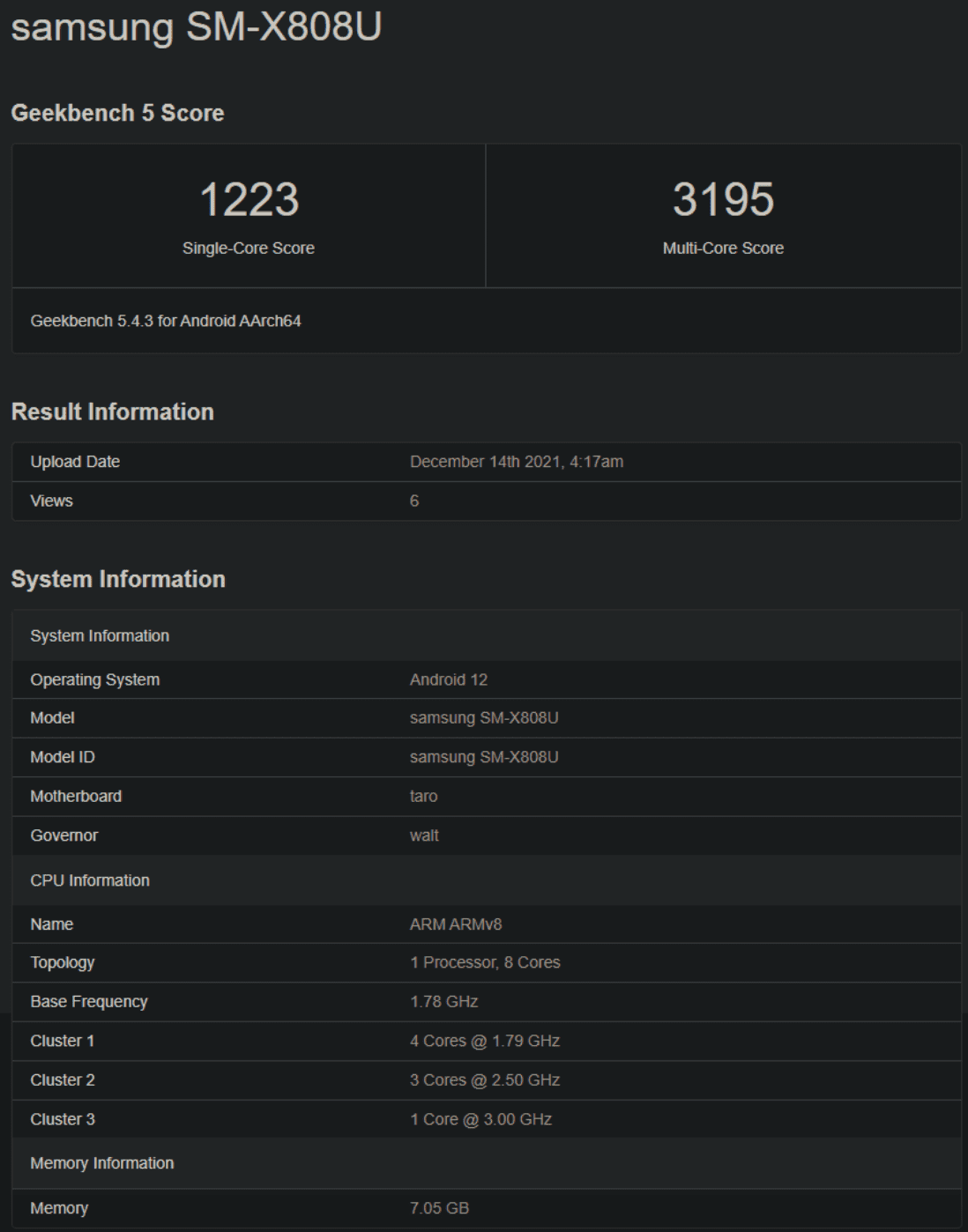