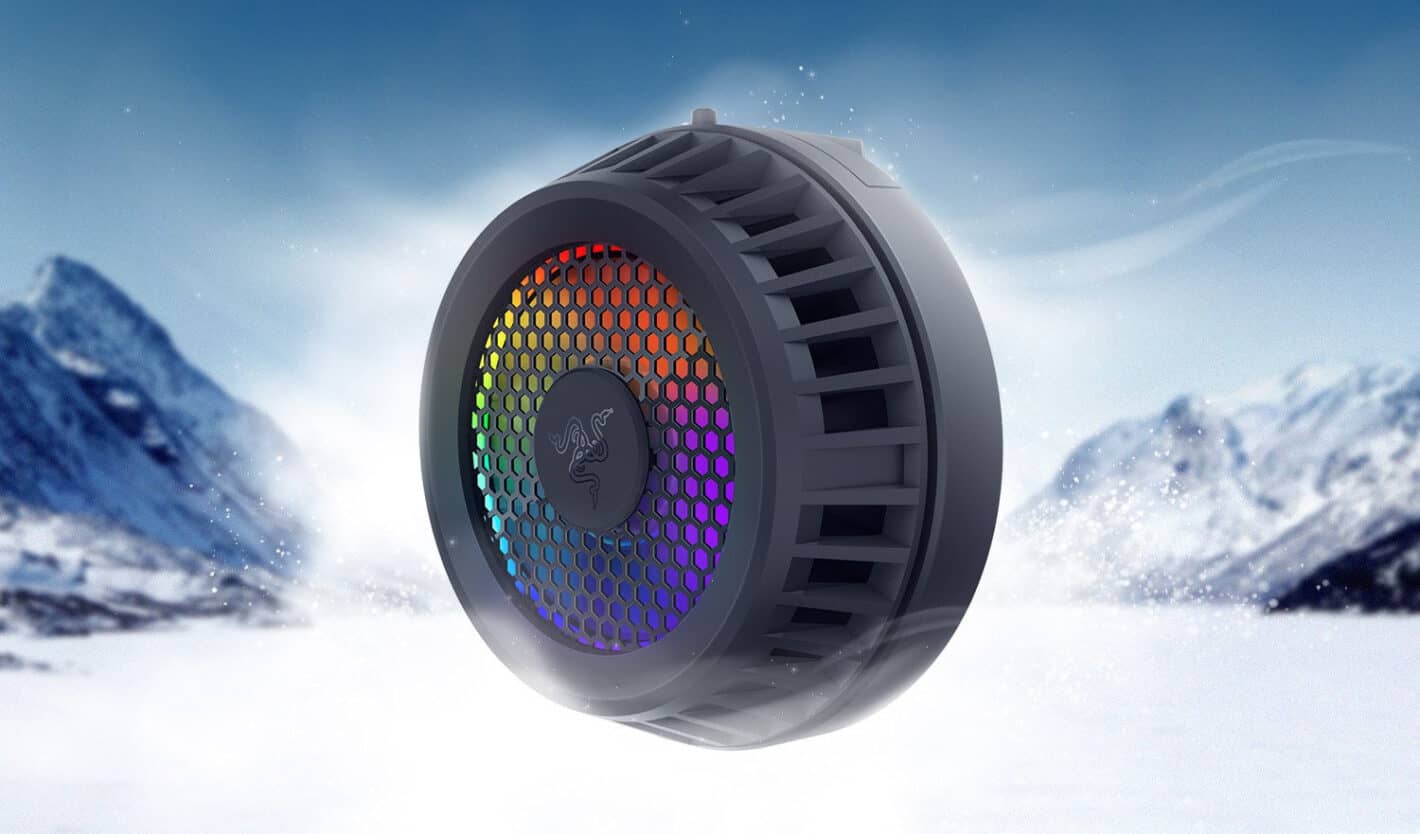 Razer is releasing a smartphone cooling fan for mobile gamers. Or rather, Razer has already released a smartphone cooling fan, as you can buy it right now on Razer’s website or from Amazon. Although, Amazon appears to be temporarily out of stock. Officially dubbed the Razer Phone Cooler Chroma, there’s a model for both iPhone and Android users. The iPhone uses MagSafe technology which admittedly makes it a little bit “cooler.”

The Android model meanwhile, attaches to the backs of phones with the use of a universal clamp. Not unlike the fan that ASUS sells for its Rog Phone 5 series devices. Or that came with them if you got the Pro or Ultimate models.

As you can also tell from the name of the accessory, it comes with Razer’s Chroma RGB lighting. As do most of the brand’s products these days.

If you play a lot of mobile games, and high-end ones at that which tend to really increase the temperature of your device, you may want one of these. Just be prepared to pony up a little dough. Because it retails for $60.

That might seem like a lot, and it is. But there might be value in it for you if you’re looking for a way to cool your device down during longer mobile gaming sessions.

The fan does have one minor drawback though. It needs power. Which is obvious enough considering what it does and how it functions.

You’ll need to have your charger handy to use it

Because of the design, you need to keep the cooling fan plugged in to use it. This won’t necessarily be an issue for most users. However, it does present a challenge as you will need to be somewhere where you can plug it if you want it running during your games.

Your options for that if you’re in transit, are a car charger or a battery pack. Or, it may just have to be used while stationary when a wall plug is available. Still, the fact that the fan is universal presents a huge opportunity for anyone that doesn’t use a ROG Phone 5 or something similar. As most phones don’t have official cooling fan attachments. Which, is most smartphones.