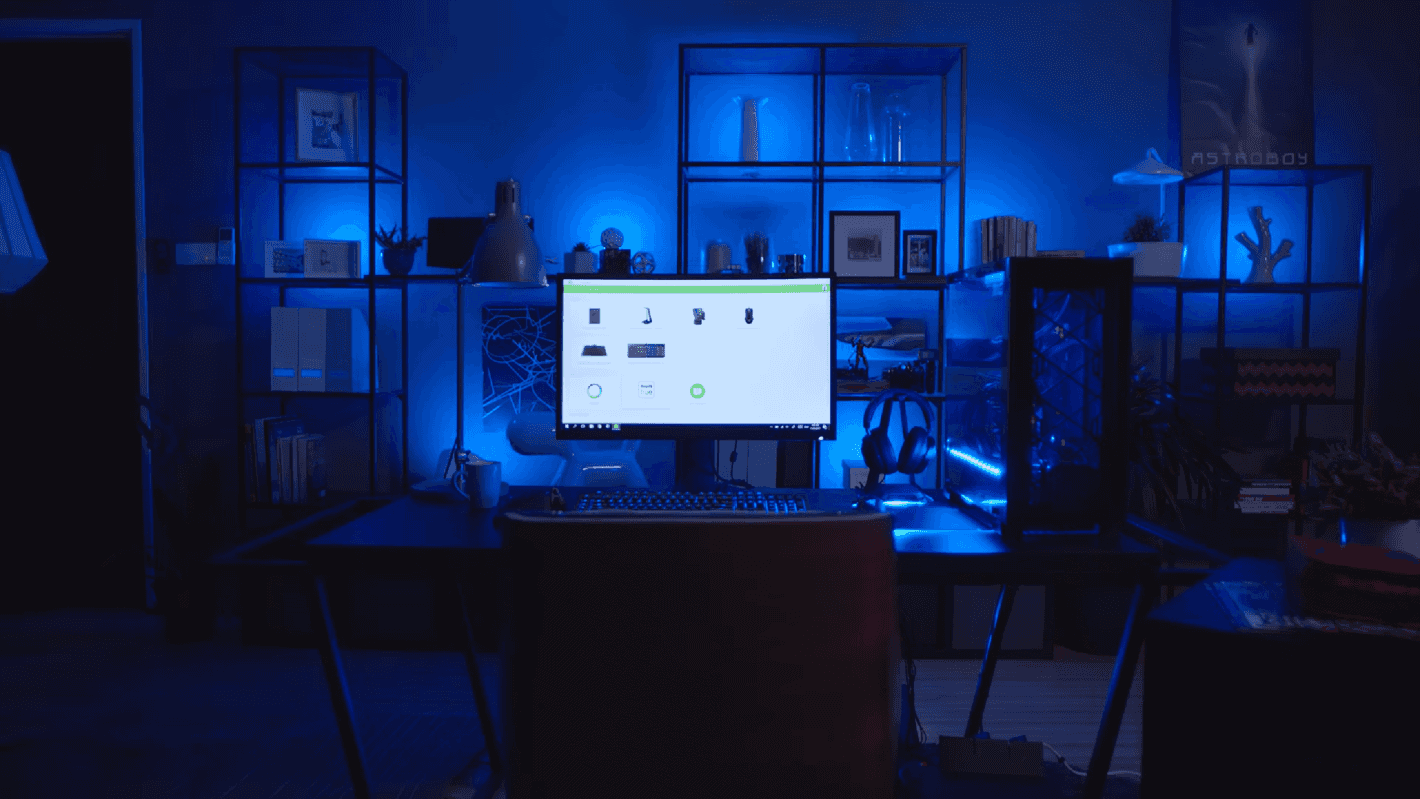 One of the many announcements Razer has made today is a smart home app to control your Chroma lights. Though, not just smart home lights, but any smart home device that has RGB LEDs in them which support Chroma.

Basically, the idea is to give you one app to control all of your smart home devices so you aren’t having to jump between multiple apps. And at the end of the day it’s that convenience that users should be excited for.

As mentioned above, the app is all about creating a convenient way for users to control all of their smart home devices. Quite a few different brands support Chroma now. And all of them have their own app for controlling the products they make.

With Razer’s new app, you should be able to link all those devices so you don’t have to hop around. Allowing you to more easily customize your mood lighting. You’ll also be able to create more immersive experiences for your entertainment. Whether that’s gaming or watching movies.

Not all smart home devices support Chroma, but Razer though of that too

To help streamline things and make a more connected environment, Razer is also starting the Razer Chroma Smart Home Program. What it hopes to achieve with this is getting more smart home companies on board with supporting Razer’s Chroma ecosystem.

The program allows potential hardware partners to easily integrate their products with the ecosystem and thereby the app. There are already a number of partners including Nanoleaf, LIFX, Yeelight and more. But, Razer is certainly working to get more partners to join the program.

And once they do, creating your own Chroma wonderland should be easier than ever.