A new Galaxy S22 leak has surfaced online, revealing the design of the rear camera housing for all three models. The leak shows the glass component that will cover the camera island on the back of the phones. But something doesn’t fit very well with us. The design that the leaked photo shows for the Galaxy S22 Ultra’s camera housing is different from what we’ve been seeing recently. It suggests that the phone will have a P-shaped camera island on the back.

It’s not the first time we are seeing this design though. This P-shaped rear camera design appeared in early Galaxy S22 Ultra leaks before things started to change for good. This design was, unsurprisingly, disliked by many. Subsequently, we saw an 11-shaped camera design before Samsung seemingly settled on the raindrop style that it has used on some of its mid-rangers in the past.

All recent Galaxy S22 Ultra renders showed the raindrop-style rear camera array, where each sensor individually protrudes out of the back panel. There’s no separate camera bump. But the latest leak begs to differ. It suggests that Samsung has already started the production of components with the original P-shaped camera design for the Galaxy S22 Ultra.

Is this the final Galaxy S22 Ultra camera design?

Like most other Samsung smartphones in recent years, the Galaxy S22 series has been subject to extensive leaks over the past few weeks. Thanks to those leaks, we already know a lot about the upcoming devices well ahead of their official unveiling. However, nothing is set in stone as yet, it appears. The latest leak reminds us that there’s always the possibility of something changing for as long as the devices aren’t official.

That said, Samsung experiments with countless designs for its new flagships and develops prototypes for all those designs before finalizing one. So we can’t rule out the possibility that the latest leak shows components based on one of those early prototypes of the devices. The final Galaxy S22 Ultra rear camera design may be different or maybe it wouldn’t. We hope Samsung is considering the feedback from prospective buyers and decide against this P-shaped design.

The Galaxy S22 series isn’t said to break cover until February 2022. There’s still a couple of months for the unveiling, which is a lot for Samsung to change things. So until more concrete evidence pops up, do not take anything for granted. We will keep you posted. 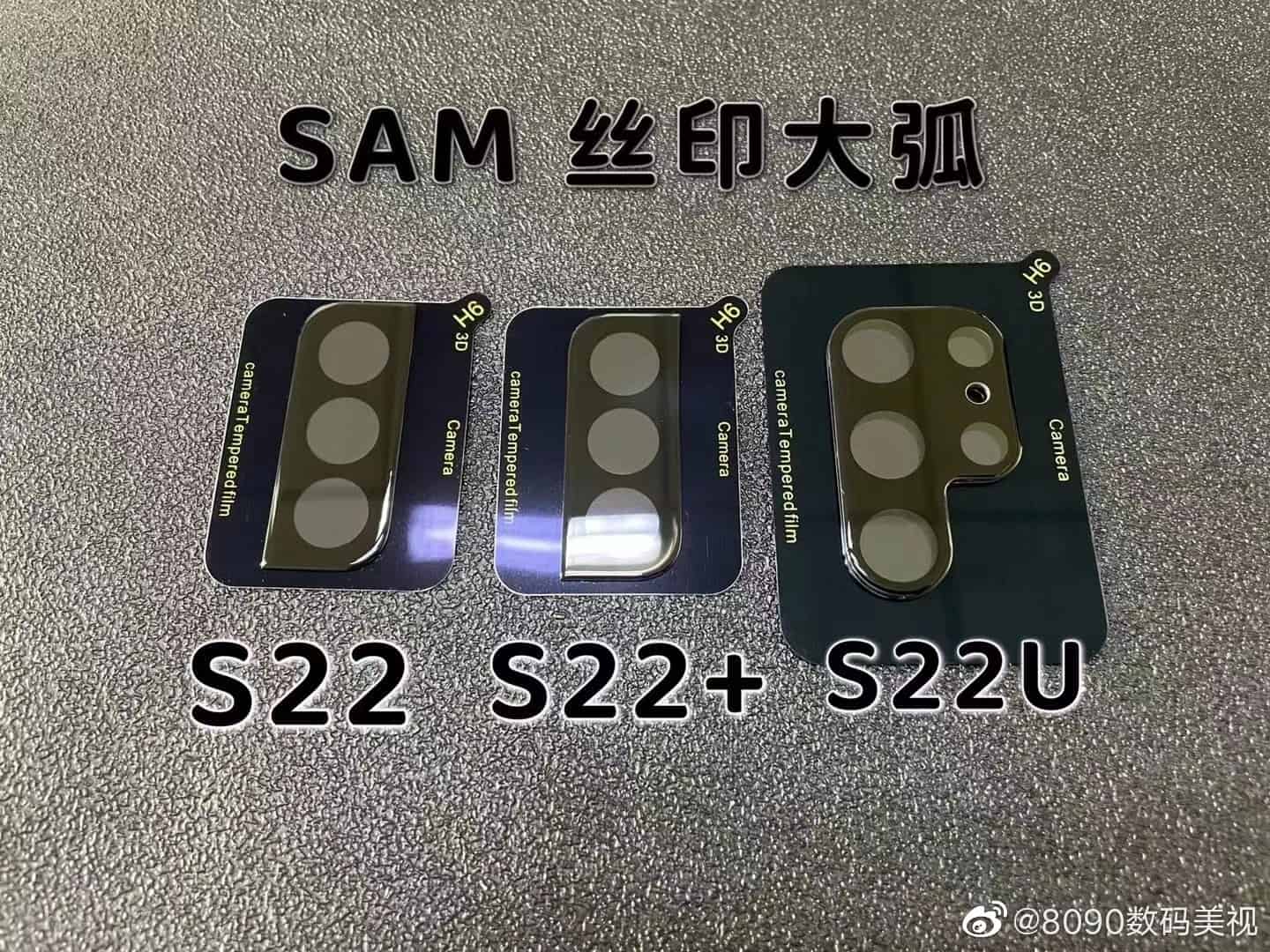