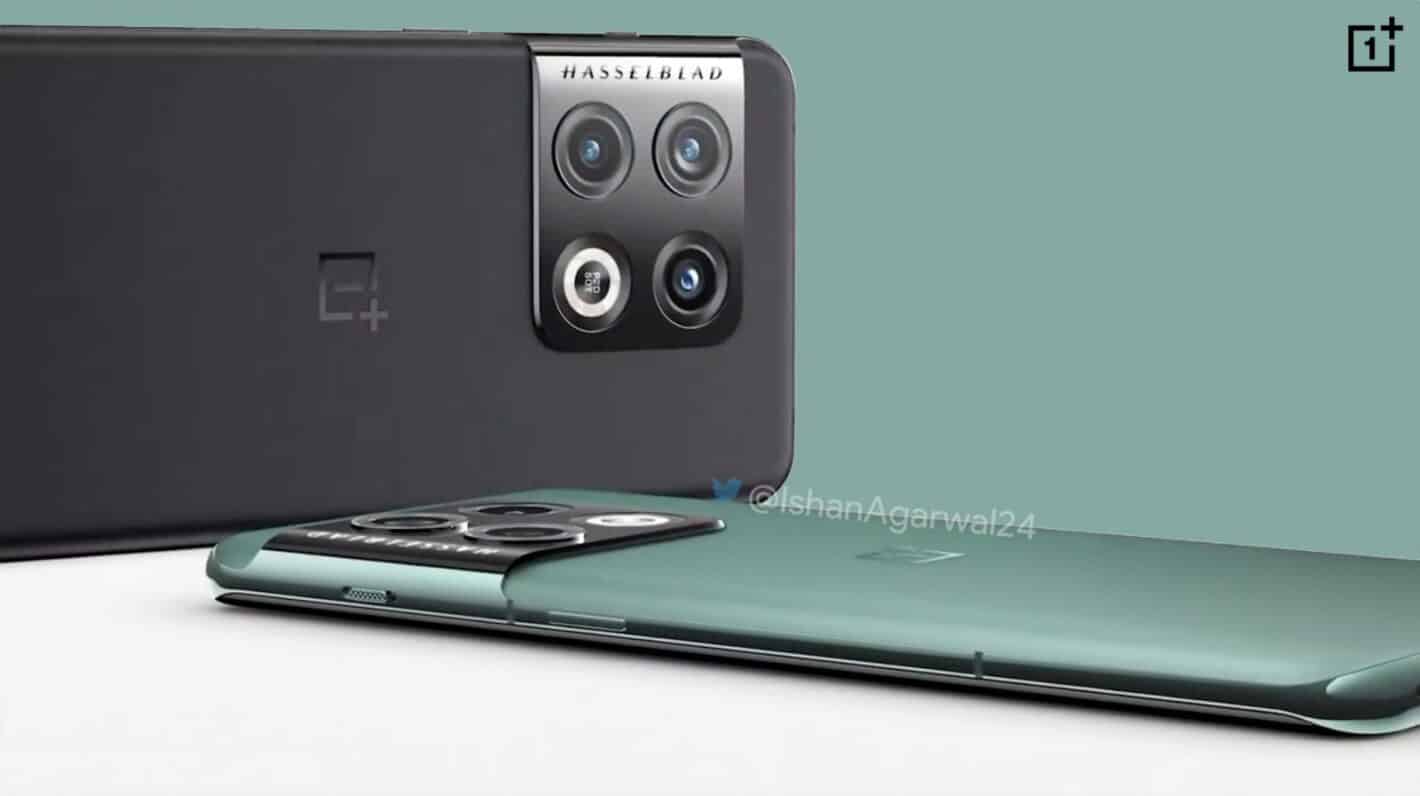 The OnePlus 10 Pro design has been confirmed via an official teaser video (embedded below the article), and the same goes for its launch date. The phone’s specifications and seemingly-official image have been shared by a very reliable source as well. So, we have plenty of OnePlus 10 Pro stuff to go through.

Let’s talk about the video first. It has been shared by Mayank Kumar, via Twitter, and it seems to be OnePlus’ official teaser. In it, you can see the OnePlus 10 Pro clear as day, and at the end of it, it is confirmed that the device will launch on January 11. Do note that it will launch in China only, it seems, the global launch will follow later on, probably in March or April.

Several tipsters shared that video and essentially confirmed what it shows us. This only confirms the phone’s design that initially leaked in CAD renders a while back.

The OnePlus 10 Pro will be made out of metal and glass, and its rear camera housing will be inspired by Samsung. It will protrude from the phone’s side frame. Hasselblad logo is also a part of that camera setup, as you can see, as OnePlus once again collaborated with Hasselblad.

The phone will include a curved display, and a display camera hole in the top-left corner. Its bezels will be really thin, while three cameras will sit on the phone’s back.

Now, the phone’s specifications have also been shared. They come from Ishan Agarwal, one of the best-known tipsters out there. He does share quite a bit of info here, so let’s get started.

The OnePlus 10 Pro will feature a 6.7-inch QHD+ 120Hz LTPO display. As already mentioned, that display will be curved, and have a display camera hole in the top-left corner.

The Snapdragon 8 Gen 1 will fuel it, though we already knew that, as OnePlus confirmed it. A 5,000mAh battery will be included in the package, and you’ll be able to utilize 80W SuperVOOC charging in order to charge it.

Wireless charging will also be supported. It will be 50W charging as on the OnePlus 9 Pro, though it’s now called ‘AirVOOC’, as OnePlus and OPPO have joined forces basically. The merger was announced a while back, and they were sister companies before either way, and borrowed tech from each other.

Reverse wireless charging will be included too, and it’ll likely be 10W charging. Stereo speakers have also been mentioned by the tipster, and the same goes for OxygenOS 12.

OnePlus plans to offer LPDDR5 RAM and UFS 3.1 flash storage inside of this phone. In regards to cameras, you’ll get 48, 50, and 8-megapixel cameras on the back, with Hasselblad’s backing. A 32-megapixel camera will sit on the front.

The OnePlus 10 Pro will measure 163 x 73.8 x 8.5mm. That is basically all the info he shared, in addition to the image shown above (featured image).