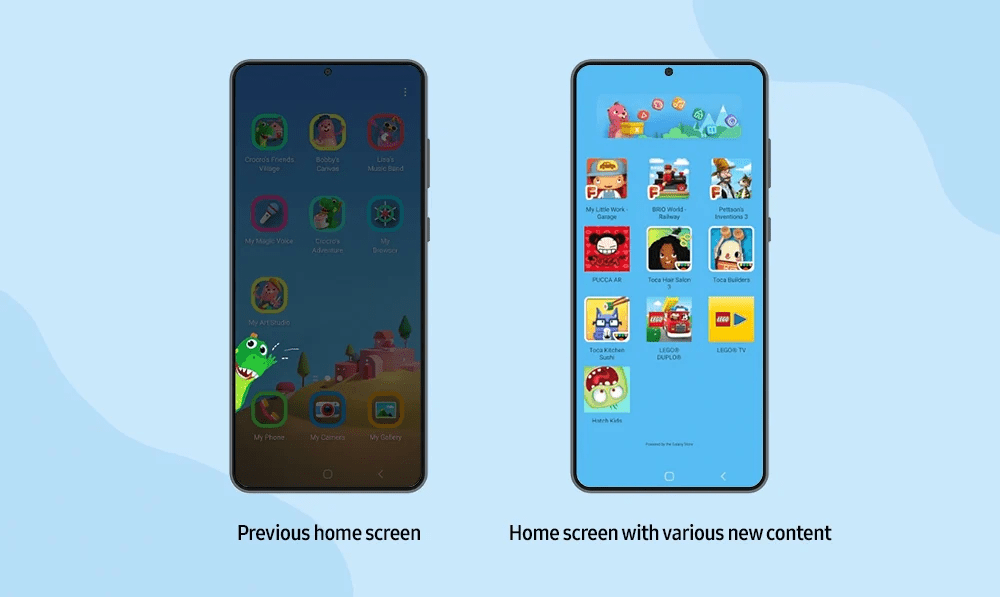 One UI 4.0 is Samsung’s in-house UI that is built on Android 12 OS. It brings a ton of new features and enhancements for eligible Samsung devices. Samsung Kids mode is also getting some new features with One UI 4.0 update.

For those who don’t know, Samsung has a dedicated kids mode on its devices, called the Samsung Kids mode. It lets parents or elders give their phones to kids, more safely in a fun way.

With One UI 4.0, Samsung is expanding the list of features and capabilities of Samsung Kids mode. Just for a fact, this mode was previously known as simply Kids mode but later was changed to Samsung Kids.

Among all these features, the most notable one is the option that lets you change the background color. It also adds the ability to select which apps should appear on the homescreen.

Moreover, as noted by XDA Developers, parents will also have the control to delete default apps and replace them with the apps they have downloaded and approved.

Additionally, the latest Android 12 based One UI 4.0 update for Samsung Kids mode brings updated parental controls. Parents can now have detailed insights on their kid’s smartphone usage for the day. They can further get details for the whole month as well.

Parental control also adds the ability to set up screen time. This will avoid kids to spend extended time on smartphones. Parents can set this screen time goal for every day or set up different goals for each day.

The new update further adds augmented reality (AR) apps such as “My AR Theater” and “My Art Studio”. These apps allow kids to create their own stories in AR. There are other fun apps, including LEGO DUPPLO World, DisneyColoring, and Toca Boca as well.

Besides, the updated Kids mode also gets new cards. This will allow kids to monitor their activities and screen on time by themselves. Kids also have the freedom to set up their own smartphone usage plans.

Last but not least, the Samsung Kids mode also gets a new onboarding experience. Kids will be welcomed with characters from Crocro’s Little Friends on the welcome board.

There are a total of six characters that will show up on the Welcome Board. Kids will be able to interact with these characters and their interaction will differ based on the situations and kid’s age. 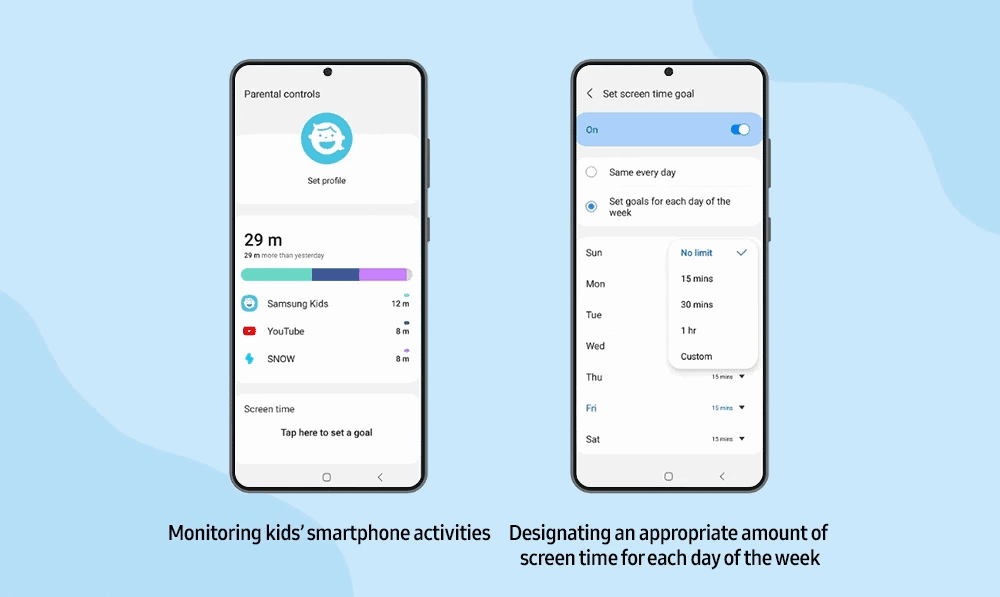 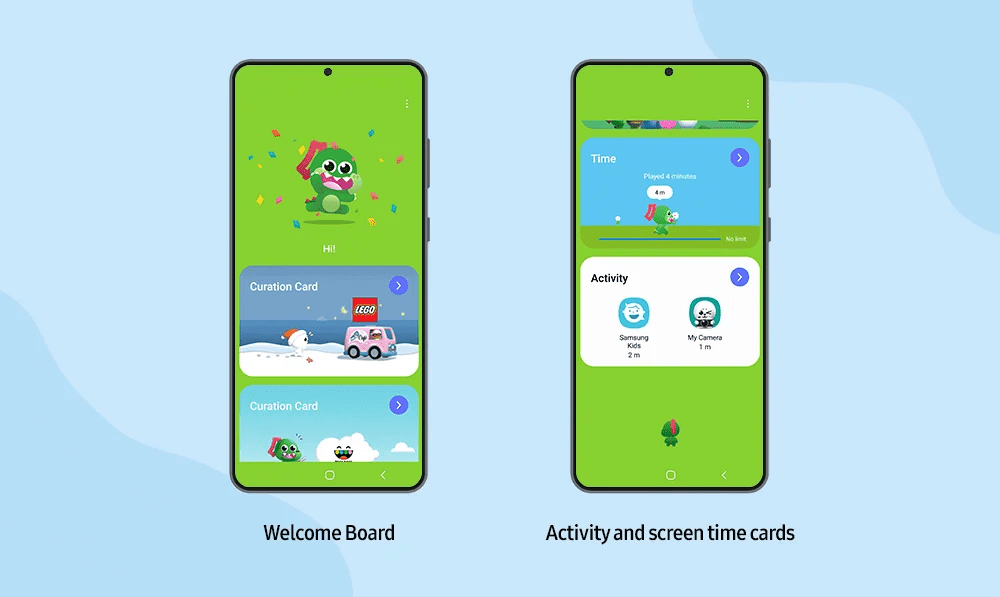 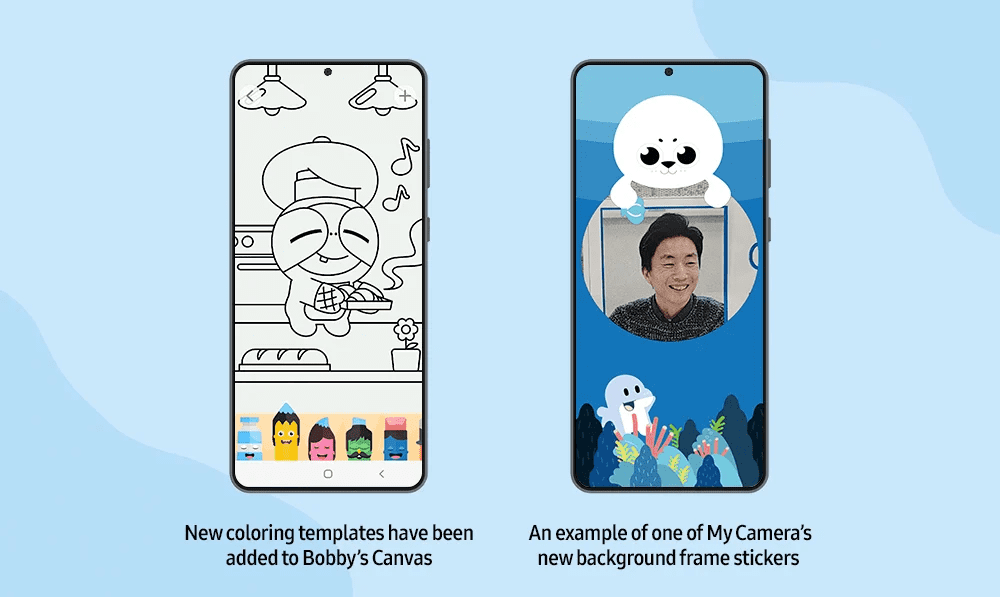 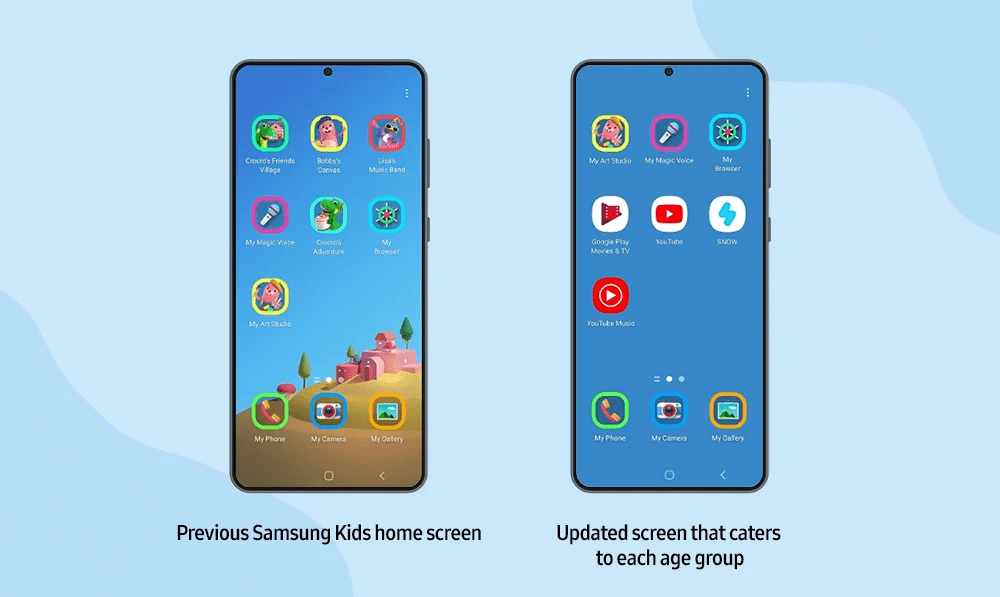 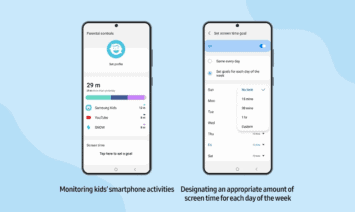 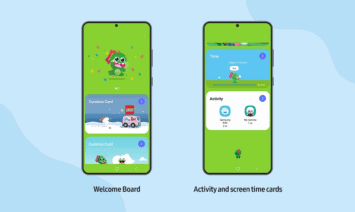 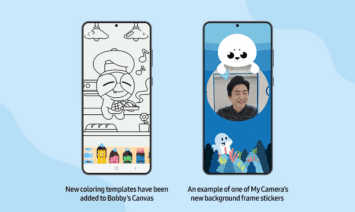 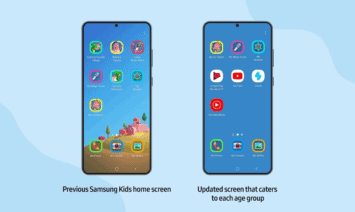