MediaTek has dominated the smartphone SoC market lately. Since overtaking Qualcomm as the largest smartphone chipset vendor in the world last year, the Taiwanese giant has gone on to register its highest-ever quarterly market share (43 percent) in Q2 2021. The numbers for the third quarter are now in and it shows the company almost repeated that feat. According to research firm Counterpoint Research, MediaTek captured a 40 percent share in the global smartphone SoC market in Q3 2021. That is significantly more from a 33 percent market share it captured in the same period last year.

The Taiwanese company has gained a strong foothold in the LTE segment as well as the low to mid-range 5G segment, the new report shows. While Qualcomm still has an upper hand in the high-end and flagship 5G segments, lower-cost models make up the bulk of smartphones sold globally. This has enabled MediaTek to comfortably retain its position at the top or even extend the lead.

MediaTek’s persistent growth means Qualcomm’s share dropped marginally year-on-year (YoY) despite a strong nine percent quarter-on-quarter (QoQ) increase in shipments. The American chipmaker’s Q3 2021 market share comes in at 28 percent. It does lead the 5G baseband modem market by a big margin though. Almost two-third (62 percent) of 5G-capable smartphone processors sold this past quarter were Qualcomm made. MediaTek distantly followed the company with a 28 percent share in this market. 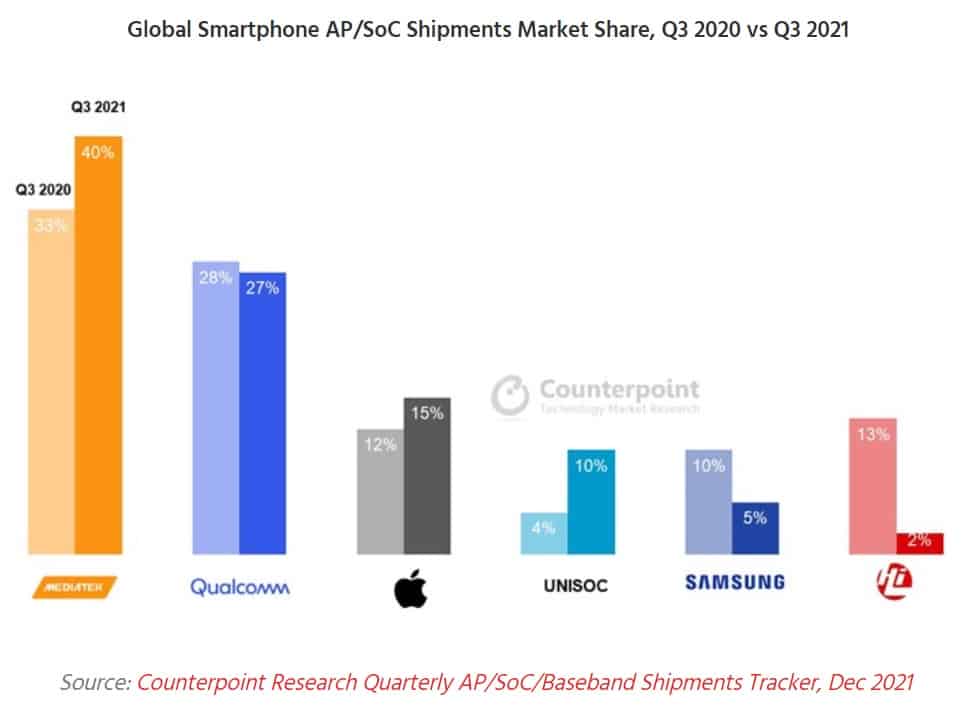 Samsung is falling down the order in the smartphone SoC market

While MediaTek and Qualcomm are fighting hard up top, another big name in the semiconductor industry is gradually falling down the order in this race. We are talking about the Korean giant Samsung, which has now slipped to the fifth spot, below Apple and China’s UNISOC. Its market share dropped from ten percent in Q3 2020 to just five percent this past quarter. UNISOC, meanwhile, more than doubled its share from four percent to ten percent during the same period.

According to the new report, this is due to Samsung’s ongoing rejig of its smartphone portfolio. The company is outsourcing the production of its budget phones to Chinese manufactures, which mostly use MediaTek or UNISOC processors. As such, Samsung’s in-house Exynos processors are now shipping inside lesser Galaxy smartphones than before.

Going forward, this chip war appears to be a two-horse race between Qualcomm and MediaTek. The latter is trying hard to give the American giant a run for its money in the flagship 5G segment. Time will tell who comes out on top. 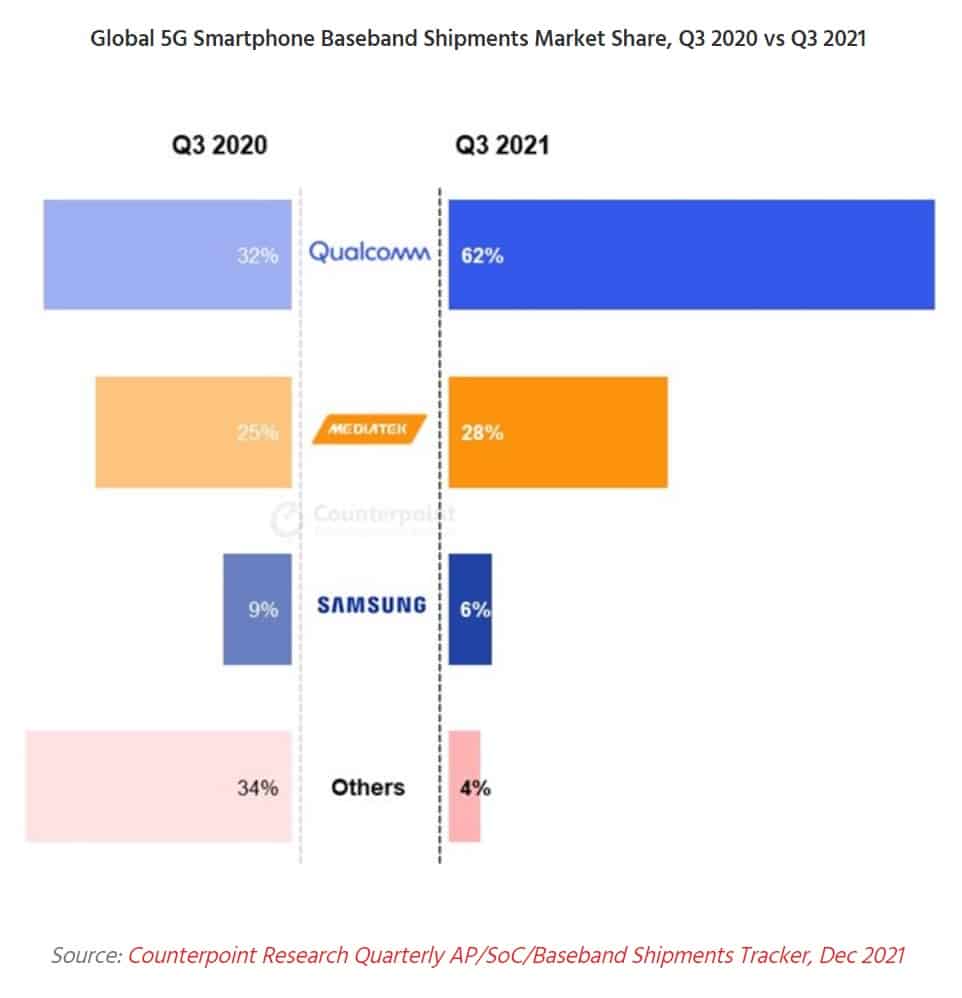