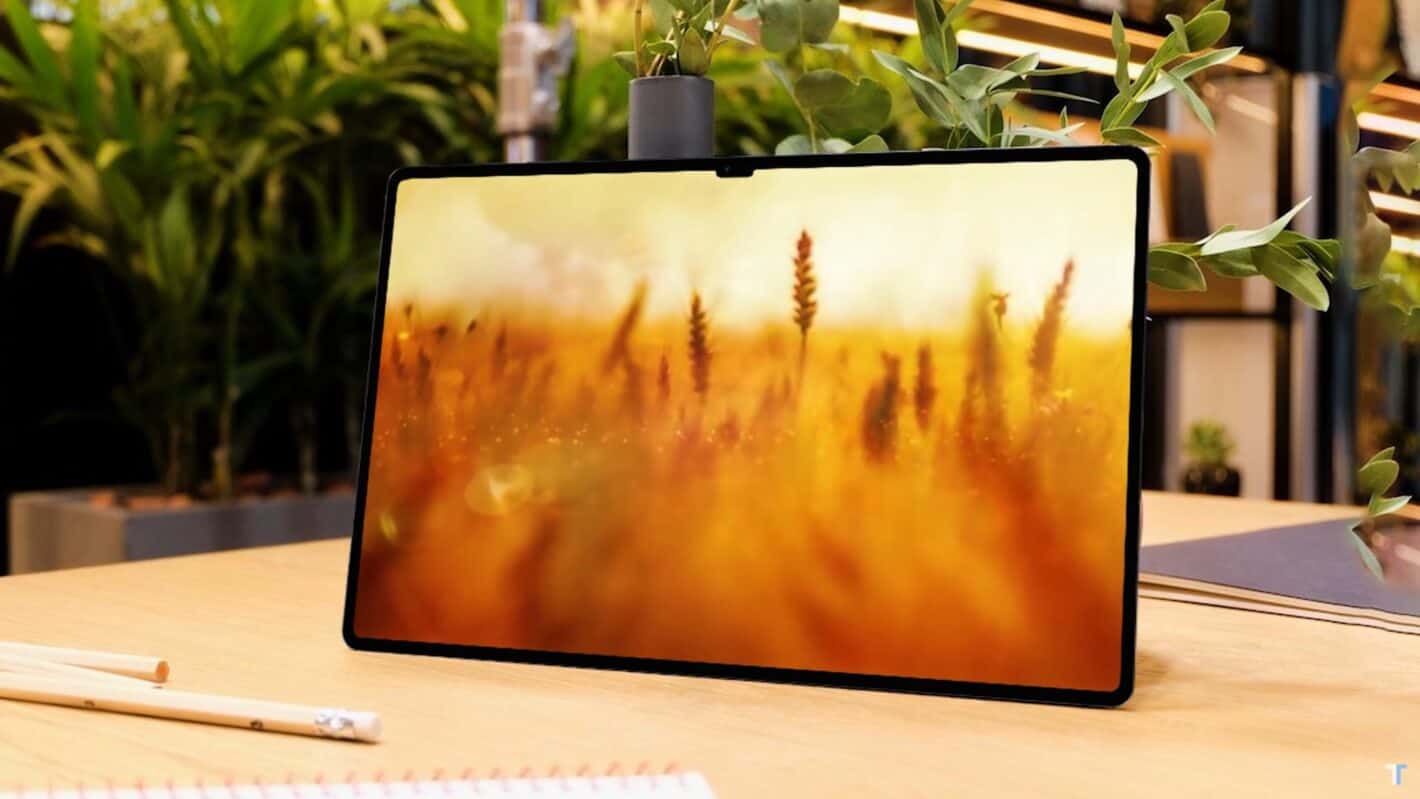 Samsung has long dominated the high-end Android tablet world. It is now looking to add to that lead with the Galaxy Tab S8 series early next year. We are expecting three new flagship Android tablets from the company — Galaxy Tab S8, Galaxy Tab S8+, and Galaxy Tab S8 Ultra. The latter has now leaked extensively much ahead of the official unveiling. The folks over at SamMobile have got hold of pretty much all the key specs and new features of the upcoming tablet.

Galaxy Tab S8 Ultra gets leaked extensively ahead of launch

According to the report, the Galaxy Tab S8 Ultra will sport a 14.6-inch WQXGA+ display. The centered notch at the top will house two front-facing cameras for selfies and video calls. There’s a 12-megapixel primary camera and another 12-megapixel ultrawide lens. The device also gets two cameras at the back: a 13-megapixel main shooter flanked by a 6-megapixel ultrawide camera.

Qualcomm’s latest Snapdragon 8 Gen1 chipset powers Samsung’s upcoming flagship Android tablet. The Korean company will reportedly offer the device with up to 16GB of RAM and 512GB of storage. It will run Android 12 out of the box, with Samsung’s One UI 4.1 on top.

The Galaxy Tab S8 Ultra will come in both Wi-Fi-only and cellular variants, with the latter offering 5G connectivity. It will pack an 11,200mAh battery that supports 45W fast charging. The tablet will, of course, support the S Pen, which will attach magnetically to the back.

The bezels around the new tablet’s display are reportedly 6.3mm wide, while the device itself measures 208.6 x 326.4 x 5.5mm in dimension. Those numbers suggest Samsung has a pretty slick tablet in the making.

Not just specs, the Galaxy tab S8 Ultra has some impressive new features in tow as well. Among them is the DeX Portrait Mode, which will let you use DeX mode in portrait orientation. The new tablet will also get a dedicated Samsung Health app, a first for the entire Galaxy Tab lineup. Samsung has reportedly optimized the app and made necessary tweaks to suit the large screen of the tablet. One notable UI change is a 3-column layout that shows an in-depth analysis of your Samsung Health data.

Samsung fails to protect another product from leaks

Samsung is finding it very difficult to keep new products under wraps until their official unveiling. Almost every product it has launched in recent years has been subject to extensive leaks beforehand. And despite it deploying stricter policies, there’s no stopping to such leaks. And no, it’s not those minor leaks that reveal information in bits and pieces, sometimes making calculated guesses. But we are talking about major leaks that kill all the excitement around a device much ahead of its unveiling, like this Galaxy Tab S8 Ultra leak.

That’s how things have panned out for some time now and it’s not certain whether we will see a change anytime soon. Meanwhile, you can expect to hear more about the Galaxy Tab S8 trio in the coming weeks as Samsung prepares for their launch.