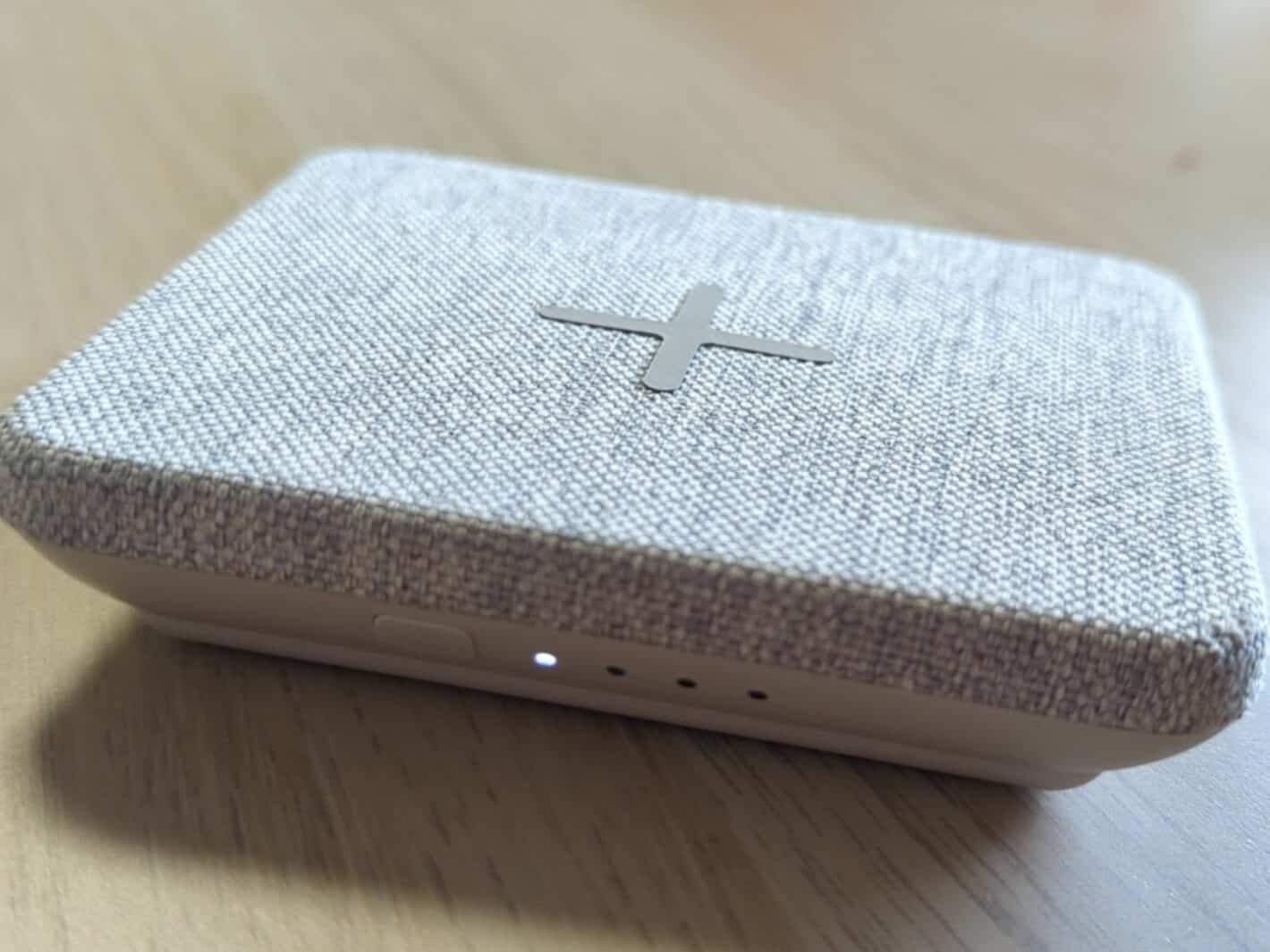 Everyone knows Ikea for its popular stores, but the company has released some electronic devices from time to time. According to a report from Mobiflip, Ikea has just released its new Nordmärke portable wireless charger. What’s odd is that it was silently released to the German market.

The Nordmärke is a Qi powered wireless charger

Being able to charge your phone or wearable on the go has always been a boon to tech-savvy users, and doing so wirelessly only helps. This new wireless charging pad uses Qi wireless charging technology, and it comes with a decently sized battery built-in.

On the underside of the device, we see the specs. There’s a 6500mAh lithium-ion battery on board, and it outputs 5 Watts of power. The Nordmärke charges via USB-C, and it has LED indicators on the side to let you know how charged it is.

It comes with a charger and wall adaptor in the box

Now, we don’t often get chargers in the box with our devices anymore. An image on Mobiflip shows the bottom of the box, and it shows the contents. Luckily, it clearly shows that the Nordmärke portable charger does come with a charger. The cord is a typical USB-A to USB-C charger, and it connects to a typical wall adaptor.

Ikea only launched this for the German market

For some reason, the Nordmärke portable charger was secretly launched in the German market. How secretly? Ikea didn’t even list it on its official website at the time of writing this article.

So far, we know that people can pick up a Nordmärke portable charge in stores in Cologne, Germany. Folks can only pick them up at the physical location, not online. Ikea hasn’t stated why it chose to do this. It costs 20 euros, which converts roughly to $22.57. 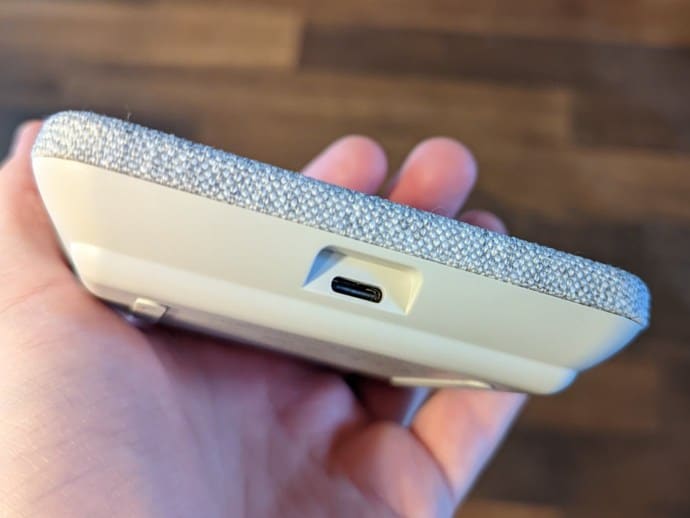 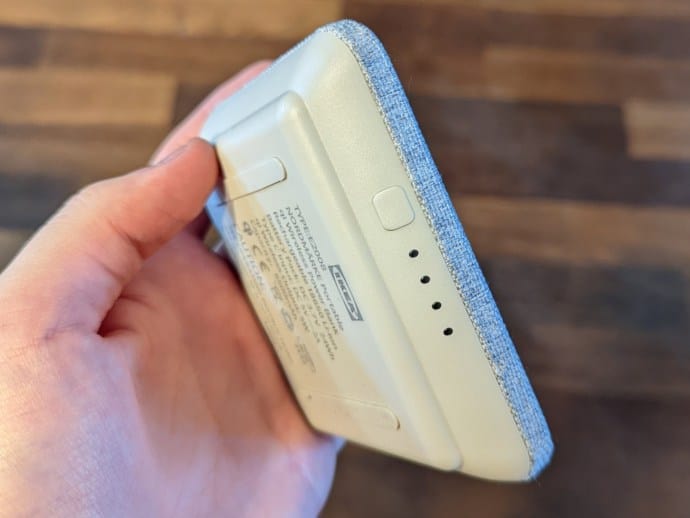 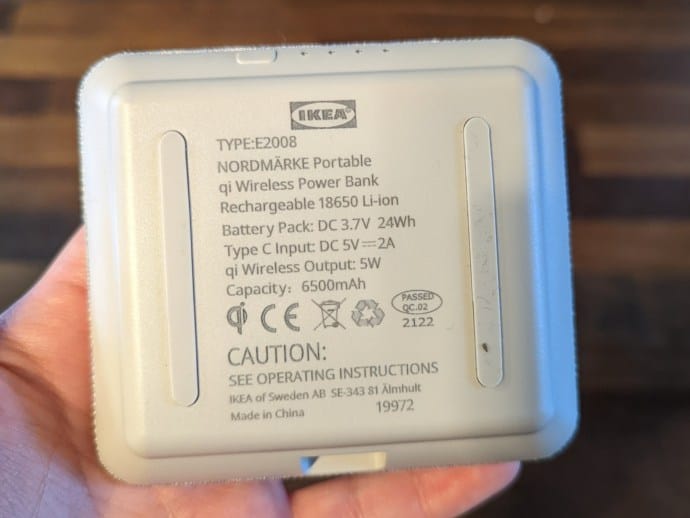 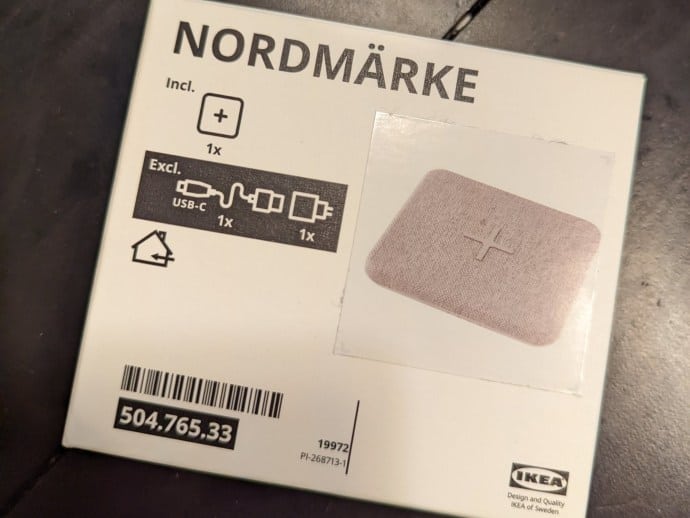 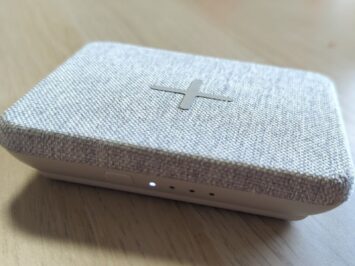 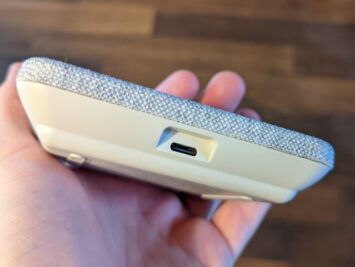 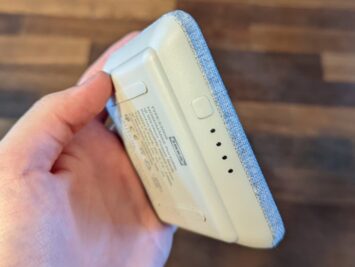 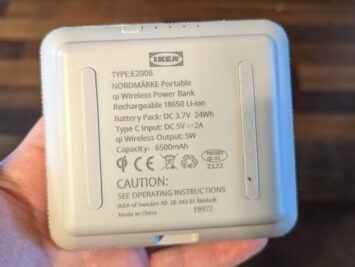 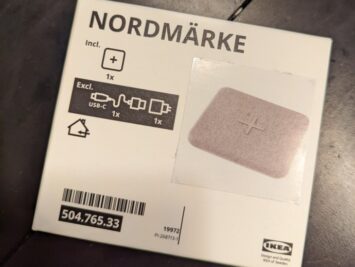 What’s different about this device is that it can actually charge your device through a surface. You would attach this device to the underside of a table or desk, and when you place your phone over it, it will charge. The surface can’t be more than .31 – .87 inches thick. Unlike the Nordmärke, the Sjömärke is actually on the website, and you can buy it for $39.99.