Spotify may not be the first company to have added lyrics playback or the ability to look up lyrics to a song but the feature is finally live following a recent announcement from the company. That’s following the earlier addition of features to search by lyrics. And, of course, it’s available to all users, not just those with a Spotify Premium subscription. But, the ability to look up song lyrics is only as useful as those are easy to find. And, unfortunately, the placement isn’t necessarily going to be obvious to all users.

Well, if you’re looking to find the feature, in-app or online, this guide is here to help.

Before getting started, it’s important to note that not all songs on Spotify will have lyrics. So, even if you know how to find the lyrics on Spotify, they may not exist for every song you’d like. Additionally, there have been some issues for some account holders, even those with Premium Spotify subscriptions. So it may be the case that if lyrics aren’t showing up for you on a specific account — especially if they do show up on the same song for another account — that you need to contact Spotify’s support team.

Setting that aside, the lyrics themselves are relatively easy to find if you know where to look. 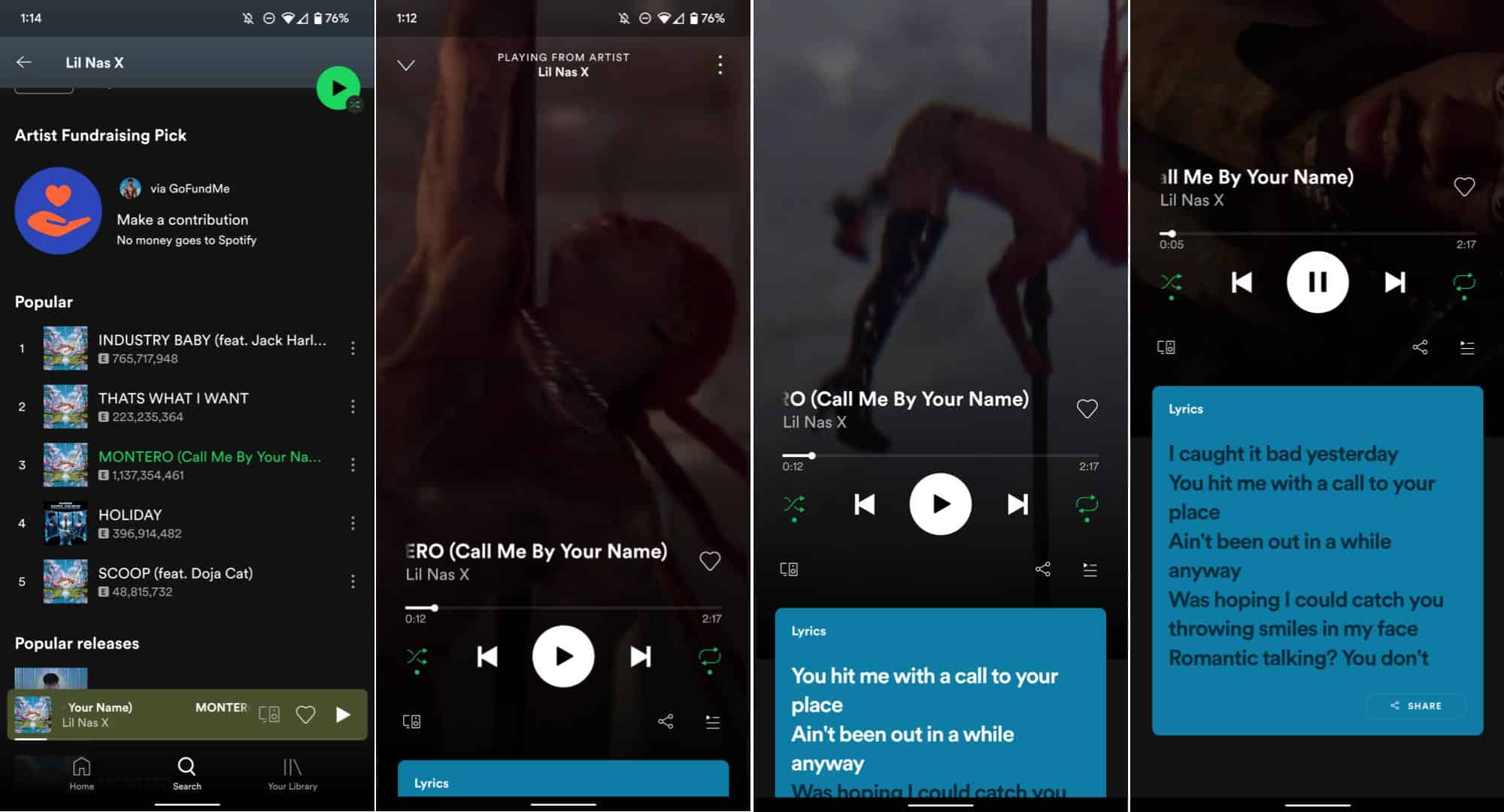 The lyrics can also be found on the desktop, on the web, or on other platforms

Now, it is also possible to find the lyrics on the web, for those using Spotify on desktop platforms. The process will be a bit different for the platform but should be fairly intuitive. Or at least it is so long as you know where to look. So we’ll address how to do that here.

Of course, the Lyrics UI isn’t found in exactly the same spot as in the app either. And, just as with the app, not all songs will have lyrics. So the UI may not be immediately obvious to every user either.

Breaking down exactly what’s different between the app and the online interface is, however, a straightforward affair.  For starters, instead of featuring a pull-up style interface, users will need to look to the bottom bar UI itself. On the web, that will feature an additional icon, shaped like a microphone. And a tap or click on that icon will call forward the Lyrics UI.

Once displayed, the UI works similarly to the mobile version on either Android or iOS. Namely, a segment of the lyrics is shown in easy-to-read, large lettering. And the current lyrics being sung by the artist are highlighted in real-time. Just in case you might like to sing along.

Conversely, by bringing up the “Now Playing View” — full-screen song view — on another gadget, such as a TV, you can also display lyrics there. Specifically, by selecting the “Lyrics” button at the bottom-right-hand corner.