If you take a look at the image below this paragraph, you’ll see the device in question. This phone is reminiscent of both the HONOR 50 and 60 when it comes to the design. The back side looks basically identical, including those two camera-related circles on the back. 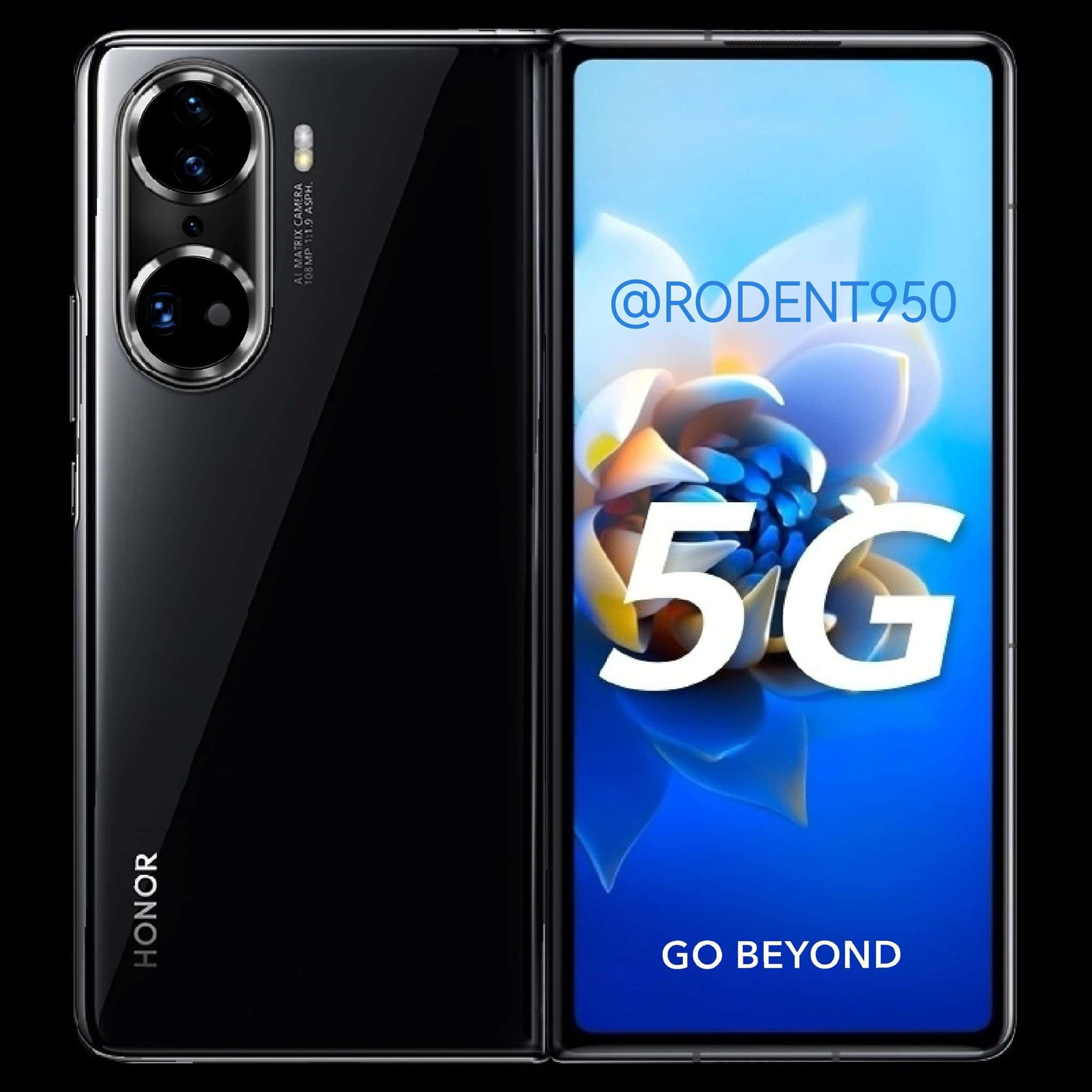 The front side is different, though. There is a large, flat display there, and no display camera hole to speak of. Unfortunately, this leak does not show us the phone’s main display. It does show us the phone unfolded, but from the wrong side.

It is worth noting that the secondary display has rather thin bezels, which is a good thing. This image comes from Teme, a tipster, though we cannot guarantee it’s legit.

The device is rumored to include an 8-inch main display, with a fullHD+ resolution. A powerful chip will be included (perhaps not a flagship one, though), we’re sure, while HONOR allegedly plans to offer 8GB of RAM and 256GB of storage here.

A 108-megapixel main camera will be included

A 108-megapixel main camera will be placed on the back, and will use pixel binning to deliver 12-megapixel shots. Ultrawide and telephoto cameras will also sit on the back.

A 4,500mAh battery was also mentioned in rumors, and the same goes for Android 11. It is possible, however, that the device will ship with Android 12 once it launches, of course.

This smartphone will include Google Play Services, by the way. The HONOR 50 series represented the return of HONOR to Google’s fold, so… there you have it. HONOR is no longer Huawei’s company, so it’s not affected by the US ban.