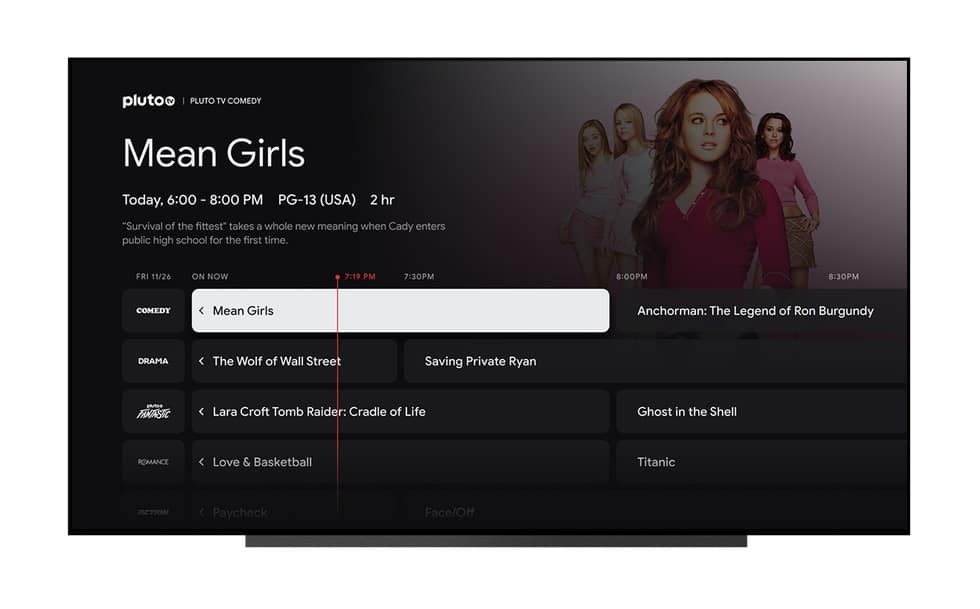 Google TV is adding another streaming service to its homescreen: Pluto TV. Content from the ViacomCBS-owned cord-cutting service will now appear on the “Live” tab on Google TV. With this addition, Google TV users have hundreds of free live TV channels to watch.

According to Google, this integration with Pluto TV will bring more than 300 free, ad-supported live TV channels on Google TV. Users will be able to see what’s playing now on the Live tab or visit the “For You” tab for free live TV recommendations. This support started rolling out Monday and will be available to all Google TV users in the coming weeks.

This isn’t the first time Google TV users are getting access to Pluto TV, of course. The service existed as a separate app on the platform for quite some time now, as well as the older Android TV platform. But this integration makes finding new content on Pluto TV easier for Google TV users as the service is directly baked into the homescreen.

Google TV also offers a similar integration for Sling TV and Philo. But both of these are paid streaming services. YouTube TV, which was the only service that supported such integration with the platform at launch, also requires a paid subscription. Pluto TV is the first free service to support integration with Google TV’s Live tab. You can, of course, also watch free content from other sources such as the Roku Channel. Just that you’ll need to dig through the individual apps for these services.

Along with announcing the integration with Pluto TV, Google has also detailed several other ways of watching free content on Google TV. These include free movies on YouTube, as well as other third-party apps like Tubi, Xumo, and Red Bull TV. If you have Google Play Points, you can redeem them to buy movies, shows, books, apps, and games from Google. The company says it will add “more ways to watch for free” in 2022.

Meanwhile, Google is running an attractive promotion that gives new Google TV users in the US six months of Peacock Premium for free. Usually $4.99 a month, the service has thousands of hours of movies, TV shows, and other content on offer. Note that Peacock Premium isn’t completely ad-free. You’ll have to shell out $9.99 a month for the Peacock Premium Plus plan if you don’t want to see any ads. You can find everything you need to know about Peacock here.