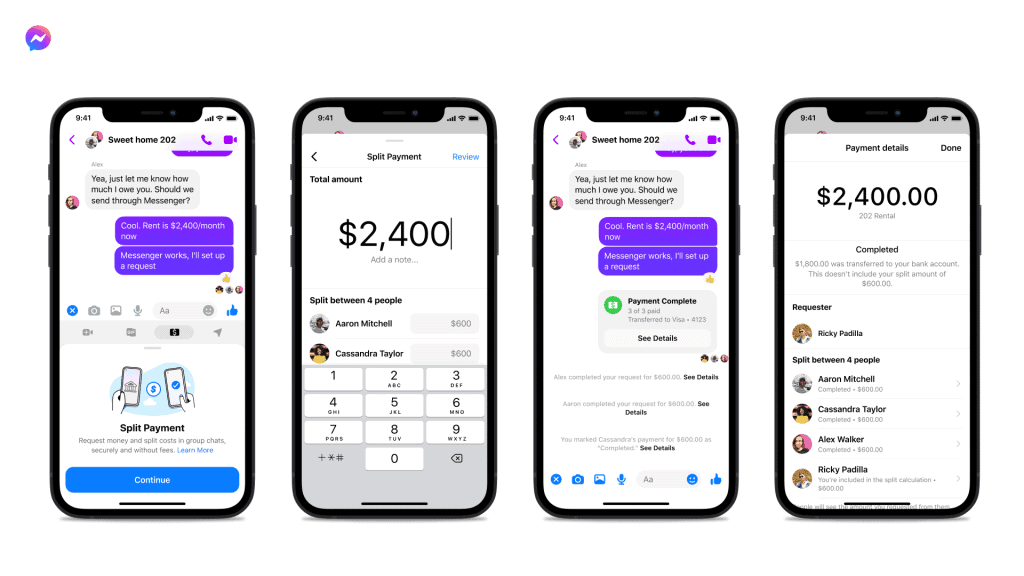 Facebook Messenger is getting a new bill splitting feature, the company said. This would allow users to divide a restaurant bill or any other expense among a group of people directly from the messaging app.

The company said in a blog post (via) that the feature would make its way to select users in the U.S. as part of a test. It’s currently unknown if the feature will expand beyond the region after the testing period.

The Messenger team also shared a bunch of screenshots for the feature. The company is officially calling this “Split Payments,” marketing it as “a free and fast way to share the cost of bills and expenses.”

Splitting expenses from Messenger makes sense if you’re using Facebook Pay for payments. Users can tap the “Get Started” button on groups chats or the Payments Hub within Messenger to access this new feature. The company mentions that bills or expenses can be split “with or without yourself included.”

The Messenger blog reminds us of the new soundmojis and chat themes introduced in November. This includes two new Stranger Things soundmojis which are accessible via the loudspeaker icon from the expressions menu. There’s also a chat theme dedicated to the popular Netflix series ahead of its fourth season in mid-2022.

The inclusion of features like bill splitting and new group effects is undoubtedly exciting. However, Meta has also taken some controversial steps over the past few months. The corporation recently said it is delaying the rollout of default end-to-end encryption for Instagram and Messenger by a year. This means that the security standard won’t arrive on either app until at least 2023.

This decision reportedly comes in the wake of concerns from law enforcement agencies about a potential rise in criminal activity with default encryption on both platforms. However, WhatsApp, also owned by Meta, offers this encryption standard by default.