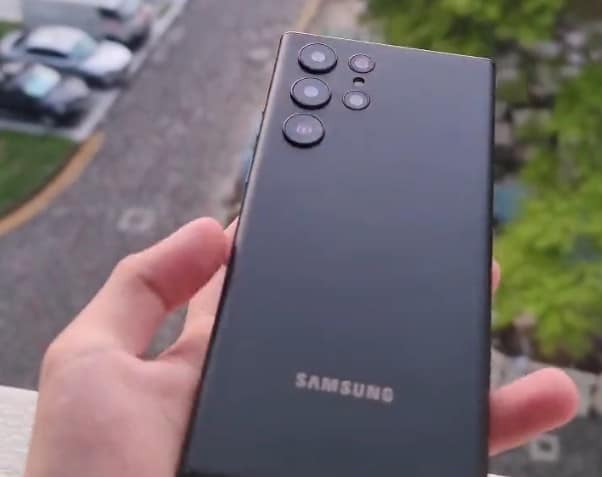 A detailed Samsung Galaxy S22 Ultra dummy unit has appeared in a 1-minute video. This is not the first time it surfaced, as we’ve seen it compared to its siblings, and the Galaxy S21 Ultra in the past.

Just to be completely clear, this is a dummy unit, which means it’s not an actual working phone. Its design is based on a real device, though, and it’s allegedly spot on when it comes to the design.

This is what you can expect the real Galaxy S22 Ultra to look like, that goes for the overall design, and size. So, as we expected, it will be quite large, while its design will be proportional.

The Galaxy S22 Ultra display will be curved, while a display camera hole will be placed at the top. A Type-C USB port will sit at the bottom, along with the phone’s main speaker.

At the back, you’ll see a new camera setup, as it will differ from what we’ve seen in the Galaxy S21 series. The Galaxy S22 and S22+ will still utilize that rear camera setup (design), but the ‘Ultra’ model will take a different approach.

Every single camera and sensor is included in its own circular cutout which protrudes on the back. It actually looks quite nice, and neatly organized, to say the least. All those cameras are included in the top-left corner, and there are four cameras back there, it seems.

Samsung’s logo will be placed in the bottom portion of the phone’s back side, as expected. This device will be made out of metal and glass, if rumors are to be believed.

The Galaxy S22 series will become official in February, allegedly. Samsung still didn’t confirm anything, but the Galaxy S21 FE is finally expected to launch in January.