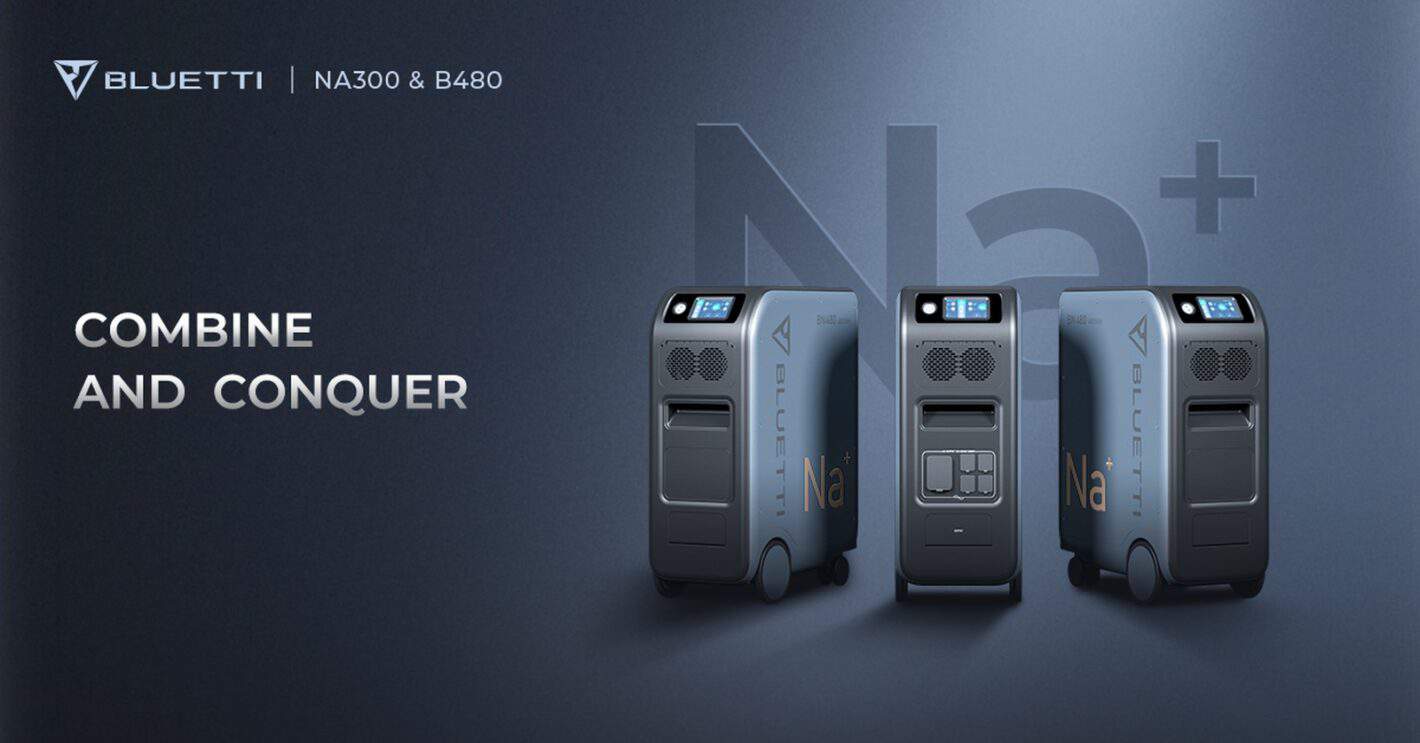 Climate change has been a wake-up call, and has been pushing the world towards carbon neutrality. It basically pushes us to switch to renewable energy systems.

The chemical lithium-ion batteries have been dominants in consumer electronics, automobiles, and aviation since they were commercialized back in 1991 by the Sony Corporation.

Bluetti says that the energy shift is facing the lithium supply crunch with rising large-scale demand. Now, sodium and lithium are the closest metals in the same group, with rather similar chemical properties.

There is over one thousand times more sodium than lithium in the Earth’s crust. So, sodium-ion batteries are kind of seen as an ideal replacement to lithium-ion batteries.

That being said, Bluetti’s sodium-ion solar generator is called ‘NA300’. Bluetti also announced a compatible battery pack for this generator, the B480. These two announcements follow quite a few products that the company announced in the past two years, including the Bluetti AC200P, EP500, and AC300. 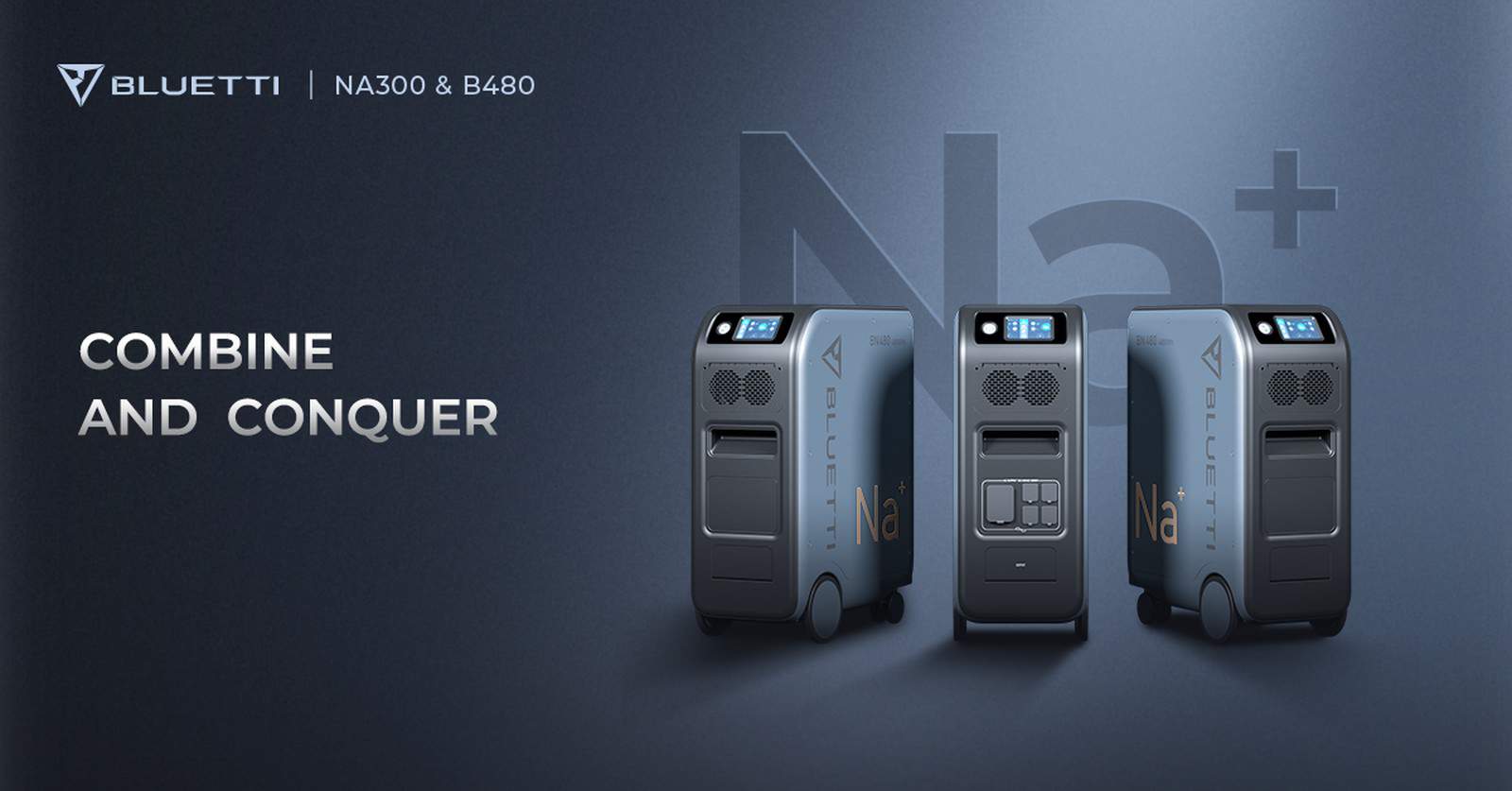 That being said, the Bluetti NA300 also outstrips the EP500 Pro’s 2,400W collar input to 3,000W. That is an improvement, needless to say. Bluetti says this is the fastest charging solar generator, as it can be recharged from 0 to 80-percent in half an hour by 6,000W swift AC + PV dual charging.

With two battery modules you can get the Bluetti NA300 capacity up to 12,600Wh

The Bluetti NA300 also offers the 240V, 6,000W connection with a Fusion Box and another NA300. You can control it via iOS or Android, thanks to the IoT App Remote Control.

The company says that the first-generation sodium-ion battery rivals the LiFePO4 battery cells which are used in other Bluetti products. It rivals them in security and long cycle life, except for the low energy density.

It does excel in terms of cost, low-temperature performance, quick-charging, and other electrochemical aspects. The Bluetti NA300 also excels in a low-temperature environment of -20°C (-4℉). The sodium-ion battery pack in NA300 and B480 has a retention rate of more than 85-percent, and it provides a system integration efficiency of over 80-percent. 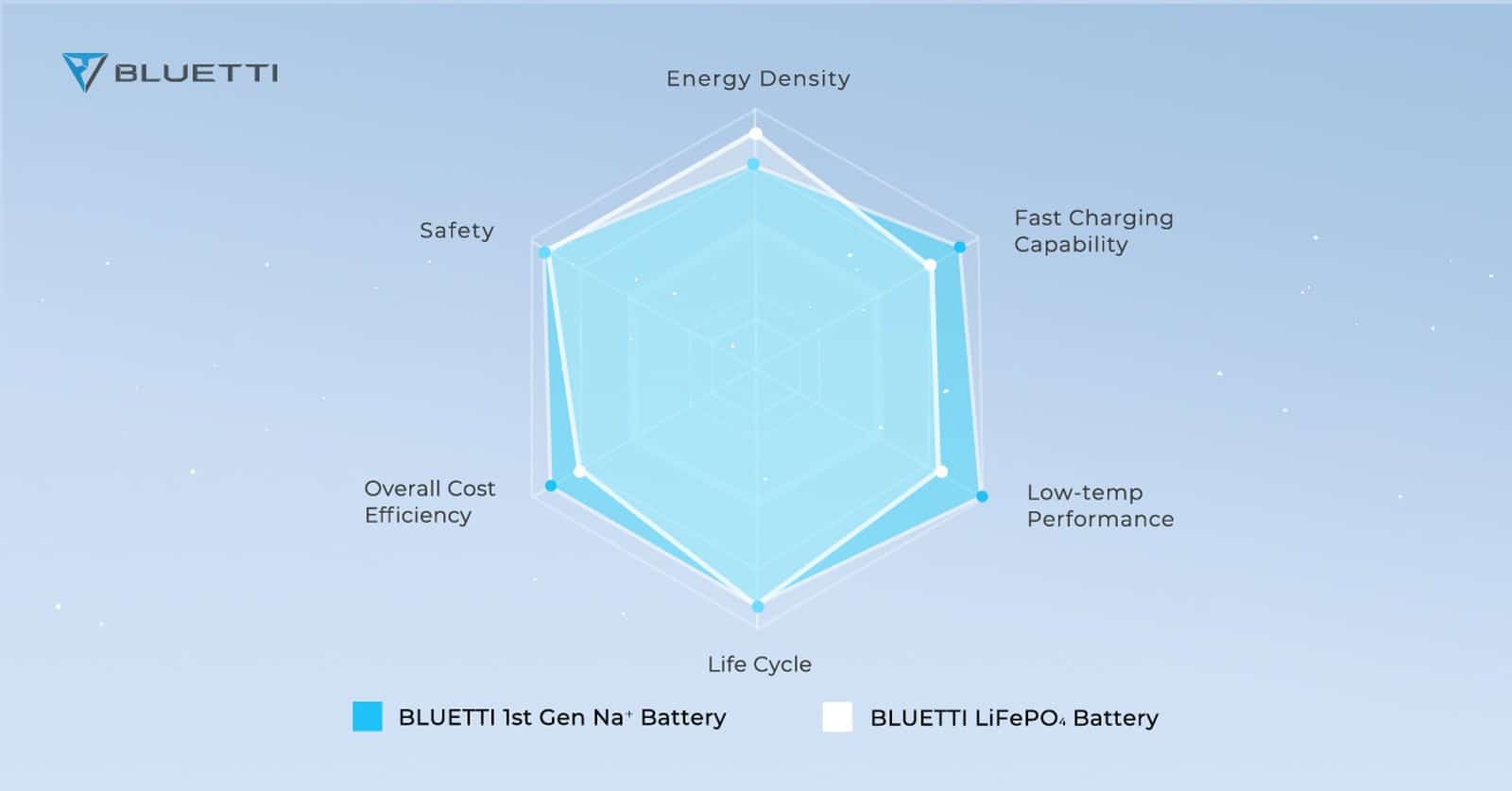 The Bluetti NA300 will make a debut at CES 2022, while the company is also planning to announce some new products in the near future. Stay tuned for that, and visit www.bluettipower.com for more information.