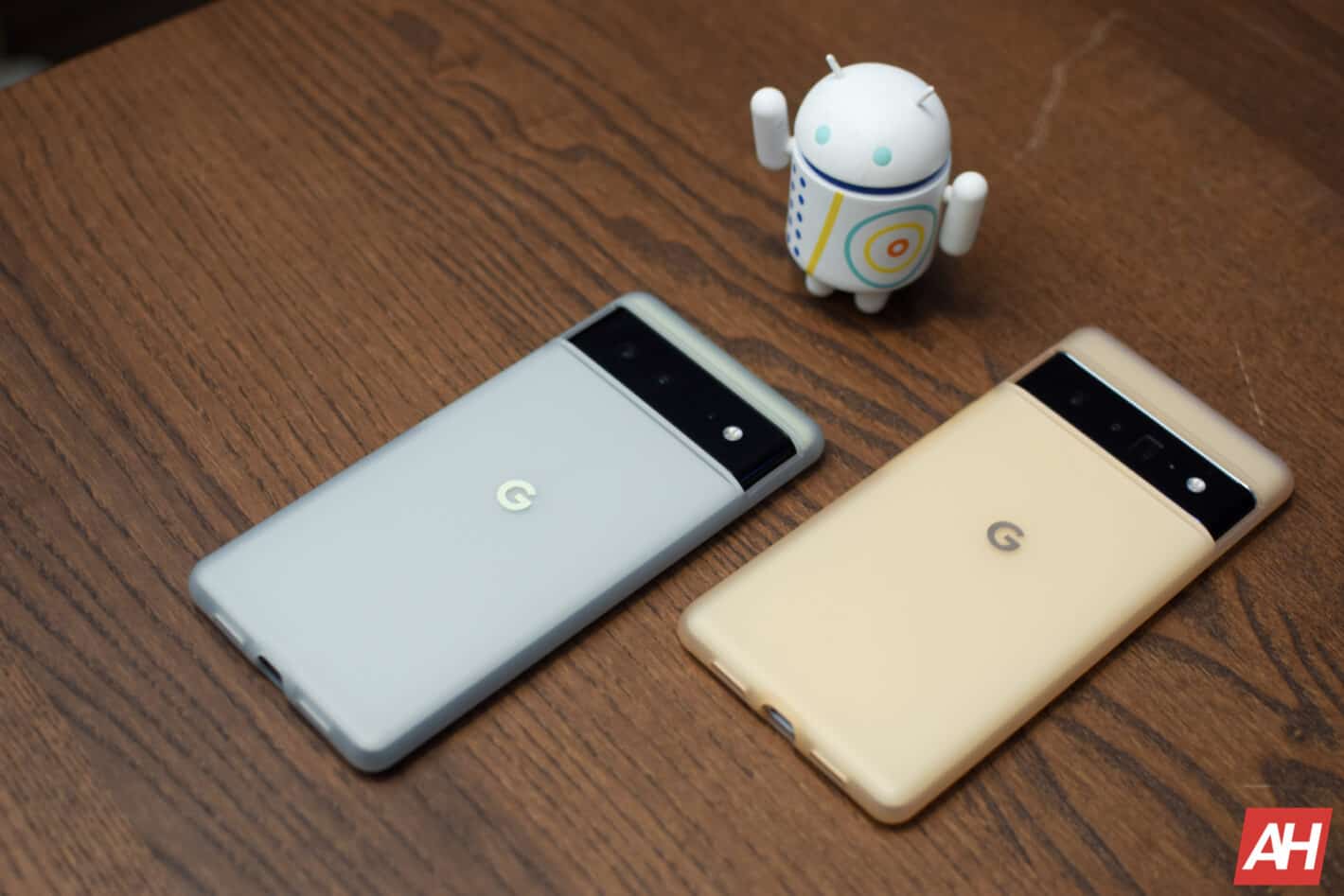 Android 12 began rolling out a couple of months ago, starting with Pixel devices. In the meantime, we’re awaiting the stable release of Android 12L, which was initially believed to be called Android 12.1. Now, a new leak is giving us our very first glimpse of Google’s next major mobile operating system – Android 13. This operating system is codenamed “Tiramisu.”

The folks at XDA have received some early screenshots of Android 13 courtesy of an unnamed source. Bear in mind that this is reportedly an early build of the operating system, so some of these features may not make the final cut.

Android 13 could improve the way notifications are managed

First up is “App Language,” which allows users to set a different language for each app. In its current form, users can only change the language on a system level. This means that the language chosen would reflect across all apps. Understandably, this can be a hindrance for people who prefer having a specific language for an app. 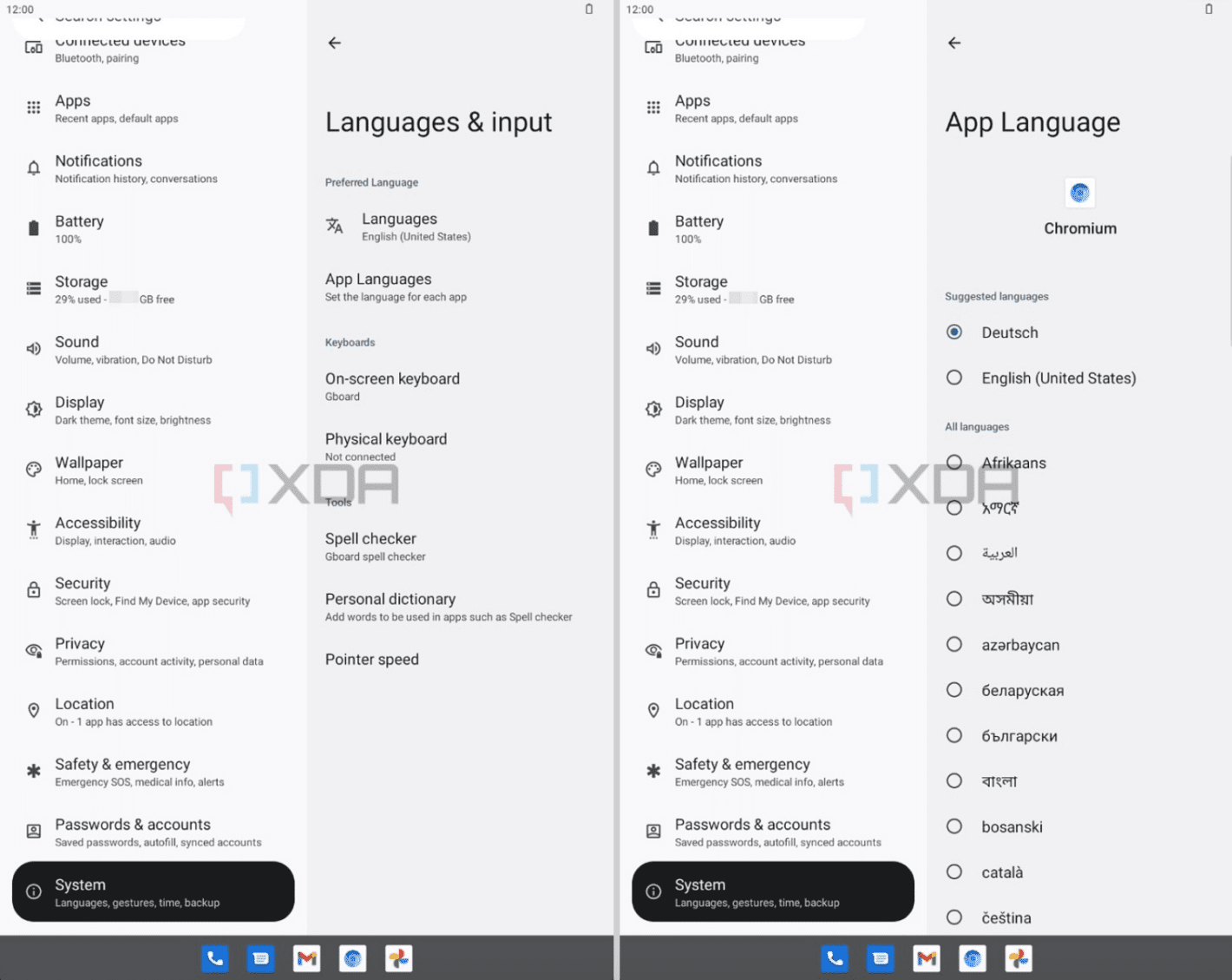 We’ve previously learned of a feature codenamed Panlingual that supports multiple app languages. This will reportedly appear inside “Languages & input” with Android 13. Meanwhile, users can also access this feature from the “App info” section. The screenshots show the presence of App Languages while navigating to Settings – System – Languages & input. However, apps will require the strings for the chosen language to reflect the changes.

Another feature reportedly coming to Android 13 is new runtime permission for notifications called “POST_NOTIFICATIONS.” This is primarily aimed at reducing the clutter of notifications from apps. 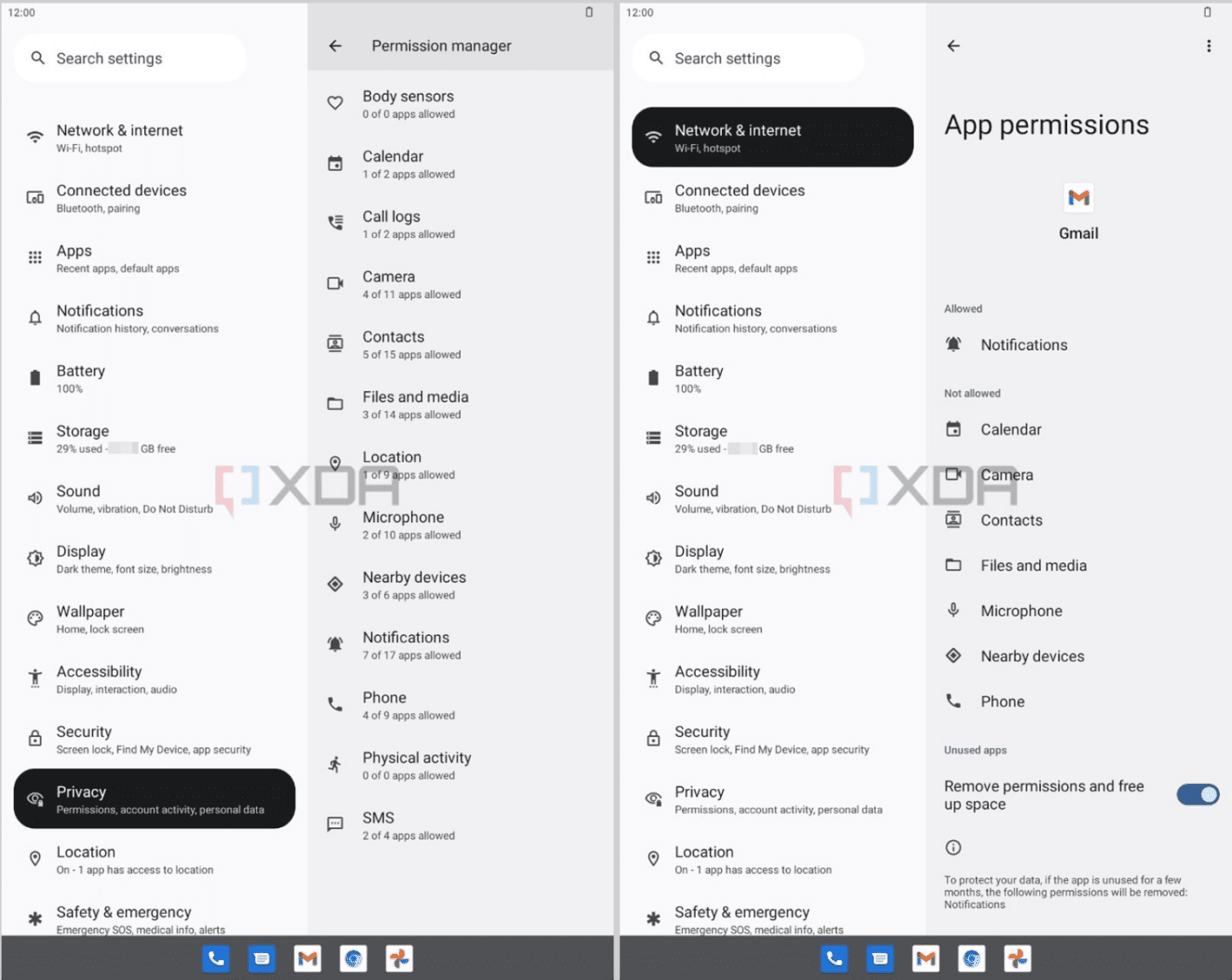 With the new inclusion, users could theoretically allow an app to notify them in the same way as apps requesting Location and Camera access. XDA notes that the settings pane for this feature is not functional at the moment. Also, there aren’t a lot (or any) apps out there to test this particular addition. So there’s still some ambiguity regarding the functionality of runtime permissions for an individual app.

Moving on, Android 13 will reportedly introduce something called TARE (The Android Resource Economy). This aspect will cover energy management on an Android device, and will reportedly work via AlarmManager and JobScheduler policies. According to previous reports, TARE could also see the introduction of “Android Resource Credits,” a form of currency that is linked to the battery percentage of the Android smartphone. 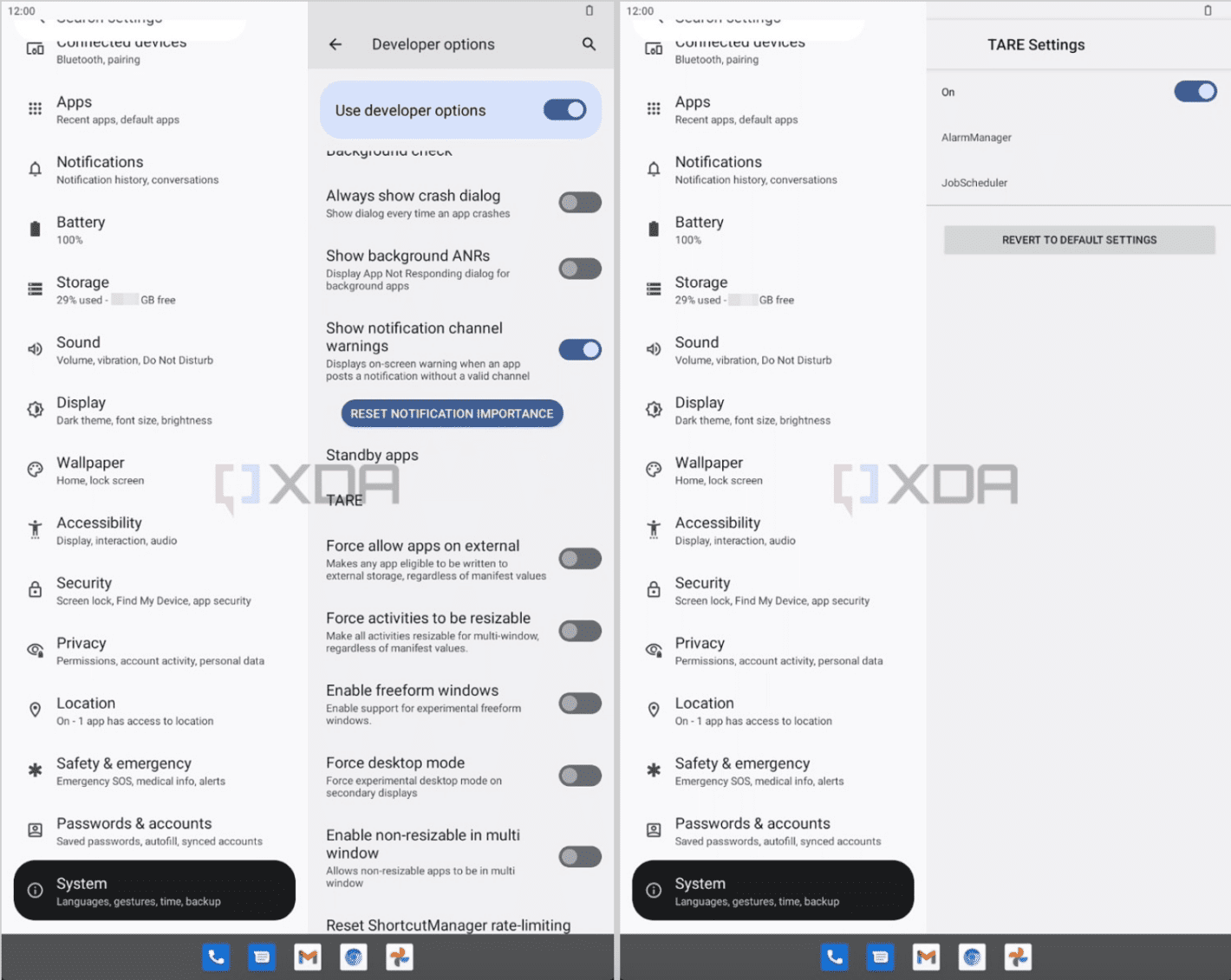 Simply put, Google will “award” credits to the apps depending on the battery level. Apps can then use these credits as “payments” to perform tasks on the device. XDA reports that Google would set limits on the number of tasks that an app can schedule through AlarmManager and JobScheduler based on factors like the battery percentage and the app’s requirements. 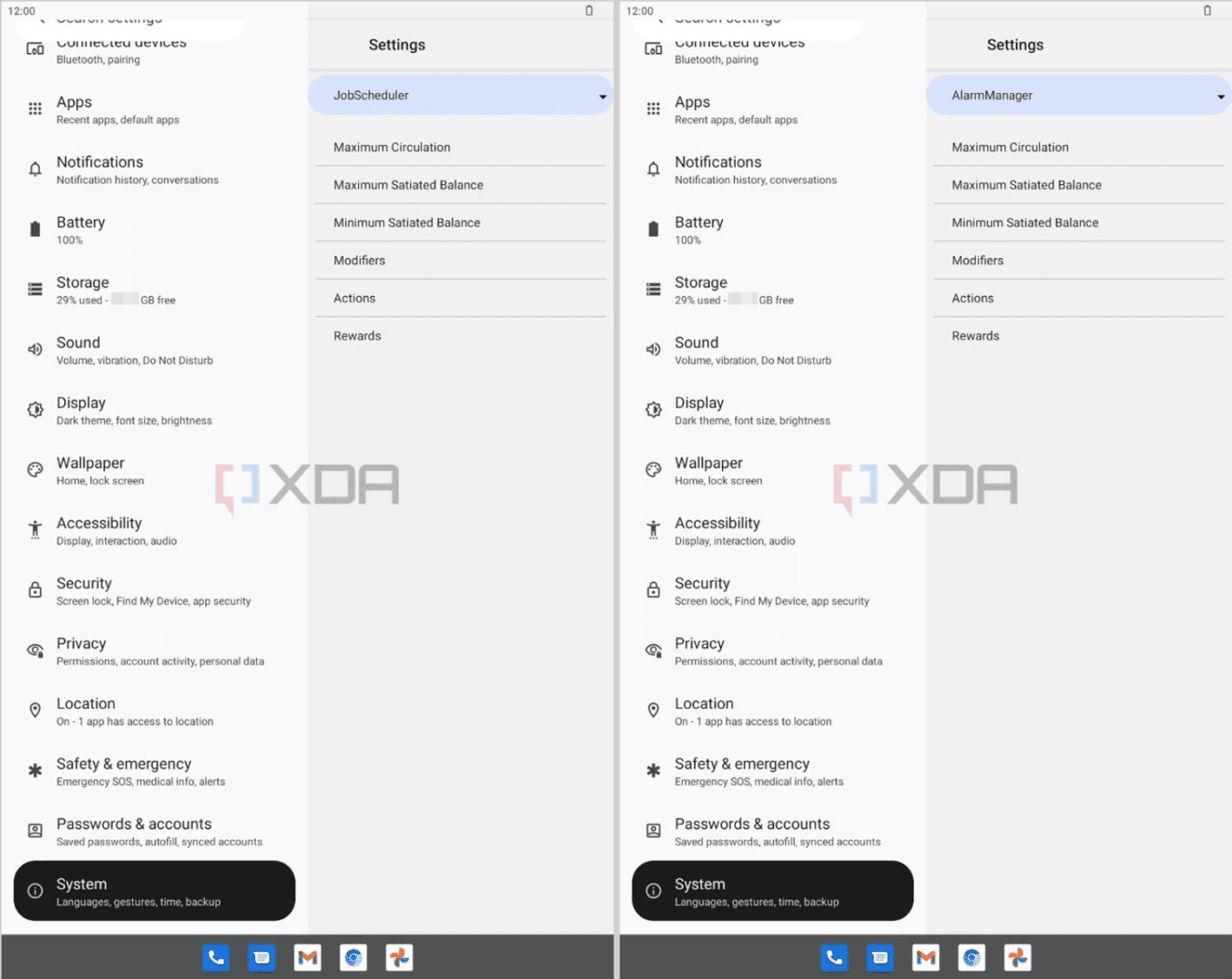 If all this sounds a little complex, that’s because it is. However, since it’s still early in the day, we’ll take whatever information we can get on Android 13. 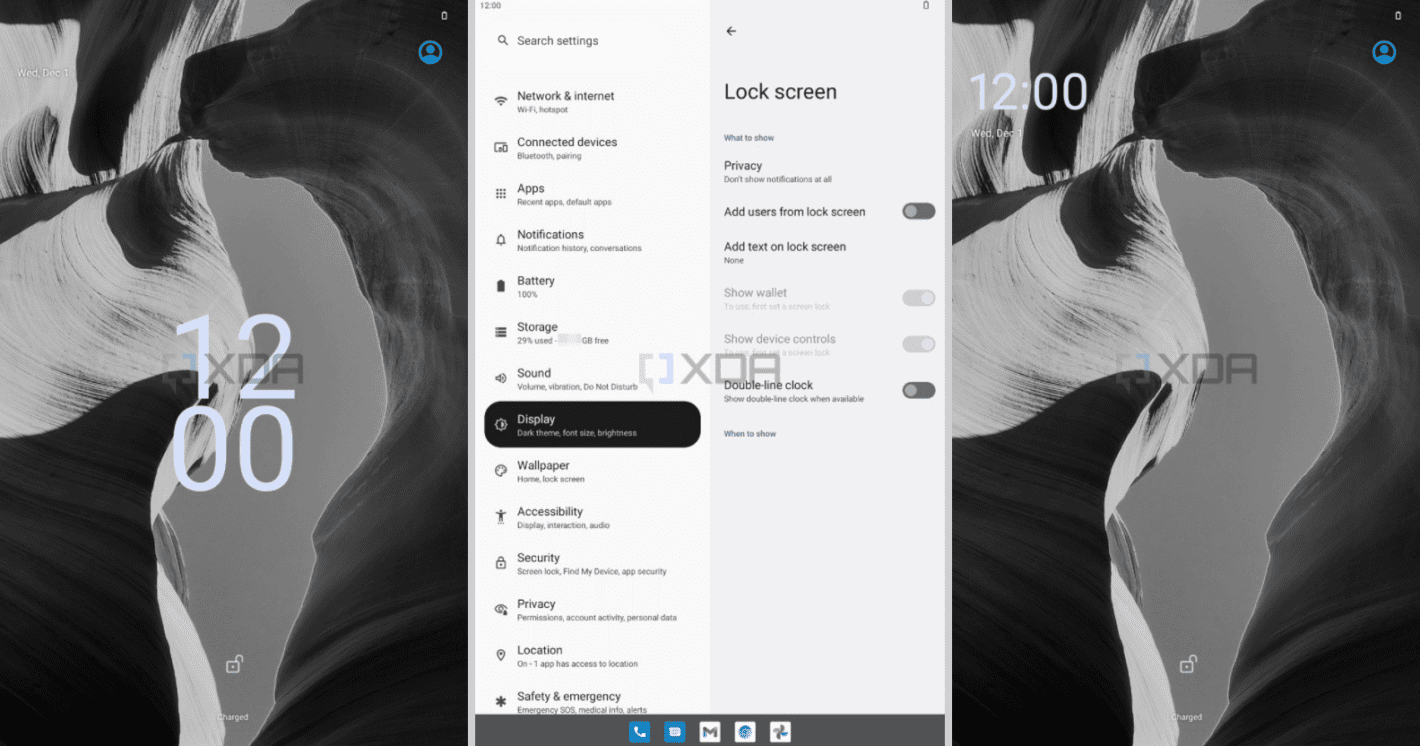 This leak barely scratches the surface of what’s to come with Android 13. Hopefully, Google won’t maintain the suspense for too long.