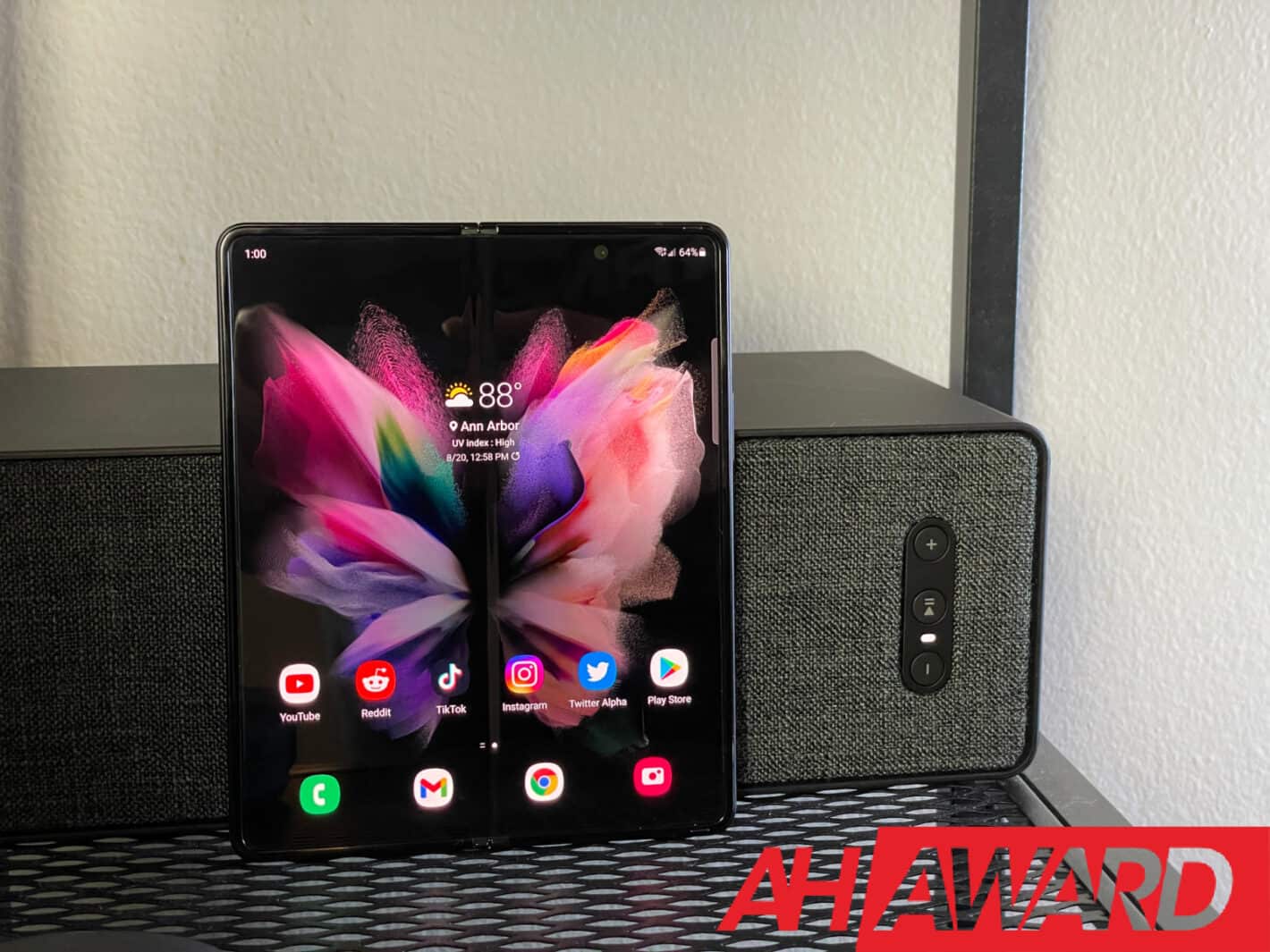 Samsung continues to push the foldable envelope, and our readers are loving it.

This year, our readers chose the Samsung Galaxy Z Fold 3 as the AH Reader’s Choice for the Best Foldable Smartphone for 2021. That’s the second year in a row that the Galaxy Z Fold has won this award – last year it was the Galaxy Z Fold 2. That right there shows you how far ahead Samsung is in the foldable arena.

The Galaxy Z Fold 3 was announced back in August, as the company’s third-generation Fold smartphone. It brought in a lot of changes, and a slightly lower price tag of $1,799. Which makes it pretty obvious why readers of Android Headlines chose it as their pick for the best Foldable Smartphone for 2021.

Samsung listened to its customers this year, more than ever

As a company, it’s important to listen to your customers. While it doesn’t always seem like companies do this, they do. But there are some things customers want, that companies just can’t do. But with the Galaxy Z Fold 3, Samsung really listened. Adding S-Pen support to the Galaxy Z Fold 3 this year.

This was the second non-Galaxy Note smartphone that Samsung added S-Pen support to this year – following the Galaxy S21 Ultra. But it made the Galaxy Z Fold 3 a lot more productive. Being able to take notes with the S-Pen on that larger display is very useful. Or being able to do some drawing on that 7.6-inch display.

That’s not the only area that Samsung listened to its customers in, though. It also made the Galaxy Z Fold 3 more durable this year, and it is even water-resistant. Not water-proof, but resistant, with an IPX8 rating. That means that it is not dust-proof, yet. Now that’s not to say that you should take it in the shower, but if it gets wet, you don’t need to worry about it dying.

Foldables are still some of the most fragile phones on the market, but it is good to see them getting more durable in upcoming generations.

Another upgrade the Samsung gave the Galaxy Z Fold 2 this year was, making both screens 120Hz. So no matter which screen you are using, you can get the ultra-smooth 120Hz refresh rate.

In our review of the Galaxy Z Fold 3 earlier this year, we gave it an “Editor’s Choice” award. We believed it was/is one of the best foldables to come out in 2021. And that was back in August. Now in December at the end of 2021, and our readers have agreed with us. Which is why we are awarding the AH Reader’s Choice Best Foldable Smartphone award to the Samsung Galaxy Z Fold 3.