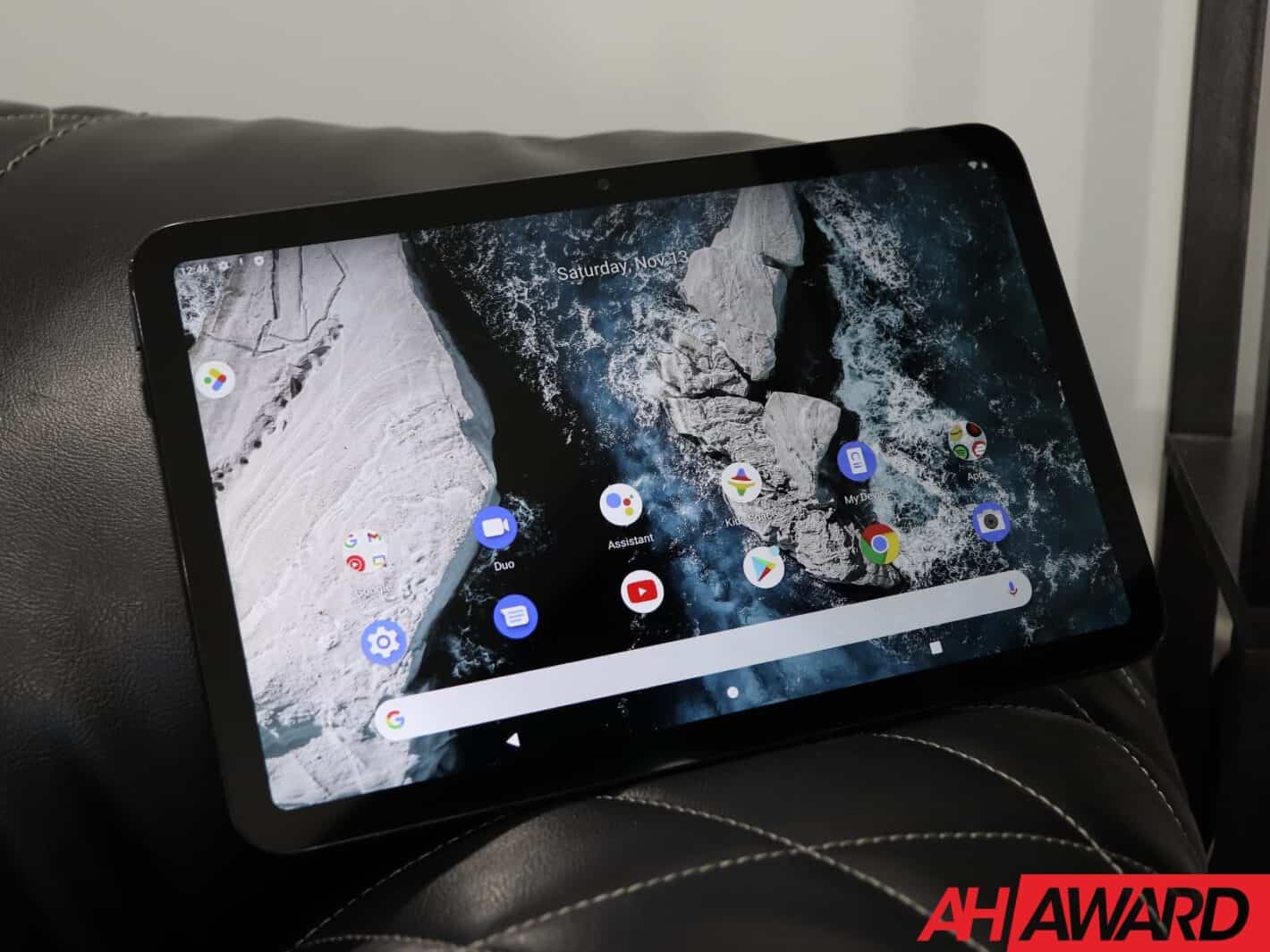 HMD Global has handled the Nokia brand well enough since it acquired it back in 2016. But it hasn’t, until 2021, ventured into the Android tablet space. That all changed with a late-in-the-year announcement and launch of the Nokia T20.

Now, the Nokia T20 is a budget-friendly offering. But, as our review of this particular tablet proved, the team behind it just didn’t get the memo. Despite its pricing at under $250, the Nokia T20 is one Android tablet that no user could ever reasonably call “cheap.”

Instead, the Nokia T20 introduced a cost-effective display that’s better than most competitors have on offer. And it backed that up with reasonable specifications and brilliant optimizations to the near-stock Android in use. Resulting in a decidedly flagship-like experience for well under the usual cost. And, of course, that easily earned Nokia T20 the Android Headlines Award for the best Android Tablet of 2021.

Nokia T20 entered the Android tablet market competing not only with the likes of Samsung, Xiaomi, and Lenovo — which arguably dominate the space. It entered that market in the same year as the Lenovo Yoga Tab 13 and Samsung Galaxy Tab S7 FE. It also entered into that arena with dozens of offerings in its own price bracket. And at half the price of those top competitors, at $249.

But it did so with deliberate and driven abandon. Starting with a metal frame, reasonably slim bezel, and a 10.4-inch blue-light-reducing 2K resolution display. The decision to use that panel put it well ahead of competitors in its own price range. And on par with those that cost twice as much or more.

Under the hood, HMD Global used an uncommon, but genuinely great-performing Unisoc Tiger T610 chipset. Putting its performance somewhere in the middle, despite its pricing. With optimizations providing a jitter-free experience on the user side, backed by 4GB RAM and 64GB storage. The latter metric is expandable via a microSD card by up to 512GB, too. So there will always be more than enough room in a multi-user scenario.

On battery life, the Nokia T20 easily saw more than 8-hours of screen-on time during our review. And that’s not under the average use case scenarios either. Instead, that’s under intensive multitasking, with the screen brightness turned up, Bluetooth connected, and volume maxed out.

Reasonable, if not perfect cameras, conversely, and the promise of software updates at least through Android 13 — starting from Android 11 — only serve to further cement this gadget’s placement at the top. As did the ability to add a SIM card for connectivity on the go. With every aspect of this gadget coming across in both aesthetics and performance as a premium gadget. But, it goes almost without saying, this is a premium gadget that most can more easily afford.

All of which easily earned the HMD Global-built Nokia T20 the Android Headlines Award for Best Android Tablet of 2021.