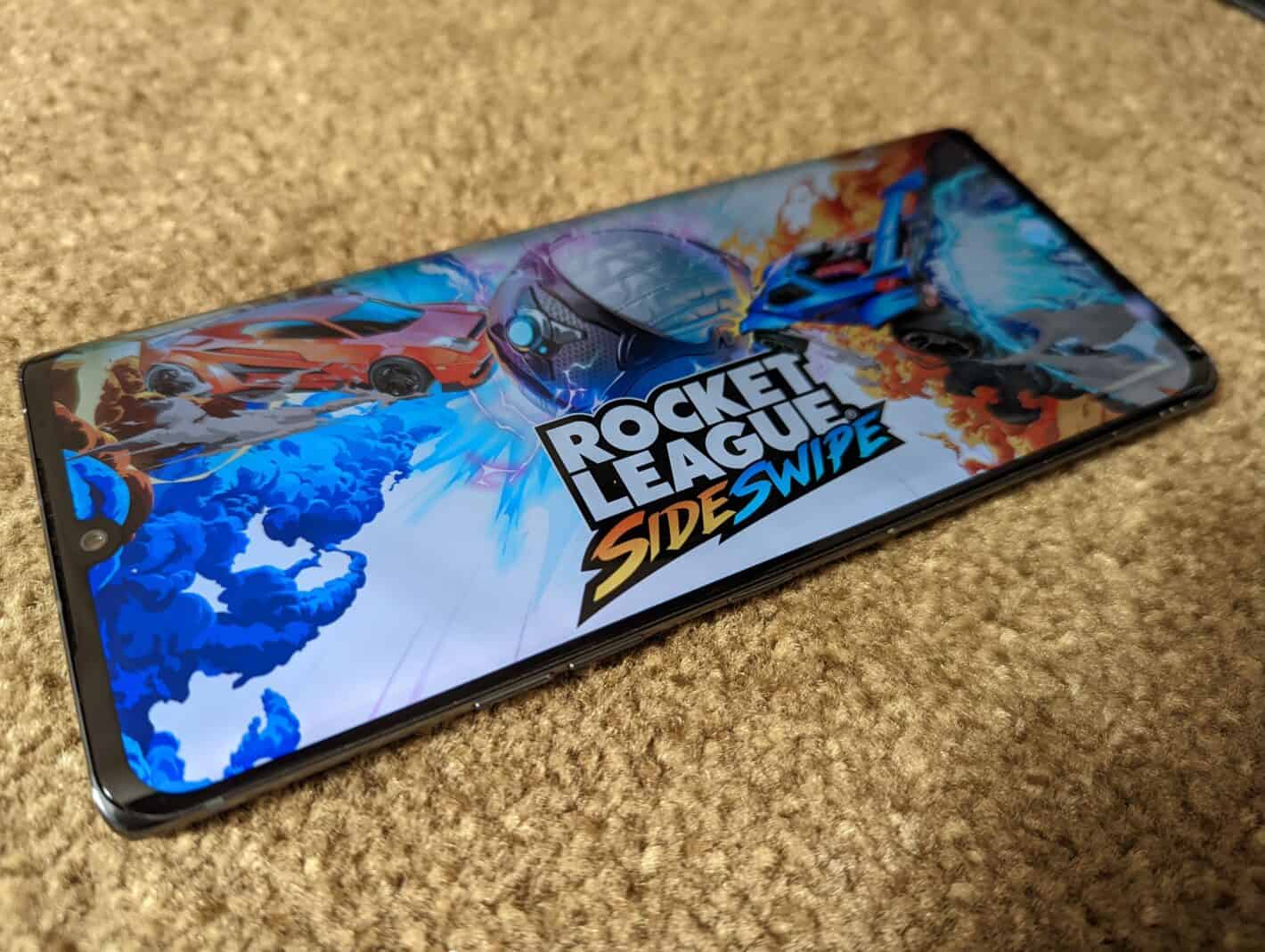 Psyonix just released Rocket League Sideswipe to the world, and it promises to bring the spirit of the main game to the small screens. In the mobile version of the hit action game, you’re doing much the same thing; you have to use your rocket car to make goals on a giant soccer field. Here’s a quick hands-on for Rocket League Sideswipe

The gameplay is similar and perfect for mobile

Instead of a 3D point of view, you’ll be playing on a 2D field. You’ll zoom left and right across the field to make the goals. While it’s a 2D perspective, the characters and environments are still rendered in 3D.

The boost and jump controls are your greatest weapons in Sideswipe. Pressing the jump button twice will cause you to both double jump and perform a front flip. That front flip is instrumental in whipping the ball into the goal.

The boost function will give you a burst of speed and control your car while it’s in the air. You can even fly straight up using just the boost.

There are a bunch of ways you can customize your car

When you’re not on the field, you’ll probably be spending a lot of time in the garage. There are several ways you can customize your ride to make it your own. Starting off, you can give each of your cars its own personal name. Also, you can adjust your car’s colors. Using the sliders you will fine-tune the colors and accents.

There are a couple of modes to play

Right now, there are just a few different game modes you can play to keep gameplay fresh. Firstly there’s a training mode you can use to practice, and you can use Exhibition mode to play against a team of bots.

As for online play, you have standard 2v2 matches and 1v1 duels. Along with those modes, there is the “hoops” mode. This mode takes inspiration from basketball and turns the goals into large basketball hoops.

You can earn a bunch of items with the Rocket Pass

Rocket Leagues has its own season pass system that will grant you some sweet in-game items. As you level up, you’ll earn items like boxes, trails, decals, wheels, hats, and even cars. Right now, since the game is still pretty new, it’s currently in pre-season.

Usually, companies charge people to be involved in the season pass events, so you might want to capitalize on the pre-season goodies while they last. I’m not sure when pre-season will be over, nor do I know how much it will cost.

Speaking of cost, there aren’t really any in-app purchases

So far, I haven’t come across any paywalls or in-app purchases in Rocket League Sideswipe. The only currency so far would be the SP coins. You earn these by completing challenges and from the season pass.  These coins are used to buy different cars and car customizations.

Also, there’s no energy system to deal with either. This means that you can play as many matches as you want, and you don’t have to wait for your energy to replenish.

During my hands-on, I found that Rocket League Sideswipe does a nice job adapting the original game’s formula for mobile without diluting it. You get a high-octane sports gaming experience with a lot of customization options and a handful of game modes. If you want to download it, it’s available for Android and iOS.