ZTE is planning to announce a smartphone with 18GB of RAM and 1TB of storage. Sounds like overkill? Well, it is, at least when it comes to RAM, but there you go. It’ll sure do good for bragging right and whatnot.

Many people need a lot of storage, so the fact this thing will include 1TB of storage may be one of the main selling points for them. The thing is, this phone will launch in China, and it’ll likely stay there.

This ZTE handset will offer 18GB of RAM & 1TB of storage

If you take a look at the image below, you’ll get to see the device itself. The fact it has 18GB of RAM and 1TB of storage is highlighted on the back. There is also a red-colored power key, which looks quite nice on this hardware 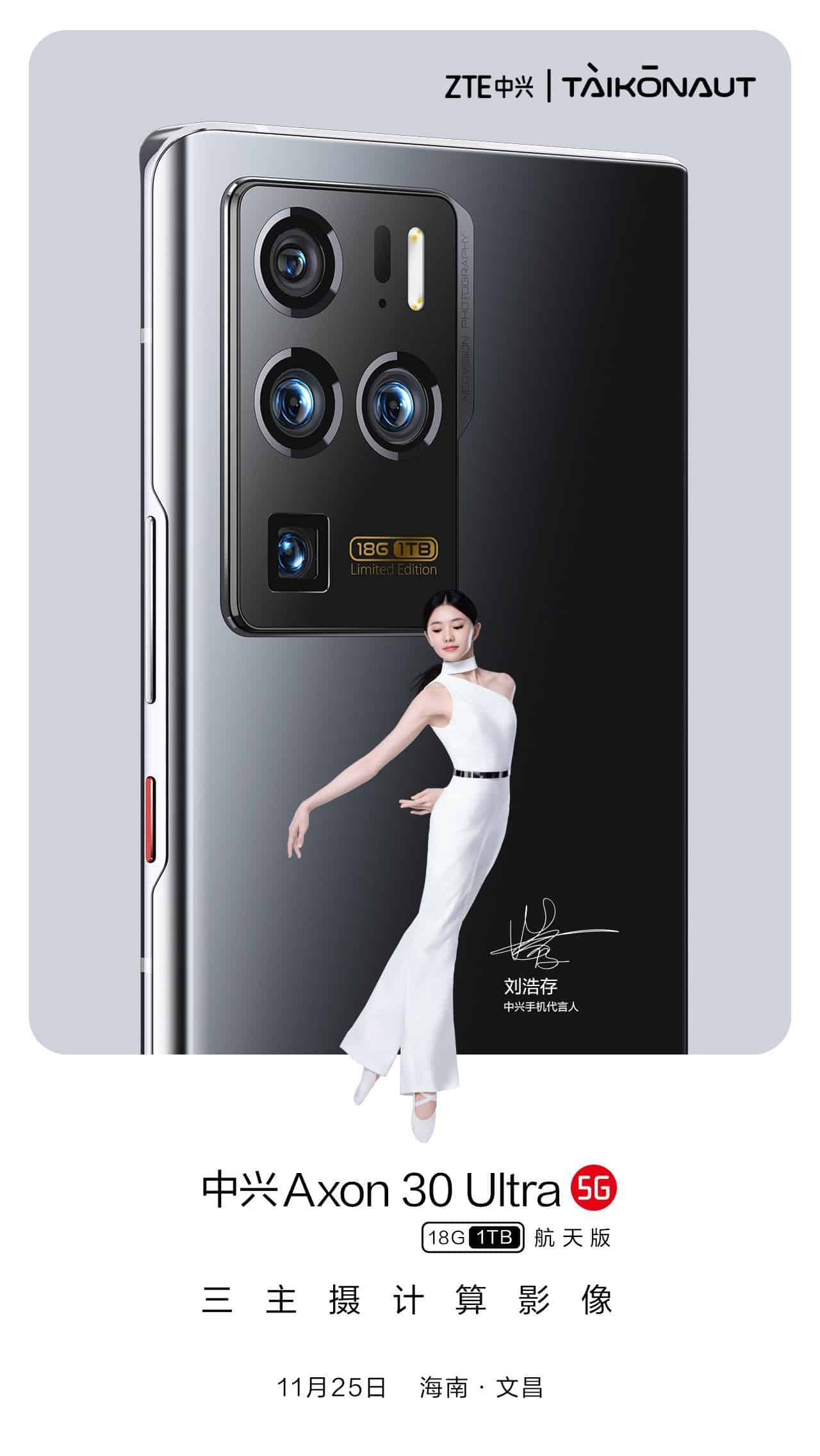 The phone in general looks like the ZTE Axon 30 Ultra, though, as expected. There are four cameras included on the back, one of which is a periscope unit. The device will include a curved display, and a centered display camera hole.

Other than the RAM and storage change, the phone will likely offer the same specs as the regular model. That means we’re looking at a 6.67-inch fullHD+ AMOLED display with a 144Hz refresh rate.

The Snapdragon 888 will also be included, along with 65W charging

The Snapdragon 888 will fuel the phone, while Android 11 will come pre-installed. Three 64-megapixel cameras will be included on the back, in addition to an 8-megapixel periscope unit.

A 4,600mAh battery will also be a part of the package, along with 65W fast wired charging. You can also expect to see stereo speakers, an optical in-display fingerprint scanner, Bluetooth 5.2, and more. As I already said, essentially the same spec sheet as on the Axon 30 Ultra.