More and more people are adapting to the smart TV way of life, but it’s always cumbersome navigating each TV’s respective app store. Well, those who use Android TVs might have it easier now. According to a user on Reddit, Google is launching a new feature that will allow people to install apps on their Android TVs remotely.

Most people find it a lot easier to find and install apps using their phones than using their TVs. Google is looking to leverage this with a new feature in the Google Play Store.

Though this sounds like a nice feature, it’s not widely available at the moment. It’s most likely still rolling out to users. There’s probably an update that will need to hit the Play Store and the Android TV operating systems, so this might take a little bit of time to make it to everyone.

This is a really convenient feature

Needless to say, this will brighten a lot of tech users’ days. As stated before, it’s a lot easier navigating the Play Store than the Android TV store. Most people are infinitely more familiar with the Play Store. Not only that but typing up searches using the remote control is enough to drive anyone crazy.

There is a similar feature to this with smartwatches. Instead of swiping through your smartwatch to find the app you want, you’ll have an easier time just thumbing through the apps on your phone and installing the app on your smartwatch. 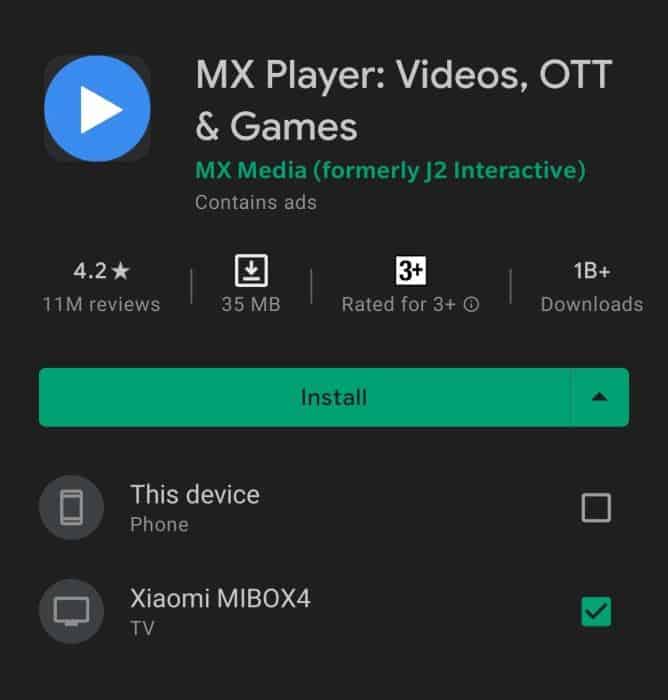 If you’re interested in having a smart TV, but don’t want to invest the money, you can get an Amazon Fire TV Stick. Right now, the top-tier Fire Stick 4K Max is discounted. It’s usually $54.99, but now you can get it for only $34.99.

This device will turn your regular TV into a smart TV. It gives you access to streaming services like Disney+, Tubi, Netflix, Peacock, Hulu, and much more. It also supports WiFi 6 and HDR content.