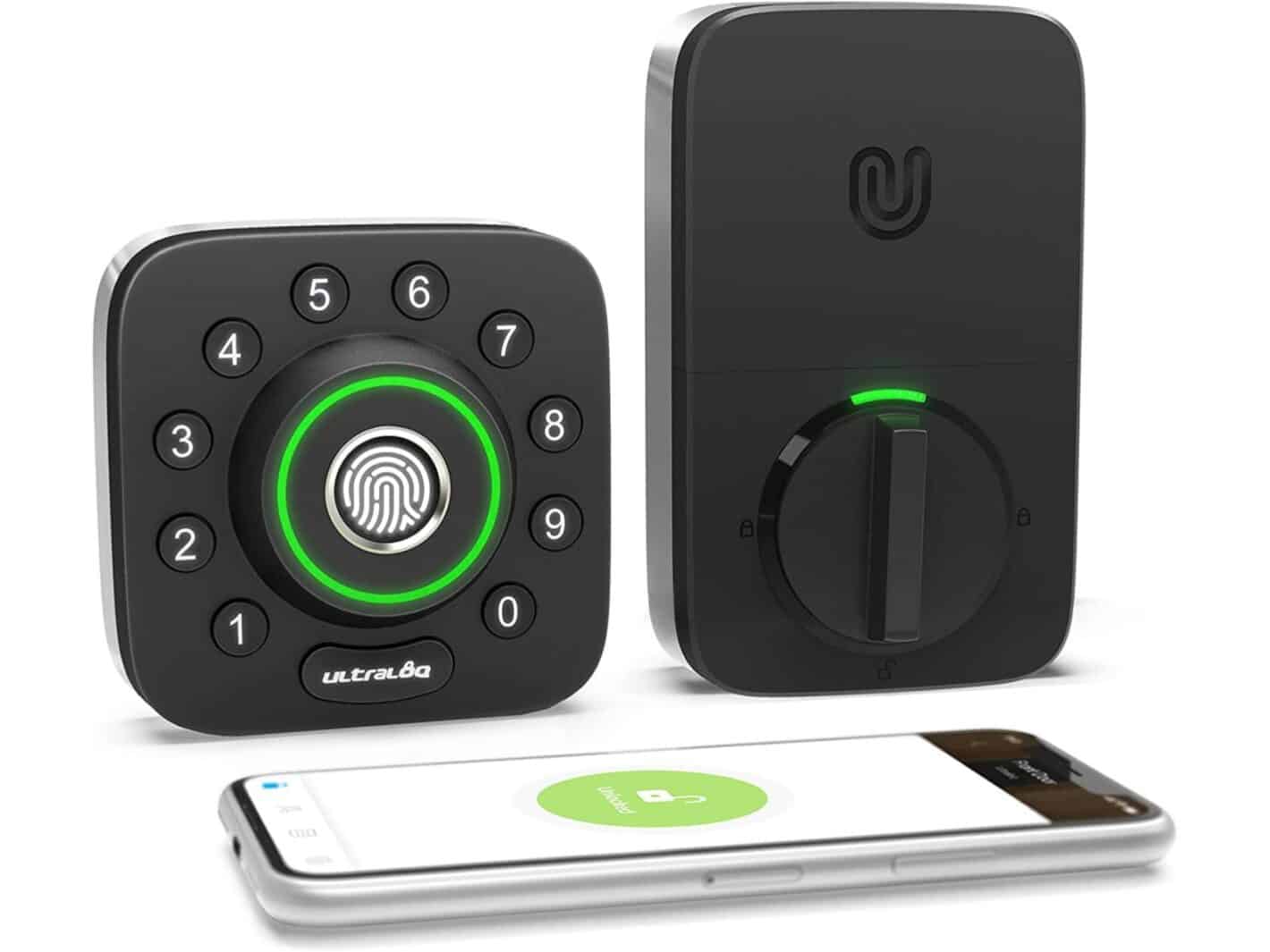 Anybody waiting for a better deal on a fingerprint-reading smart lock for Black Friday may want to take a closer look at the bundles put up by Ultraloq. Specifically, the two bundle deals on the company’s Ultraloq U-Bolt Pro. That’s presently priced at just $125.30 for the standalone version and just $139.30 with a WiFi Bridge. Discounts of 37-percent and 44-percent off, respectively.

Now, in terms of the door locks themselves, those are going to be the same regardless of which option is chosen. Ultraloq Smart Lock U-Bolt Pro is a six-in-one deadbolt-style smart lock with a circular keypad and fingerprint reader. More importantly, it’s ANSI Grade 1 certified. Meaning that in addition to featuring an IP67 rating against the weather, it’s rated at a higher strength for commercial use.

What’s more, the keypad is designed to be anti-peep, a mechanical key can be used as needed, or it can unlock via a smartphone. Complete with “auto-unlock” and “shake to open” features. As a smart lock, user management, random key generation, shared eKeys, and more are all part of the bundle.

Four AA batteries are also included, lasting over a year, according to the company. Now, of course, those could still die unexpectedly. But a MicroUSB port along the bottom — or a key — can be used to quickly regain entry.

In terms of why the bundle with a WiFi Bridge is more expensive, that’s an easy question to answer. That bridge is not only absolutely required for remote control from a smartphone. It’s also required for creating and sharing codes. But more importantly, that’s where the smart home integration features enter the equation.

Namely, this smart lock — when bought with the bridge — integrates cleanly with Google Assistant, Amazon Alexa, and even IFTTT user-created algorithms. Giving users more control and more features for just a few dollars more. Making this easily one of the best smart home deals of the year.