Yes, it seems the rumors are true, Qualcomm has officially announced the G3x device, a handheld gaming platform powered by the Snapdragon 8 Gen 1 chipset. Officially there are two products in the works here. The Snapdragon G3x Gen 1 Gaming Platform, which is the platform itself, and the Snapdragon G3x Handheld Developer Kit. A reference device for developers to work with.

According to Qualcomm, it’s building this device now because there’s a void that needs filling – Qualcomm says no other companies are building devices that are designed completely for the mobile gaming market. So it’s jumping into this segment to provide that product. The mobile gaming platform is by far the largest growing segment of gaming globally. So, to Qualcomm it makes sense to create a device that caters exclusively to the mobile gaming segment.

What is the Qualcomm G3x Gaming Platform and who is it for?

We can tell you who it’s not for. Consumers. Not right now, at least. Right now, Qualcomm is only making a Handheld Developer Kit. So this isn’t something that can be placed on shelves of Best Buy stores around the country. It’s meant for developers.

The hardware, which was made in partnership with Razer, looks like the two companies married the display of a mobile phone with a Razer Kishi controller, and fused them together into one seamless piece of tech.

On the outside it’s surprisingly similar to the Kishi setup. Though, it has an arc-shaped design across the top and there are downward-facing controller grips that protrude more. There’s also a USB-C port for XR accessories, abxy buttons, dual joysticks, a d-pad, four top triggers, and two front-facing speakers that flank the left and right sides of the display.

Speaking of the display, it’s an OLED panel that comes with a 120Hz refresh rate. There’s also a 1080p HD webcam. On the inside, the G3x Gen 1 chipset is powering the experience. It also has mmWave 5G, WiFi 6E, and Bluetooth 5.2 support, a 6,000mAh battery, and built-in haptics. 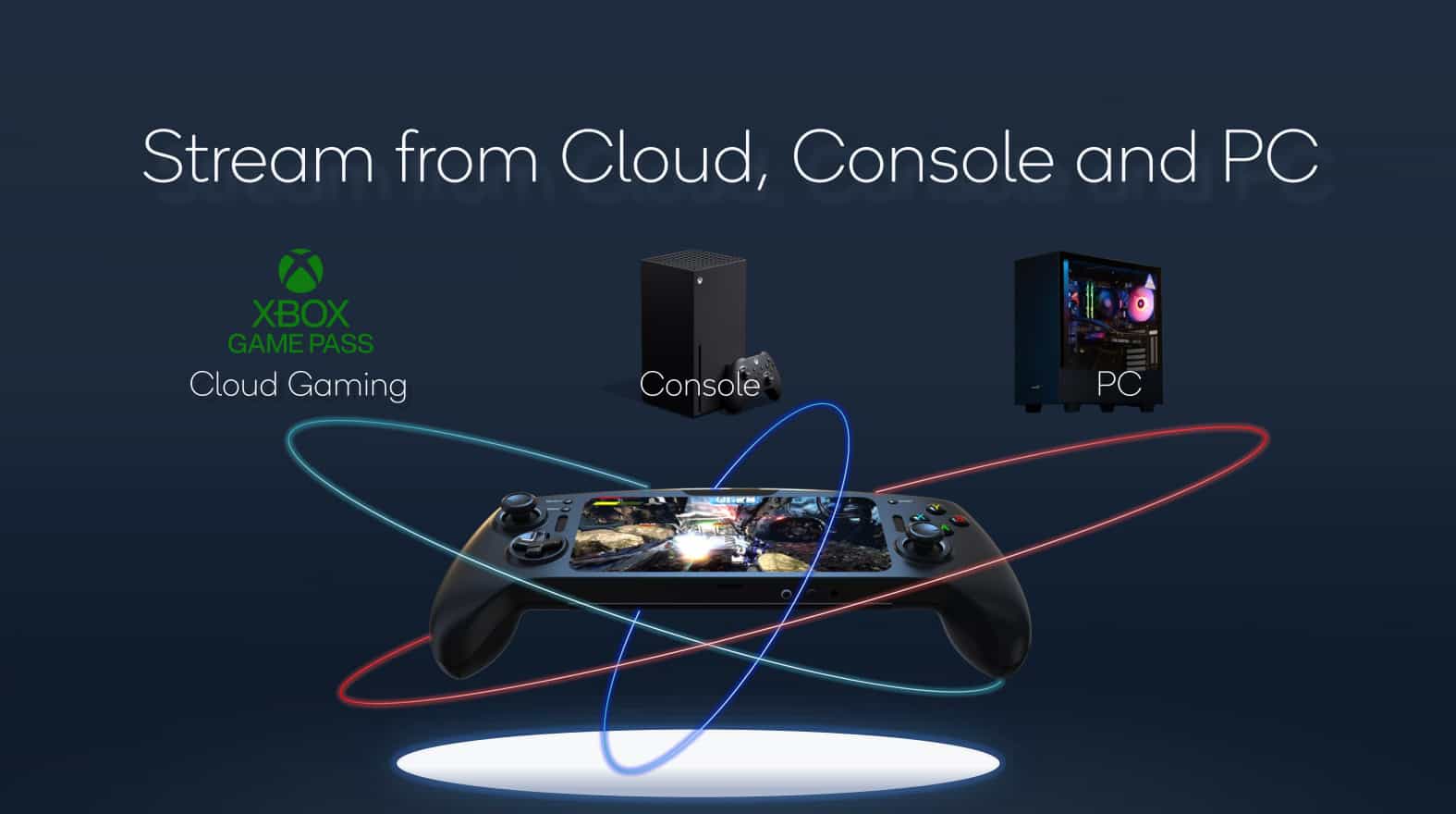 While this is exclusively built for mobile gaming, the mobile gaming platform as a whole isn’t just games you can download from your respective app stores anymore. It also includes cloud gaming. And Qualcomm is in part, building this device for that use as well.

In addition to mobile games, the G3x Handheld Developer Kit is being positioned for cloud gaming. Using services like Xbox Game Pass, as well as streaming PC games and console games. Game Pass more or less covers both console and PC releases.

But that’s not exactly what Qualcomm means here. During its press conference, it shows off a slide which states “Stream from Cloud, Console, and PC.” However, it doesn’t elaborate on how it plans to implement streaming capabilities from PC and Consoles.

As this is a developer kit, there’s no current details on pricing or availability. Though, considering Razer’s involvement, there very well could be at some point.