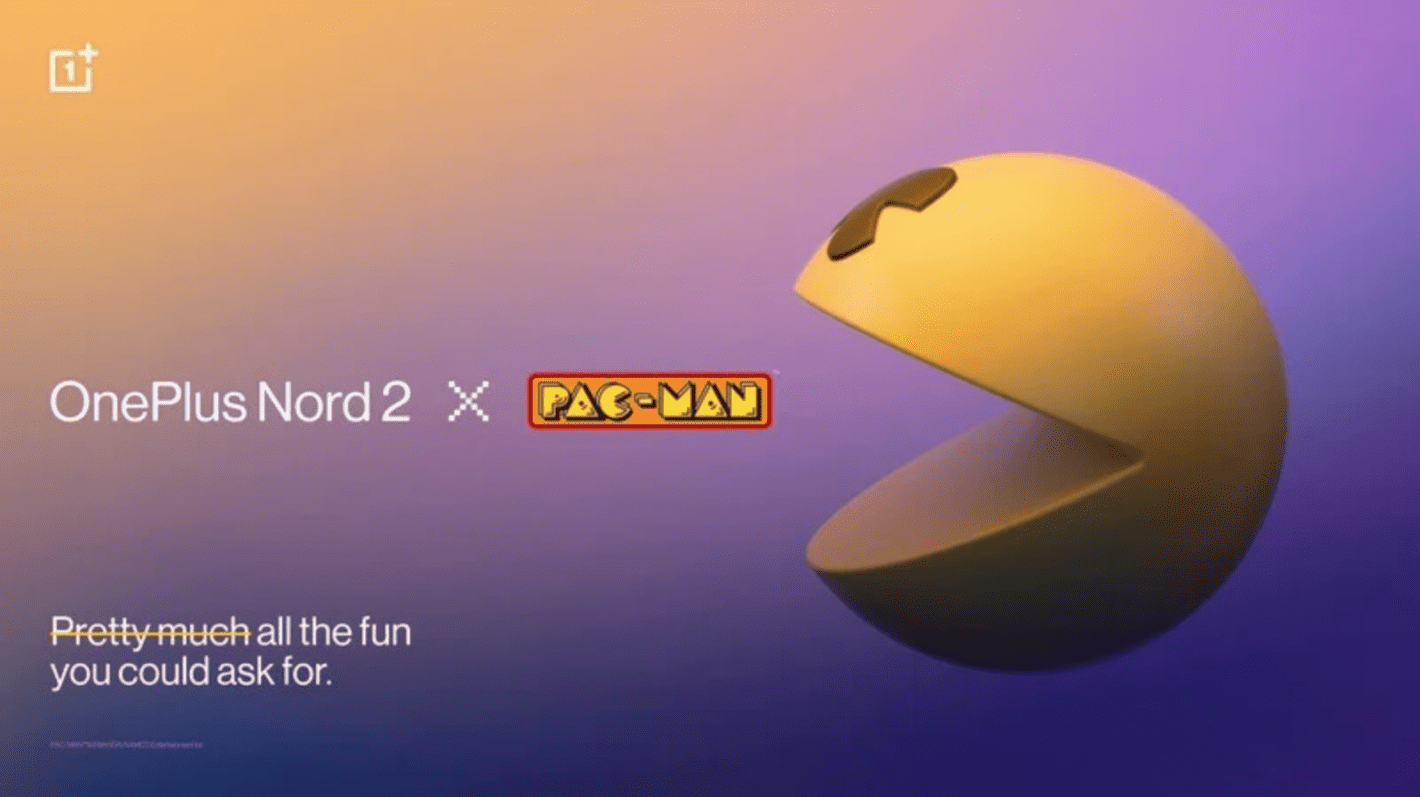 OnePlus partners with several brands for limited edition phones every year. This year, the company is partnering with Bandai Namco to launch the OnePlus Nord 2 x PAC-MAN Edition.

The company’s limited edition phones usually have some unique design attributes. But the Nord 2 PAC-MAN Edition goes a step further with its “gamified” UI.

The rear panel of this limited edition variant can also glow in the dark, highlighting the PAC-MAN maze in neon. This is due to the “dual film color, material, and finish (CMF)” that brings elements from the game to life.

OnePlus will also include hidden easter eggs within the interface of this limited edition smartphone. The company reportedly collaborated with its teams from China, Europe, and India for the new animations, custom icons, and backgrounds.

Barring these software and visual changes, the PAC-MAN Edition of the Nord 2 will feature the same hardware as the standard variant. This includes the 6.43-inch Fluid AMOLED screen with a 90Hz refresh rate, triple rear cameras, and the MediaTek Dimensity 1200 5G chipset.

Though no launch date was available initially, we have since learned via Twitter that the OnePlus Nord 2 x PAC-MAN Edition will go on sale in India starting November 15. Meanwhile, Amazon India is also running a promotional campaign offering the chance to win the limited edition device.