Skip to content
Advertisement
Trusted By Millions
Independent, Expert Android News You Can Trust, Since 2010
Publishing More Android Than Anyone Else
14
Today
14
This Week
439
This Month
6927
This Year
116888
All Time
Advertisement The long-rumored Samsung Galaxy S21 FE finally seems to be on its way. We know we have said this before, but there are more reasons than ever to believe the latest rumor. Reports suggest the phone will go official in the first week of January next year. In the meantime, it continues to appear in leaks. Last week, we saw a bunch of Galaxy S21 FE marketing materials surface online. We now have the official cover cases for the phone courtesy of Samsung itself.

Samsung Colombia has listed three different cases for the Galaxy S21 FE on its official website. We have a silicone cover, a premium clear cover, and a rugged clear case with a kickstand (via). The former has a small hook towards the bottom-left to attach a lanyard.

The official listing shows five color variants of the silicone cover: orange, green, lavender/violet, white, and black. But only the latter four will seemingly be available to purchase initially. Note that the handset itself is also said to come in these four color options. It appears Samsung will offer additional color choices with cover cases. It touts a soft finish for the silicone cover.

As for the premium clear cover, the company is using a hybrid polycarbonate (PC) and PMMA (polymethyl methacrylate) material for a strong and durable build. It also features a TPU (Thermoplastic polyurethane) coating on the edges for added protection.

The rugged cover for the Galaxy S21 FE also uses TPU and PC materials. But it is MIL-STD-810G certified for 1.5-meter drops against a metal surface. It can keep your phone protected in extreme temperatures and humidity. It also features a kickstand that can support the handset at various viewing angles, both vertically and horizontally. Samsung warns that this cover may affect wireless charging and the 5G connectivity of the phone. 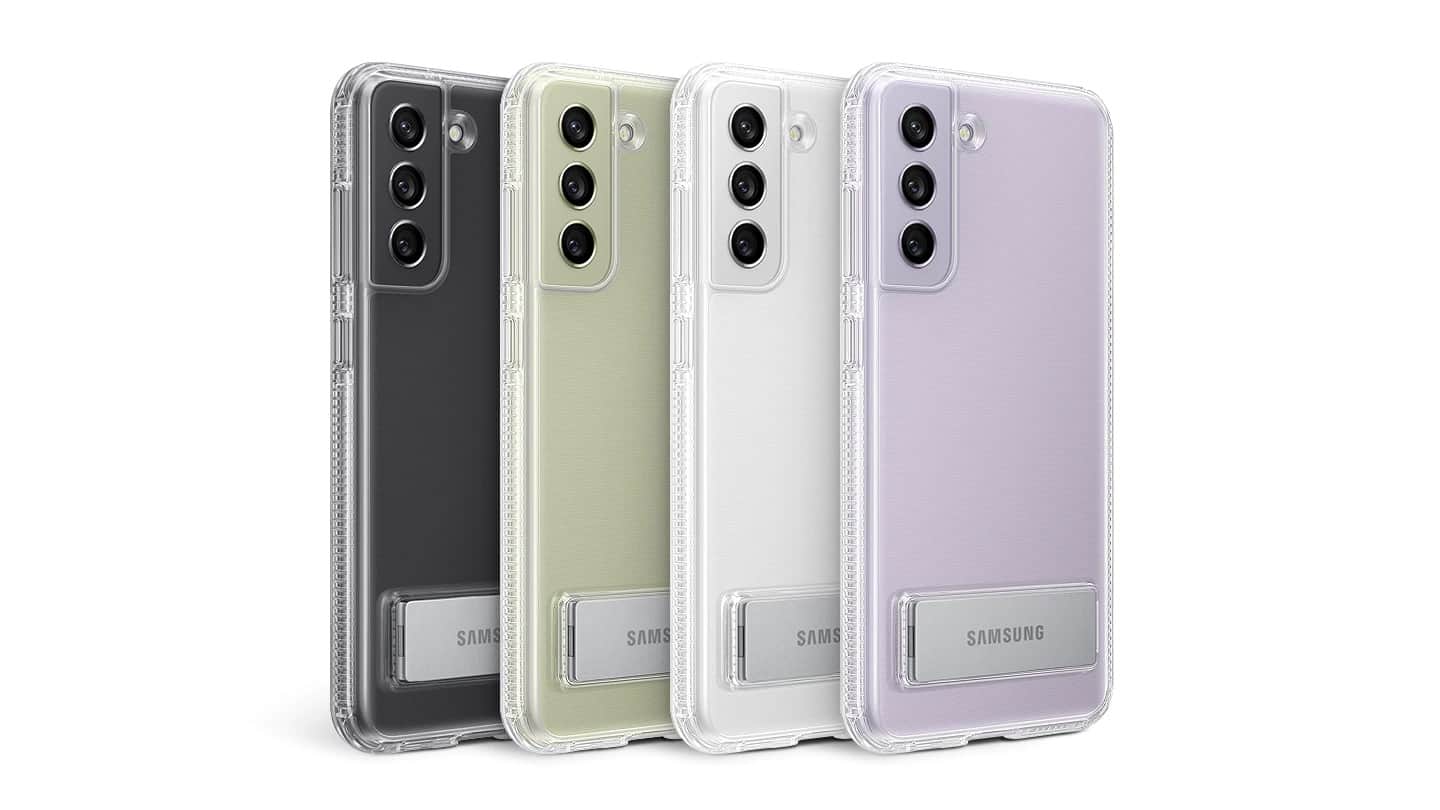 While Samsung has yet to officially announce the Galaxy S21 FE launch date, reports suggest the phone could break cover on January 4, 2022. That’s just a day before the CES 2022 kicks off. The device reportedly won’t have pre-orders. Instead, it will go on general sales a week later, on January 11.

Earlier reports claimed that the Galaxy S21 FE will have limited availability due to chip shortages. The situation hasn’t improved in recent times. So we will have to wait for an official confirmation on whether the device will launch globally or be limited to select markets. 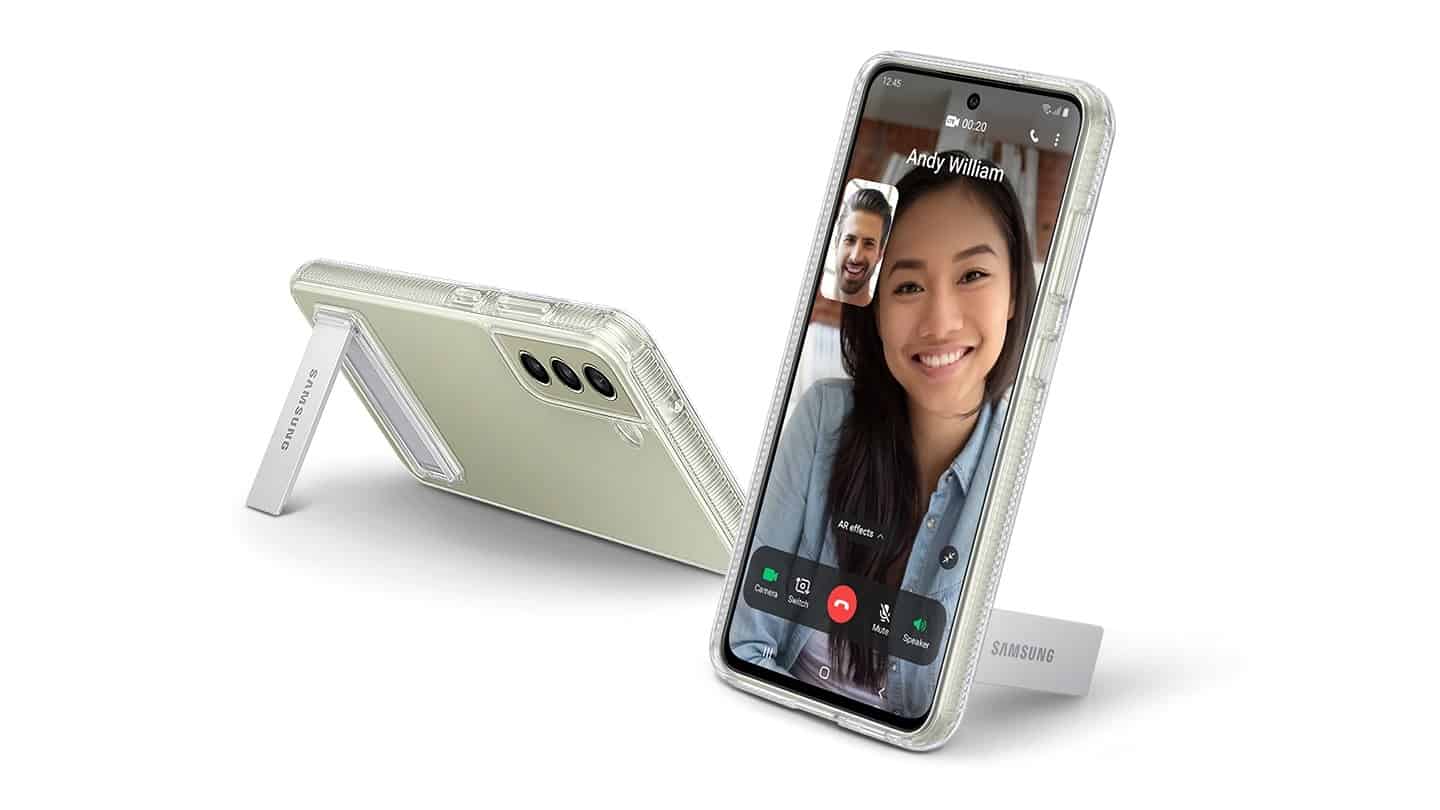