New Android distribution numbers are in, and they show that Android 10 is on top. Back in 2018, Google stopped monthly reports on the adoption of Android releases. The company does provide such information via Android Studio. Distribution numbers for 2021 are in, though Android 12 is excluded.

These numbers are about three weeks old, so the exclusion of Android 12 is not surprising at all. In any case, these numbers say that Android 11 is currently available on 24.2-percent of all devices.

Android distribution numbers say that Android 10 is still on top

What’s interesting is that Android 10 is still leading the race. That version of Android is currently installed on 26.5-percent of smartphones, and it launched in 2019. If you combine Android 10 and 11 numbers, you’ll realize that they’re installed on more than half of Android smartphones. 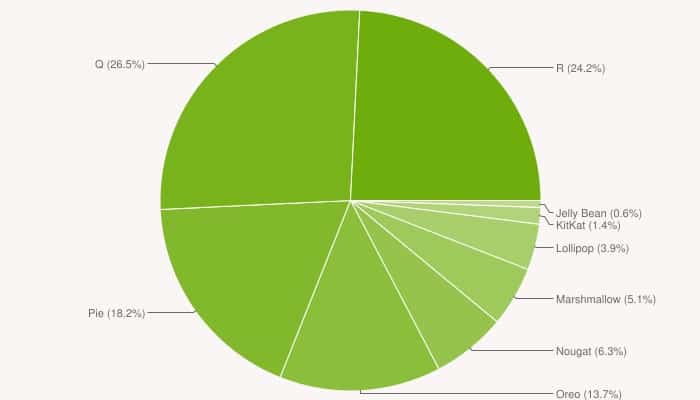 Android 12 will be included in the future, as will the upcoming Android 12L. Yes, the two will be separated, as expected. In case you’re wondering how other Android versions are doing, read on.

The inclusion of Android 12 will change things around, a little bit

Things will change once Android 12 comes into the mix. A ton of Pixel smartphones got Android 12 already, while some Samsung devices started getting it as well. Android 12 will spread quite a bit in the coming months.

For the time being, though, Android 10 is the king. Android 11 is not far behind, but the vast majority of Android devices are still on Android 10.