Back in 2019, Google announced that it is adding dual-SIM support to its Pixel smartphones. This was done with the release of the Android 10 operating system.

According to the latest report by Android Police, if your phone comes with dual SIM support, then Android Auto will also now support it. You will have the option to select the active SIM card.

The selected SIM card will be the one from which you will receive or make a phone call using Android Auto. Previously, this was not the case. Users did not have such an option to select between SIM cards. Android Auto selected the SIM card by default for making calls.

However, there is a catch though. Some users of Android Auto on Reddit have reported receiving this feature, but the rollout seems to be staged.

This means that the update is rolling out in a gradual manner for users. So, currently, it is rolling out for some users and it will arrive for others as time pass by.

The dual SIM support for Android Auto is arriving with app version 7.1.614554

Another important point to note here is that the new update that brings dual SIM support on Android Auto arrives with app version 7.1.614554. You need to be a part of the beta program in order to enjoy this new feature on Android Auto.

You will be glad to know that for some users, the same version is showing up as the stable build of Android Auto. It is available in the Google Play Store.

So, you may need to check the beta program or the Play Store, if you are excited to test out this new feature. Whatever the case may be, the dual SIM support for Android Auto will eventually be available to everyone.

Besides, you can try your luck by installing the latest update for the Android Auto from the Play Store and see if the feature is live for your device or not.

This is a nice feature to have since almost all modern-day smartphones come with dual SIM support. They either come with two physical SIM slots or with eSIM support for dual SIM functionality.

It will allow users to select primary SIM cards from the two present on their smartphones and use them as per their convenience. 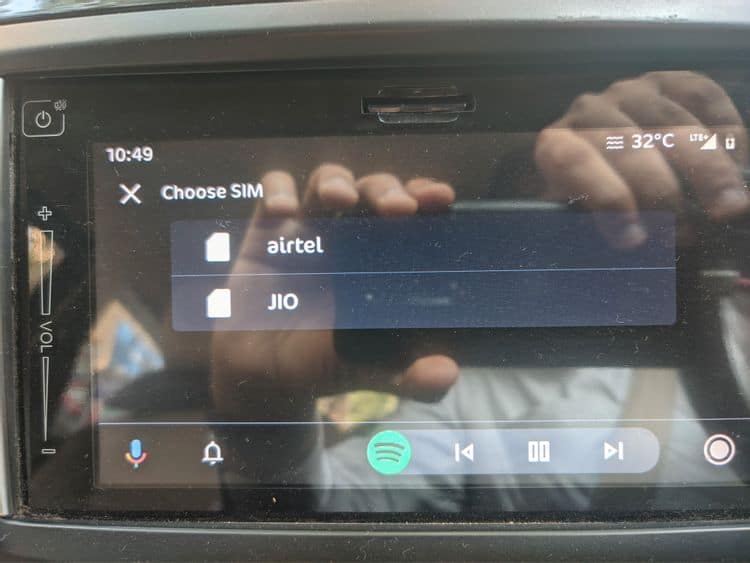