In July, Google rolled out the ability to block other users in Drive. The company is now extending this feature to include notifications for comments and mentions in Google Docs, Sheets, and Slides. If a user you have blocked in Drive mentions you in comments or action items on Docs, Sheets, or Slides, you will not receive a notification for it. This applies to both email and in-app notifications.

Blocking someone in Google Drive already prevents them from sharing any Drive items with you. It will also prevent other users from sharing items owned by that user with you. Additionally, you will not see any of their items when browsing Google Drive. Note that the same restrictions will apply to you as well. You will not be able to share any of your Drive items with users you have blocked unless you unblock them first. As Google notes, you cannot block users within the same domain or in trusted domains. 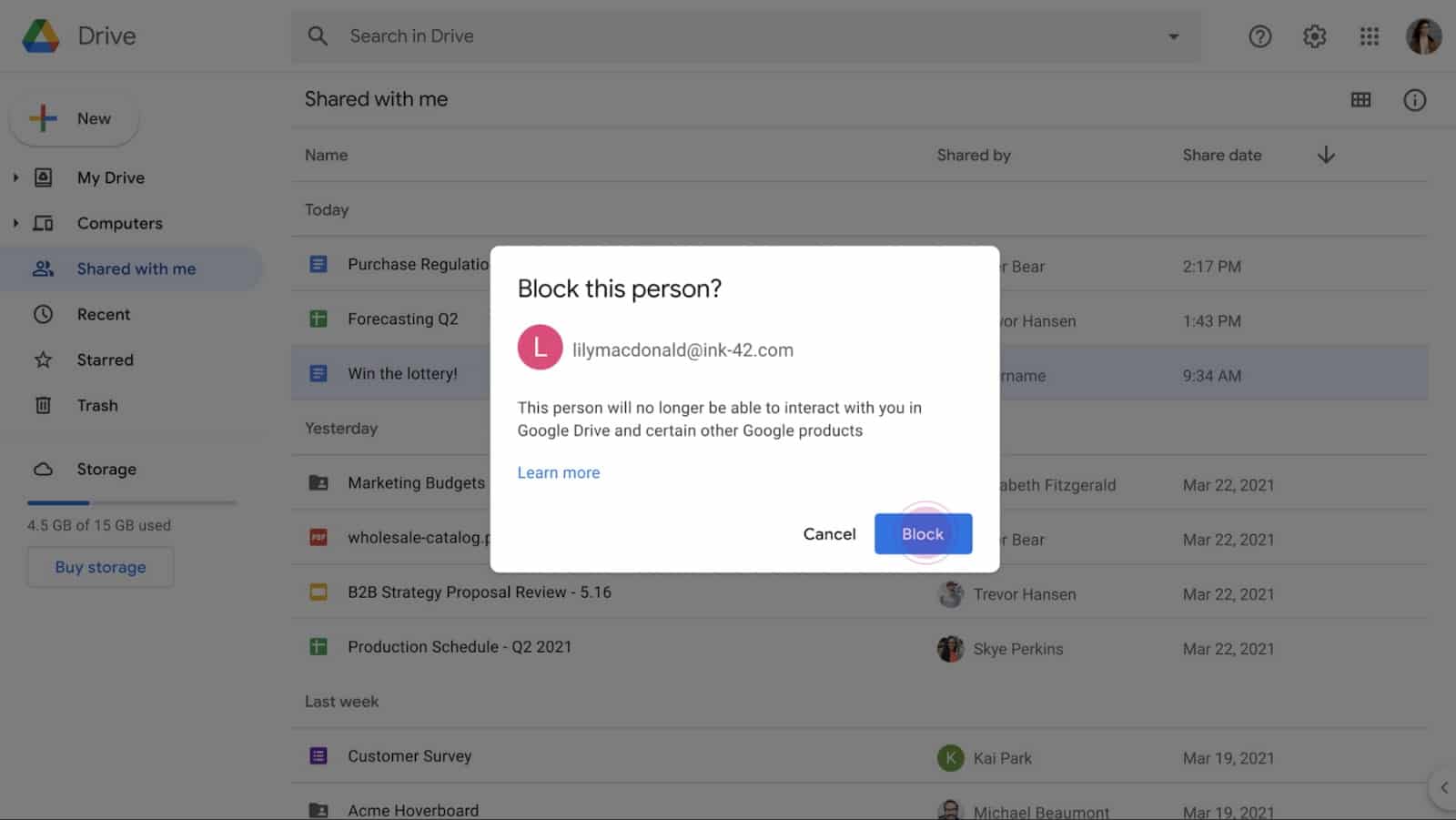 Nonetheless, the company is now building on this ability to prevent unwanted notifications from someone you don’t want to interact with, at least not in Drive or other Google Workspace tools. According to the company, “this will make the feature more predictable and comprehensive.”

Google’s blog post announcing this change, however, suggests that a blocked user will still be able to mention you in Google Docs, Sheets, and Slides. Just that you’ll not be notified about it. But you can circumvent this by manually subscribing to notifications for all comments if you want.

The ability to block other users is a must-have feature on every digital product. Crooks are everywhere ready to spam or harass you with unwanted attention. The open sharing and collaboration system of Google Drive make it even easier for spam attacks. So the company adding a blocking feature earlier this year came in as a much-needed respite to many affected users. Now, with the latest update, Google is making Drive’s blocking even more useful.

This feature will be available to all Google Workspace customers, G Suite Basic, and Business customers, as well as users with personal Google Accounts. The rollout began earlier this week and will reach all users on both Rapid Release and Scheduled Release domains over the next couple of weeks. Google says there is no admin control for this feature, and it will be ON for all users by default.