Recently, Google released the Chrome 97 beta version on its beta channel. This makes way for the Google Chrome 96 to be out on the stable channel, and it brings along an exciting feature.

Back in September, there was some news that Google Chrome is working on adding Windows 11 style menus. Soon after, the new design debuted on the Google Chrome Canary.

Fast forward to now, according to the latest report by Windows Latest (via XDA Developers), the new design with Windows 11 style menus is making its way to Google Chrome 96 stable release.

The new design changes the shape of the corners. Instead of sharp corners, the new Windows 11 style update brings rounded corners on menus and other UI elements.

However, there is a catch. This new Windows 11 like menu style isn’t visible by default. You need to enable a flag manually in order to get it.

Enabling a flag isn’t that tough though. All you need to do is type in or copy and paste “chrome://flags” (without quotation marks) in the address bar to open the Flags menu. Flags are experimental features that give you access to developmental features.

After opening the Flags page, simply enter “Windows 11 style menus” in the search bar. This will show you a flag with the same name. Set the flag to Enabled from the drop-down menu.

Restart your browser for the change to take effect and Voila! You will see new Windows 11 style menus on your Google Chrome browser.

Although this is not a very big change and you need to be running Windows 11 OS on your PC or laptop to use the feature. For Windows 10 users, you need to select the “All Windows versions” from the drop-down menu to access it.

If you use Google Chrome Canary 98, then this feature is live there by default. The Google Chrome 96 stable build started rolling out recently and should be live for your PC.

For the excited ones, if you don’t want to wait for the update to land on your Windows device, then you grab the update from here. Besides, Windows 11 style menus, Chrome 96 also adds a Copy link to highlight feature that would send the recipient right to the part of the page you selected.

It also brings new backgrounds and colors for Google Chrome. The new menu style feature is very subtle but goes well in sync for Windows 11 devices. For your information, Microsoft Edge has already received Windows 11 design changes before Chrome. 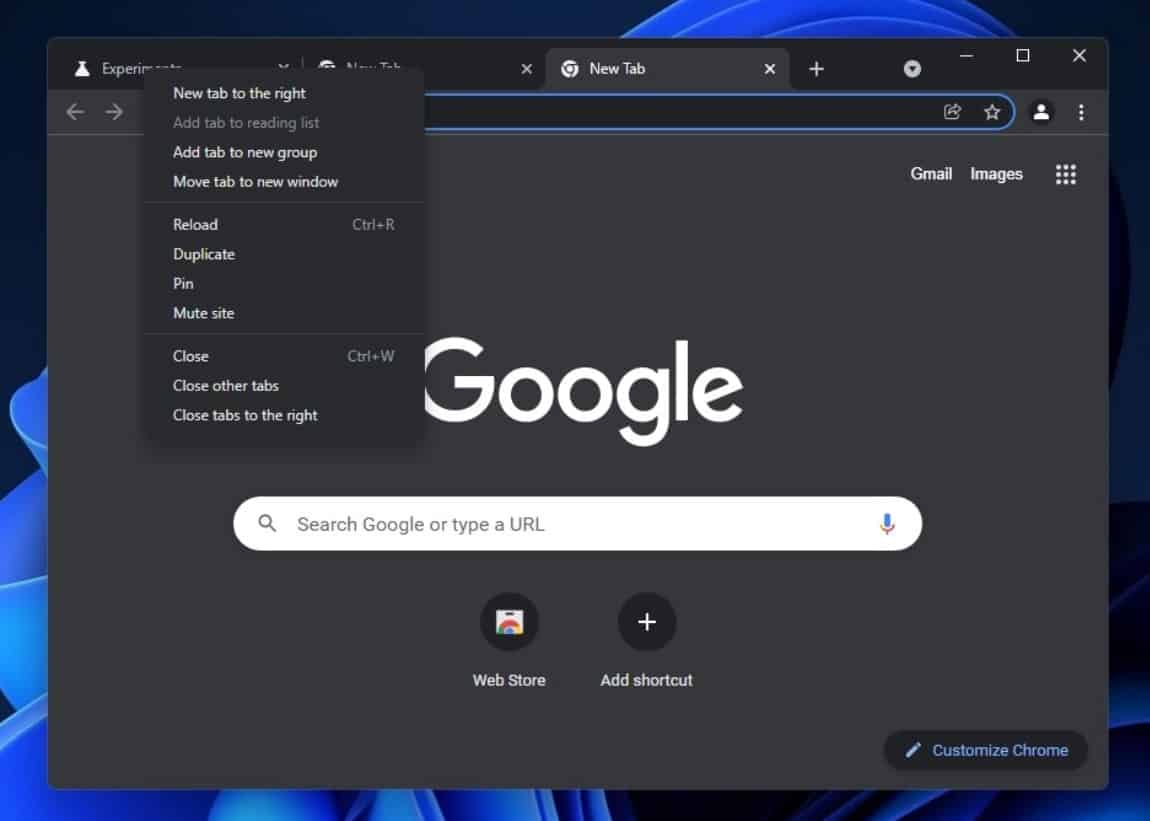