Google Chrome 96 is finally here, and it brings a bunch of changes to the table. Google’s release cycle for Chrome has picked up pace over the past few weeks, with each release now taking only four weeks. Although users won’t see major improvements with Chrome 96, there are some exciting additions worth checking out.

With Chrome 96 on desktop, Google is introducing a new cache that saves recently visited sites. As Android Police notes, this is likely to eat more RAM than usual but is a handy feature considering how much time it can save.

Users may notice general speed-related changes, though this feature isn’t fully compatible with all websites. This feature first made its way to Chrome 86 on mobile in 2020, so its arrival for the desktop version was long overdue.

Chrome 96 on desktops is witnessing some changes to Progressive web apps or PWAs. To make performance smoother, Google now allows web apps to register as handlers of custom URLs. So going forward, URLs for web apps should open in their corresponding PWA rather than in the browser.

Additionally, developers can now utilize a new method for registering and naming web apps within desktop operating systems. The system is now more reminiscent of Mozilla’s practice with its Firefox browser.

There’s also an under-development feature included with this stable release of Chrome 96. By triggering the chrome://flags/#darken-websites-checkbox-in-themes-setting flag, a new checkbox now appears on the overflow menu when using system-wide dark mode.

This, in turn, allows users to enable Chrome’s dark theme on specific sites. However, it will be separate from a dark theme set by an individual website. Given that this feature is in development, some of the content on the webpage may look off-key.

Chrome 96 is finally ending the practice of automatically cleaning PNG files pasted from the clipboard. Furthermore, users will start seeing a flag that lets you enable Google Photos memories on the New Tab page.

Meanwhile, the accessibility site zoom on Chrome 96 is getting refreshed. This setting allows users to set the page zoom level on a particular site. This feature already exists on the desktop version of Chrome. Android users can enable this by activating the chrome:flags#enable-accessibility-page-zoom flag.

After enabling this flag, users can simply tap the lock icon on the left of the address bar to adjust the zoom level. Doing so won’t change the universal zoom settings for Chrome. 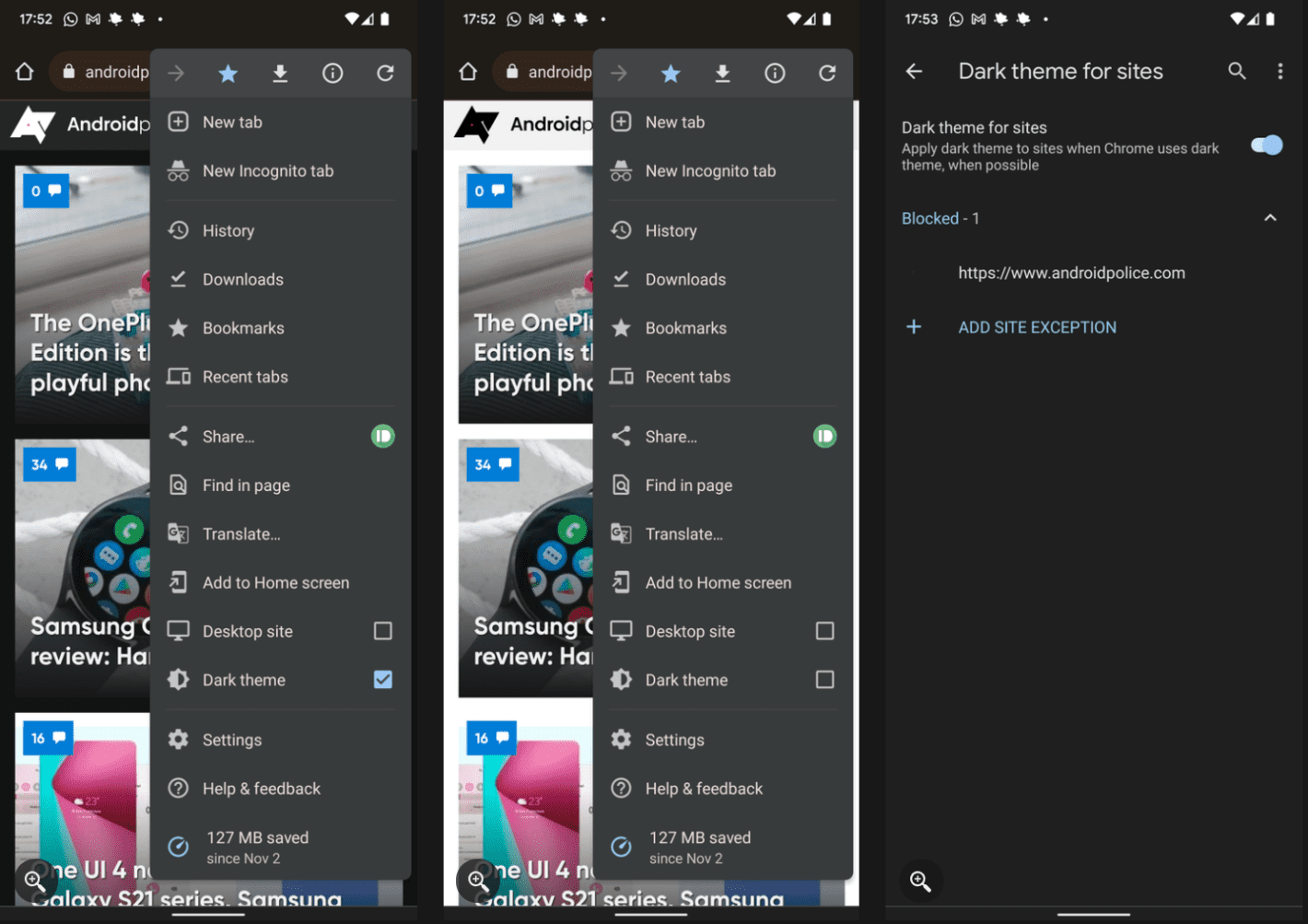