Samsung is gearing up to launch its next-gen flagship smartphones — the Galaxy S22 series — in a few months. Reports suggest the new phones will arrive in February next year. There’s still a lot left to know about the upcoming devices but they are slowly starting to take shape. Multiple leaks in the past have already revealed the designs of all three models — Galaxy S22, Galaxy S22+, and Galaxy S22 Ultra. A leaked set of screen protectors has now offered us a size comparison of the trio.

Noted leaker Ice Universe recently shared some images of the screen protectors for the Galaxy S22 series. And we have a few takeaways here. Firstly, the pieces of glass reveal the size difference of the Galaxy S22, Galaxy S22+, and Galaxy S22 Ultra. You can check out the difference in the attached image below. 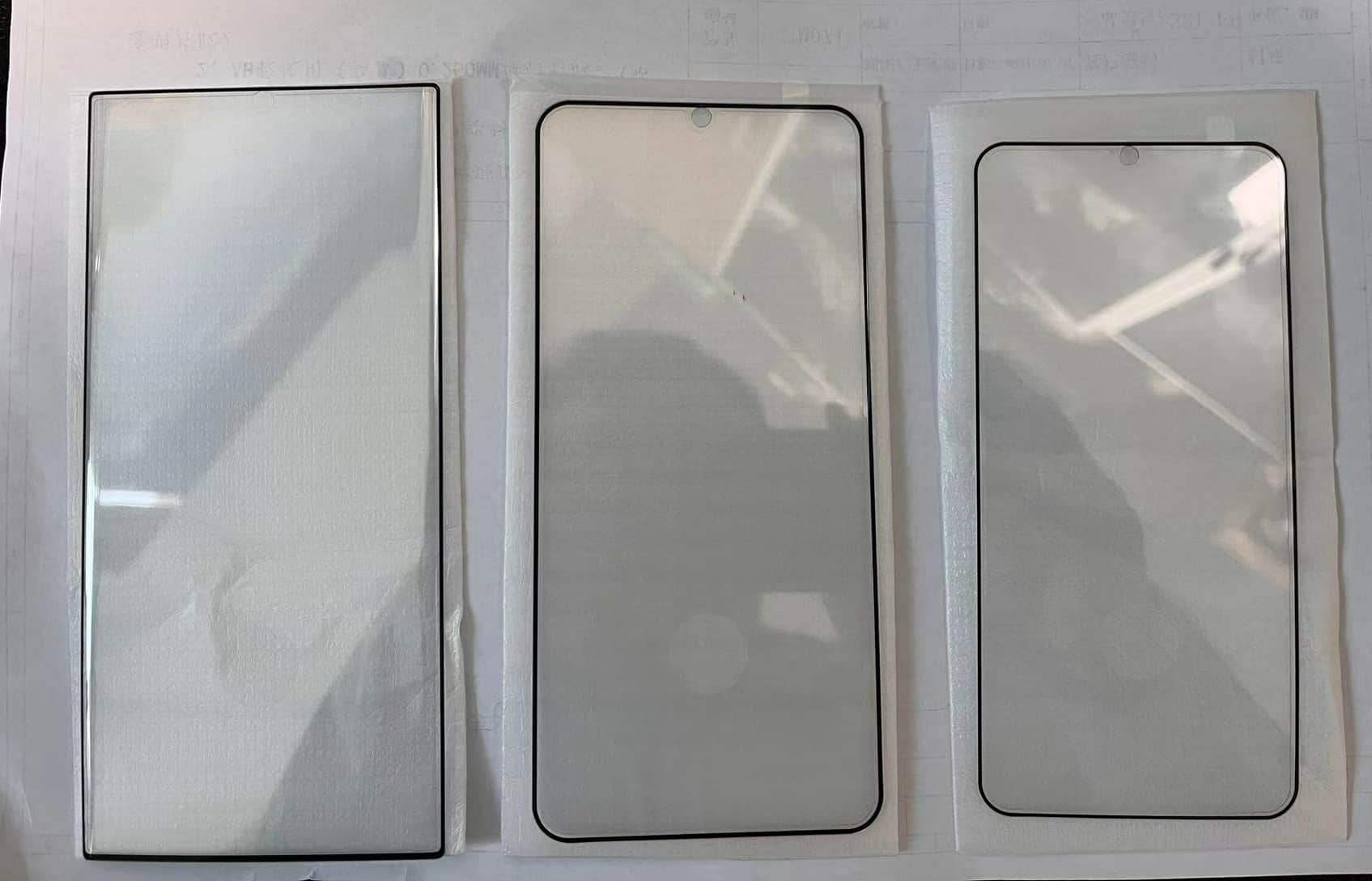 Additionally, as you can see in these screen protectors, all three Galaxy S22 models will have centered punch hole cutouts, confirming that Samsung will not implement UDC (under-display camera) tech on its mainstream flagship phones just yet. The Galaxy Z Fold 3 does feature the next-gen camera tech though.

The latest leak also confirms what we have been hearing for some time now: the Ultra model will sport a Galaxy Note-like design. We are looking at sharper corners, with a rectangular, boxy finish. Moreover, it will also feature a curved display. Samsung is said to discontinue the Galaxy Note series for once and all this year. It will bring over all the features as well as design aspects of the S Pen wielding phablet series to the top-tier Galaxy S model. The upcoming Galaxy S22 Ultra will reportedly feature an S Pen slot as well.

The other two Galaxy S22 models, meanwhile, will look like the traditional Galaxy S series devices, with flat display panels. Based on recent reports, they will mostly retain the design language of their respective predecessors, including the contour cut camera island on the back. All three Galaxy S22 models will have negligible bezels around the display.

Samsung launched the Galaxy S21 series in January this year. However, there’s little hope it will follow up with the Galaxy S22 series in January next year. The company seems to have reverted to the usual February launch schedule for its upcoming flagships. The ongoing global semiconductor chip shortage may have something to do with this delay. We expect to hear more about this situation in the coming weeks. We will keep you posted.