The Samsung Galaxy S22 series screen protectors have surfaced to indicate the size difference between models. This image comes from Ice Universe, a well-known tipster, and it’s included below the article.

These seem to be tempered glass screen protectors, by the way. One thing you’ll immediately notice is the size difference between them, and also the sharper corners on the Galaxy S22 Ultra.

As we’ve been able to find out, through leaks, the Galaxy S22 Ultra will offer a somewhat different design compared to the S22 and S22+. It will have sharper corners, a different shape overall, a curved display, and an S Pen stylus dock.

That handset will basically be a replacement for the company’s Note series. Now, take into consideration that these tempered glass screen protectors do not indicate bezel thickness. Their bezels will be thicker than this.

One thing to note is that the Galaxy S22+ bottom bezel will be thinner than the one on the Galaxy S22 Ultra. We’re not sure about the regular Galaxy S22 variant, though.

All three of these phones are expected to arrive in February. Samsung will allegedly announce them on February 8, at least if a recent report is to be believed. These three phones will come about a month after the Galaxy S21 FE.

Samsung will use two SoCs once again

Samsung will, once again, use two SoC setups for these three devices. The Snapdragon 898 and Exynos 2200 are rumored, even though neither of those SoCs has been announced thus far.

All three of these phones will come with a frame made out of metal. The Galaxy S22+ and S22 Ultra are tipped to have a glass back, while the Galaxy S22 will likely include plastic on the back. 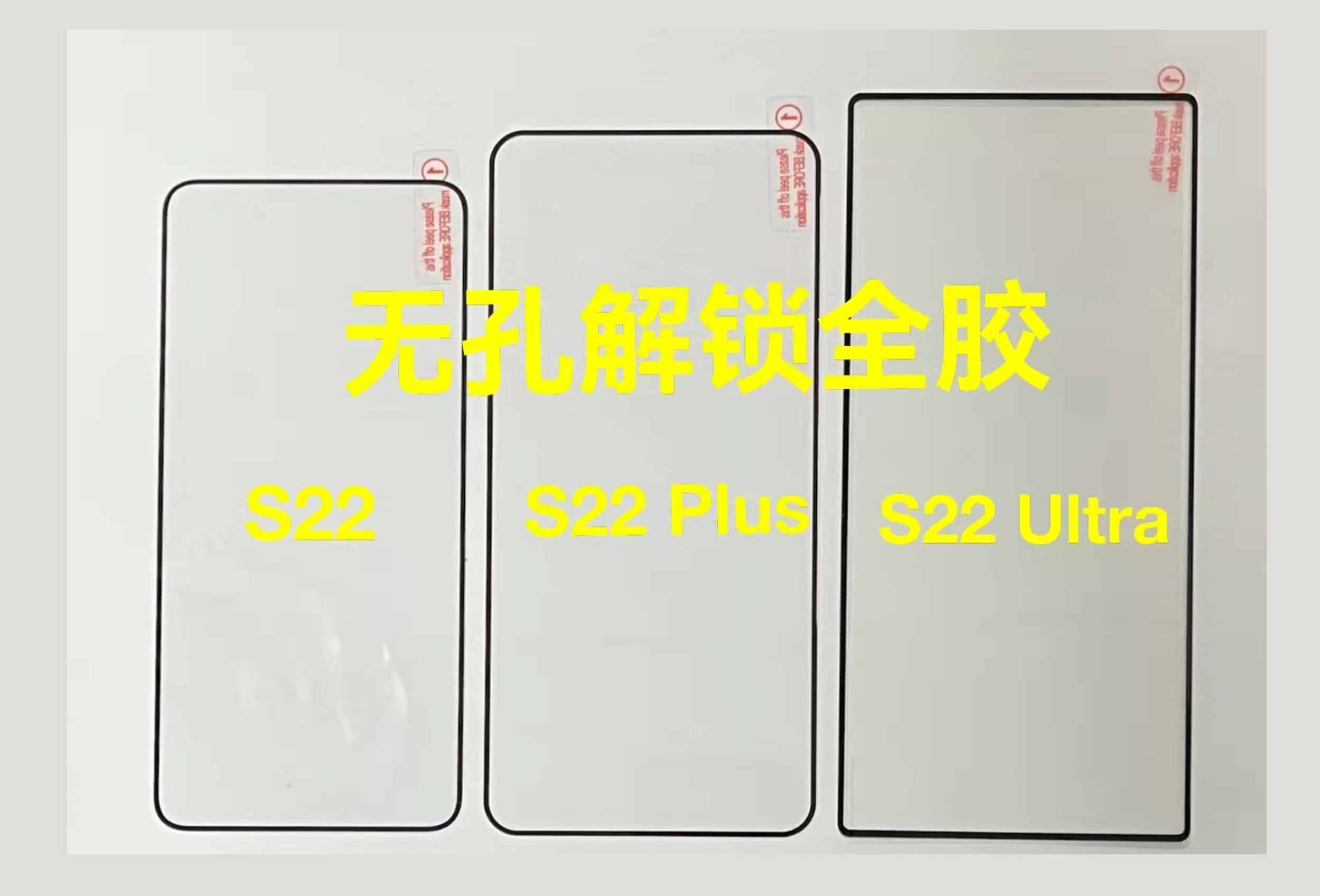