Skip to content
Advertisement
Trusted By Millions
Independent, Expert Android News You Can Trust, Since 2010
Publishing More Android Than Anyone Else
8
Today
134
This Week
761
This Month
7198
This Year
117156
All Time
Advertisement Samsung is launching the Expert RAW camera app for the Galaxy S21 Ultra to help leverage the phone’s telephoto cameras. Although the smartphone features a Pro Mode by default, its features are limited to the ultrawide and primary sensors on the device.

FrontTron reports (via) that the app is now rolling out via the Galaxy Store in South Korea. The app should inevitably make its way to other markets over the next few weeks.

In terms of the features, the Expert RAW camera app brings aspects like exposure value, focus, ISO, shutter speed, and white balance to all cameras on the Galaxy S21 Ultra. It’s worth pointing out that these camera features are available for video recordings as well.

The new app also lets users control shadows, tint, saturation, and highlights, so its functionality is relatively similar to the stock camera app on the device. It can also save images in 16-bit Linear DNG RAW or Lossless JPG formats.

The Expert RAW camera app is available exclusively for the Galaxy S21 Ultra, provided it is running on Android 12 w/ One UI 4. There’s no word on whether Samsung will make it available for other devices in the Galaxy S21 lineup. You can head over to the link here if your device meets the criteria for this app.

It hasn’t been long since the stable Android 12/One UI 4 update started rolling out to the Galaxy S21 series. Samsung’s update schedule is genuinely remarkable and leagues ahead of industry rivals, barring Google. Though the update brings a ton of new features to the Galaxy S21 series, we’ve recently learned about a few concerns as well.

Some customers in the US are reporting a lag issue after the new update. Though the reason is currently unknown, users claim it has something to do with the phone’s high display refresh rate. Moreover, the lag only occurs when the display refresh rate switches from 120Hz to 60Hz.

This issue appears to be specific to the US and hasn’t been reported from any other region. Thankfully, the issue is now seemingly fixed, with Samsung rolling out another update for the Galaxy S21 lineup. 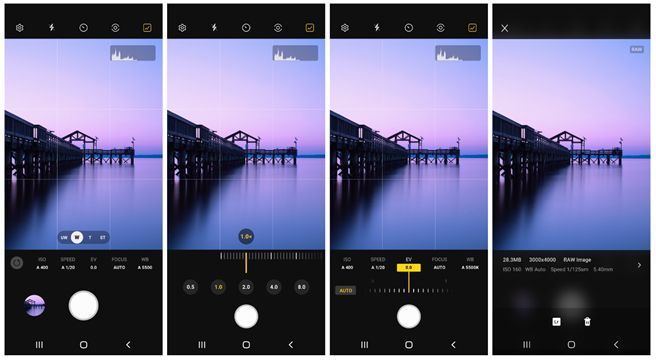