Skip to content
Advertisement
Trusted By Millions
Independent, Expert Android News You Can Trust, Since 2010
Publishing More Android Than Anyone Else
35
Today
35
This Week
747
This Month
7961
This Year
117905
All Time
Advertisement Samsung has announced that it is rolling out the Android 12 and One UI 4 update to the entire Galaxy S21 lineup, starting today!

The update will be available for the Galaxy S21, S21+, and S21 Ultra beginning on November 15. That marks less than a month after Google started rolling it out to Pixel smartphones. That is quite impressive for Samsung.

While today’s news is about the Galaxy S21 series, Samsung does say that it will be available on previous Galaxy S and Galaxy Note series, as well as other Galaxy A series, foldables, and tablets in the very near future.

Samsung closed the beta for One UI 4 about a week ago, so we knew that the final build wasn’t too far off.

There are quite a few new features and changes coming in One UI 4 for Samsung smartphones. Samsung outlines a lot of them in this press release.

With One UI 4 being built on top of Android 12, you’re getting a lot of the Android 12 features here on One UI 4. That includes the new Privacy Dashboard. So you’ll be able to easily see what apps are using different permissions and easily revoke those permissions if needed.

One UI 4 also includes a new customized mobile experience, so you can meet your needs. There’s a new color palette to choose from, allowing you to alter the look and feel of everything on your smartphone. This includes home screens, icons, notifications, and wallpapers. Samsung has also reimagined widgets and included deeper customization. Of course, there’s new Emoji too.

This is pretty close to Material You, but not quite. We likely won’t see Material You on any non-Pixel smartphones, to be honest.

The update is rolling out now, globally. So head to Settings and pull down your update now. It’s going to be a big one, so make sure you have time to download and install it. 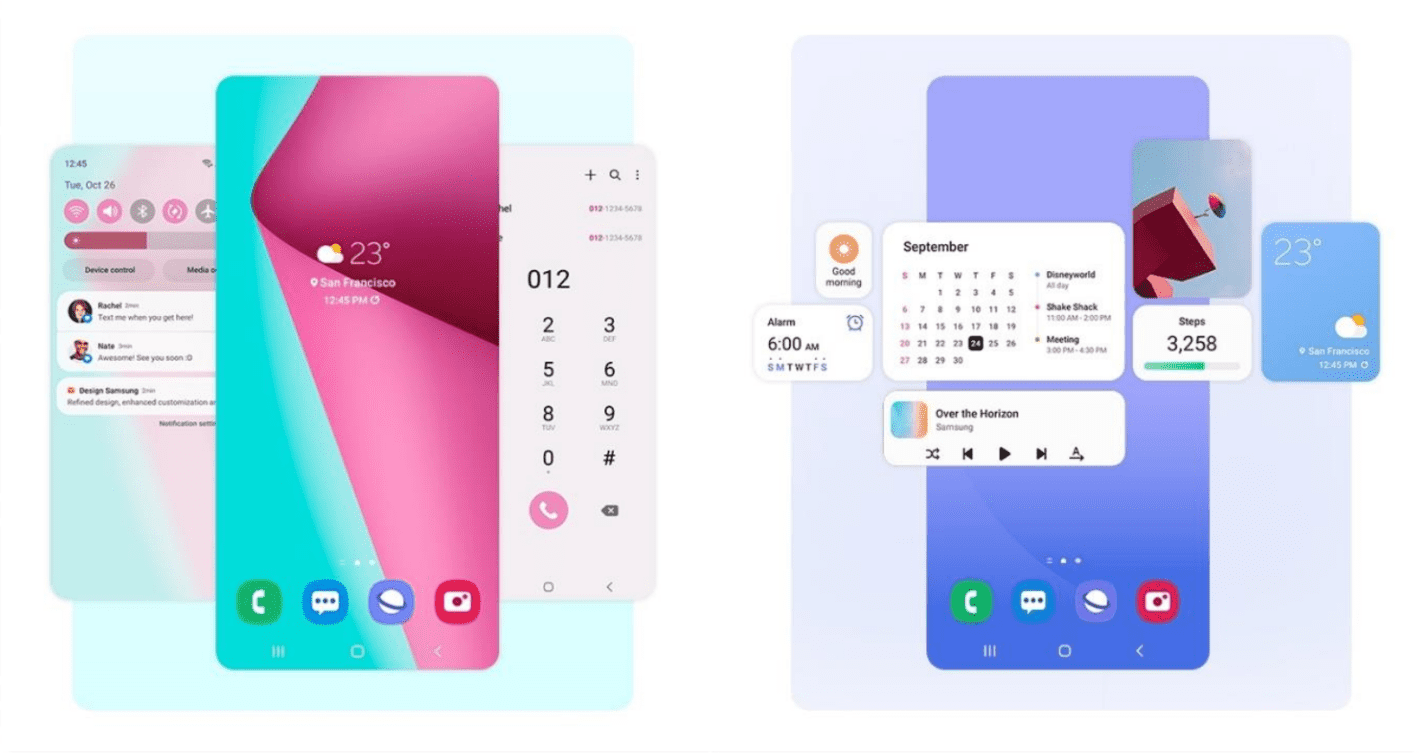