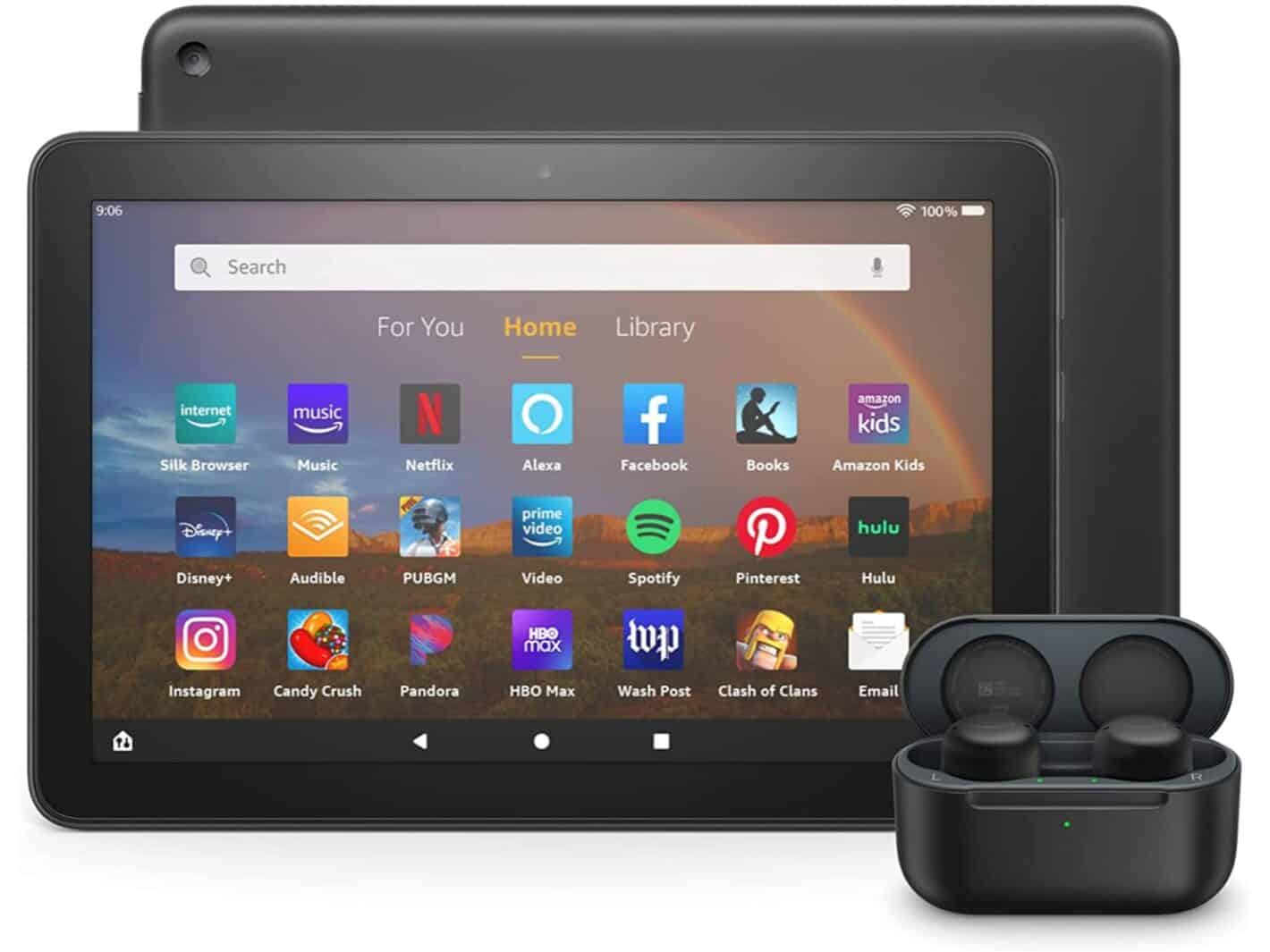 Amazon has plenty of its Fire HD tablets up for grabs as part of its Black Friday deals but now you can get some paired with Echo Buds for almost half off the original price. Specifically, the company is selling its Amazon Fire HD 8 and Fire HD 8 Plus in three colorations — White is, unfortunately, sold out. And that’s for 45-percent off its asking price, when paired with Echo Buds and buying the variant supported by lock screen ads.

Other configurations, including those without ads and those with a higher storage capacity, are on sale as well. Albeit, without quite as steep a discount and at an ever-so-slightly higher cost.

What do this Fire HD tablet and earbuds combo bring to the table?

Now, the Amazon Fire HD 8 tablets are 2020 models, so this isn’t Amazon’s newest tablets up for grabs for Black Friday. But that doesn’t make this 8-inch HD tablet any less worthy.

For starters, the Fire HD 8 Plus runs Fire OS. The hyper-efficient Android-based OS is driven by a reasonably powerful processor backed by 3GB RAM. The Fire HD 8, conversely, ships with a less cost-intensive 2GB RAM. In either case, 32GB or 64 GB of internal storage is included. Expandable up to 1 TB via microSD card. And, of course, each comes with Amazon’s own app store. So both tablets have access to nearly all of the same apps found on the Google Play Store.

On battery life, the Amazon Fire HD Plus supports wireless charging, while the Fire HD 8 does not. But both offer up to 12 hours of “reading, browsing the web, watching videos, and listening to music,” according to Amazon.

Finally, Amazon Alexa AI is built right into the experience too. And that also carries over for the Echo Buds Amazon has paired with the Fire HD 8 and Fire HD 8 Plus tablets for this Black Friday deal. With the AI assistant available on-tap.

The Eacho Buds also offer top-tier features such as active noise cancellation, with premium speakers built into an already noise-dampening design. And, of course, on battery, they aren’t too bad either. Offering up to 5-hours of playback per charge and a total of 15-hours more with the charging case. While fast charging also means that 15-minutes nets you up to two hours more.