Amazon Prime Video has grown itself as a worthy alternative to Netflix. Fast forward to now, to help its marketing game, Amazon will soon allow its prime users to easily share video clips of its Prime Video content.

In an official blog, the company says that it will allow its users to share up to 30 seconds of its Prime Video content using its Amazon Prime Video app.

Notably, according to The Verge, the feature is currently available only on the iOS app. However, there is hope this feature would also make its way for Android users in the near future.

The Amazon Prime clip sharing feature is live for iPhone users running version 8.41 or later of the Prime Video app. It will be available only for a limited number of users initially.

As noted by The Verge, Amazon has taken a totally different attitude compared to other streaming providers. For instance, Amazon Prime’s competitors Hulu and Netflix blacken out any screen recording or screenshot of their shows.

The screen recording of Hulu or Netflix shows will leave you only with subtitles if you have turned them on. Amazon, on the other hand, will allow its users to share Prime Video content, which would also help them with the marketing of the shows.

After updating the iOS app, once you start playing any video on the Amazon Prime video app, it will show you a new “Share Clip” button. It will be placed alongside the rest of the controls on the player’s interface.

Tapping on this “Share Clip” button will create a 30-second video clip. It will also allow you to tweak the video so that you have the exact part of the show you wish to share.

You can share the video clip later using Apple’s inbuilt sharing feature over iMessage, or other social media apps, including WhatsApp, Instagram, etc.

This is a small, yet nice tactic adopted by Amazon Prime Videos. Because it gives them a new way of free marketing. To start off, Amazon says that users will be able to share clips from shows like The Wilds, Invincible, Fairfax, and season one of The Boys, which is about to kick off.

Understandably, more shows and movies will support this feature very soon. It is unclear if this feature would arrive for non-Amazon content on the app in the future. 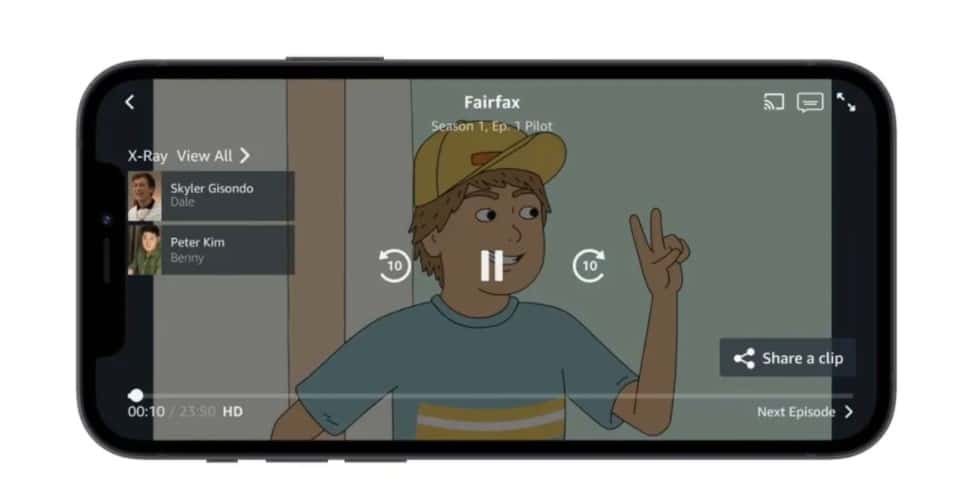