Skip to content
Advertisement
Trusted By Millions
Independent, Expert Android News You Can Trust, Since 2010
Publishing More Android Than Anyone Else
37
Today
240
This Week
751
This Month
3757
This Year
121369
All Time
Advertisement

Xiaomi has reached a major milestone. The company has announced that 500 million people now use MIUI, the company’s UI that comes pre-installed on Xiaomi smartphones and tablets.

This has been announced on Weibo by both Xiaomi and MIUI channels, both of which are official. This is a major success for a company that was founded in 2010. It is considerably younger than many other tech companies in the market.

Xiaomi’s growth has been immense, and it has only been boosted by Huawei’s US ban. Along with announcing that 500 million people now use its devices with MIUI, the company also shared some of its other milestones from past years. 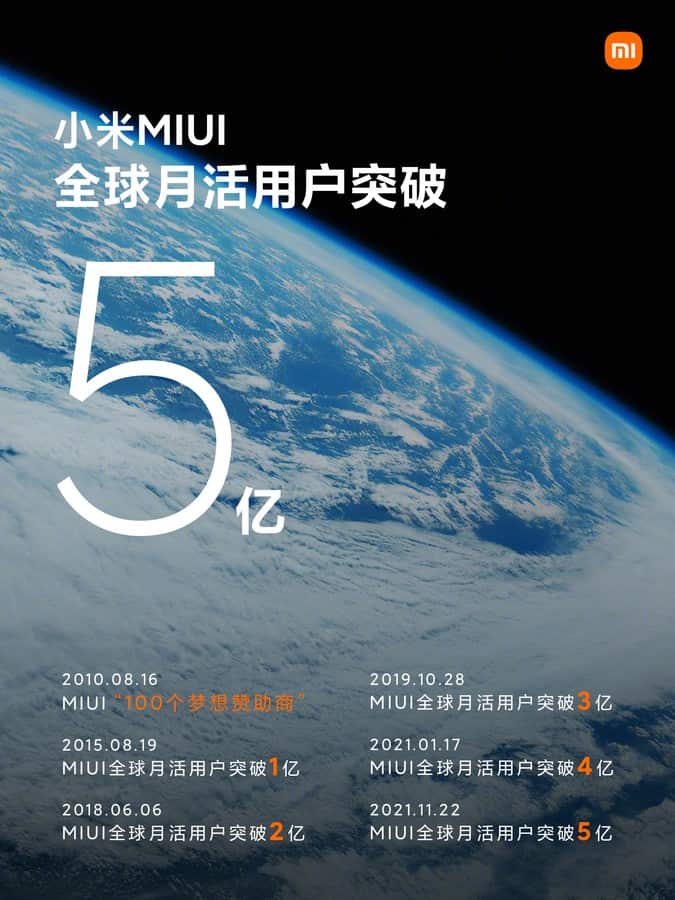 It took the company a little bit over a year to reach 400 million users, as that happened in January 2021. The growth from 400 to 500 million was incredible, as it took around 10 months, Xiaomi reached that number on November 22, so a couple of days ago.

Xiaomi is still growing, fast. The company is breathing down Apple’s neck, globally, and could relegate the Cupertino giant to a third place in the pecking order quite soon. Samsung is still far ahead, but Xiaomi has big plans in that regard as well. The company is planning to become the world’s number one smartphone OEM in a couple of years.

Xiaomi did announce some compelling devices this year, but the world is still waiting for the company’s first foldable handset. Xiaomi was rumored to announce two of those this year, but that didn’t happen, at least not yet.

The Xiaomi 12 series is expected to become official before the end of the year, though. Those phones will likely become the first official devices with Qualcomm’s next-gen flagship SoC. That processor will be called the Snapdragon 8 Gen1, judging by the rumors.