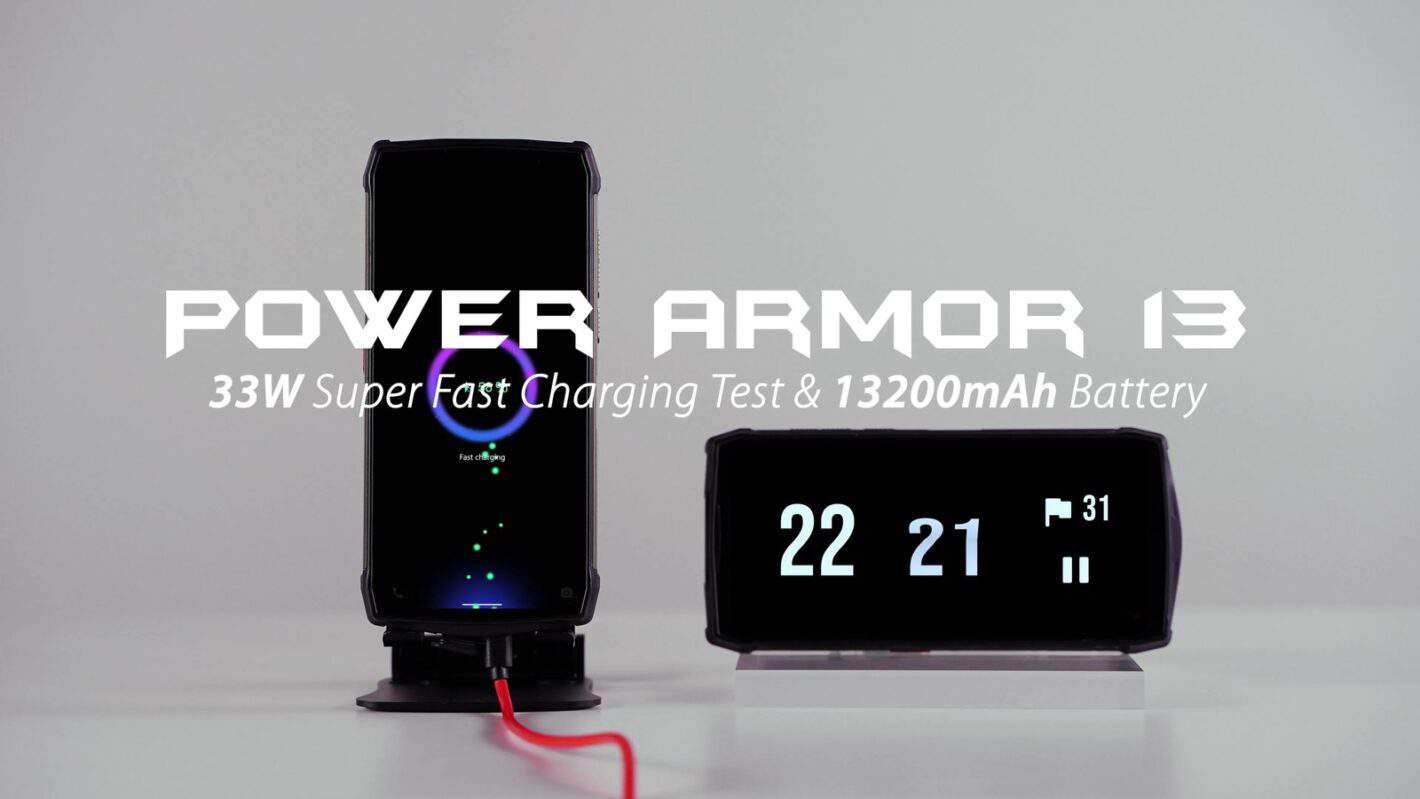 Ulefone has decided to demonstrate fast charging on the Armor 13 handset. This is the company’s rugged smartphone with a huge battery. The phone comes with a 13,200mAh unit.

That being said, the device does support 33W charging, and it comes with a 33W PD charging brick. Ulefone decided to demonstrate how long it takes the phone to charge from 0 to 100-percent in the video provided below the article.

This video has a duration of 46 seconds, by the way. Ulefone plugged it in while it was empty and filmed the process. It, of course, sped up the video just to get the message across. 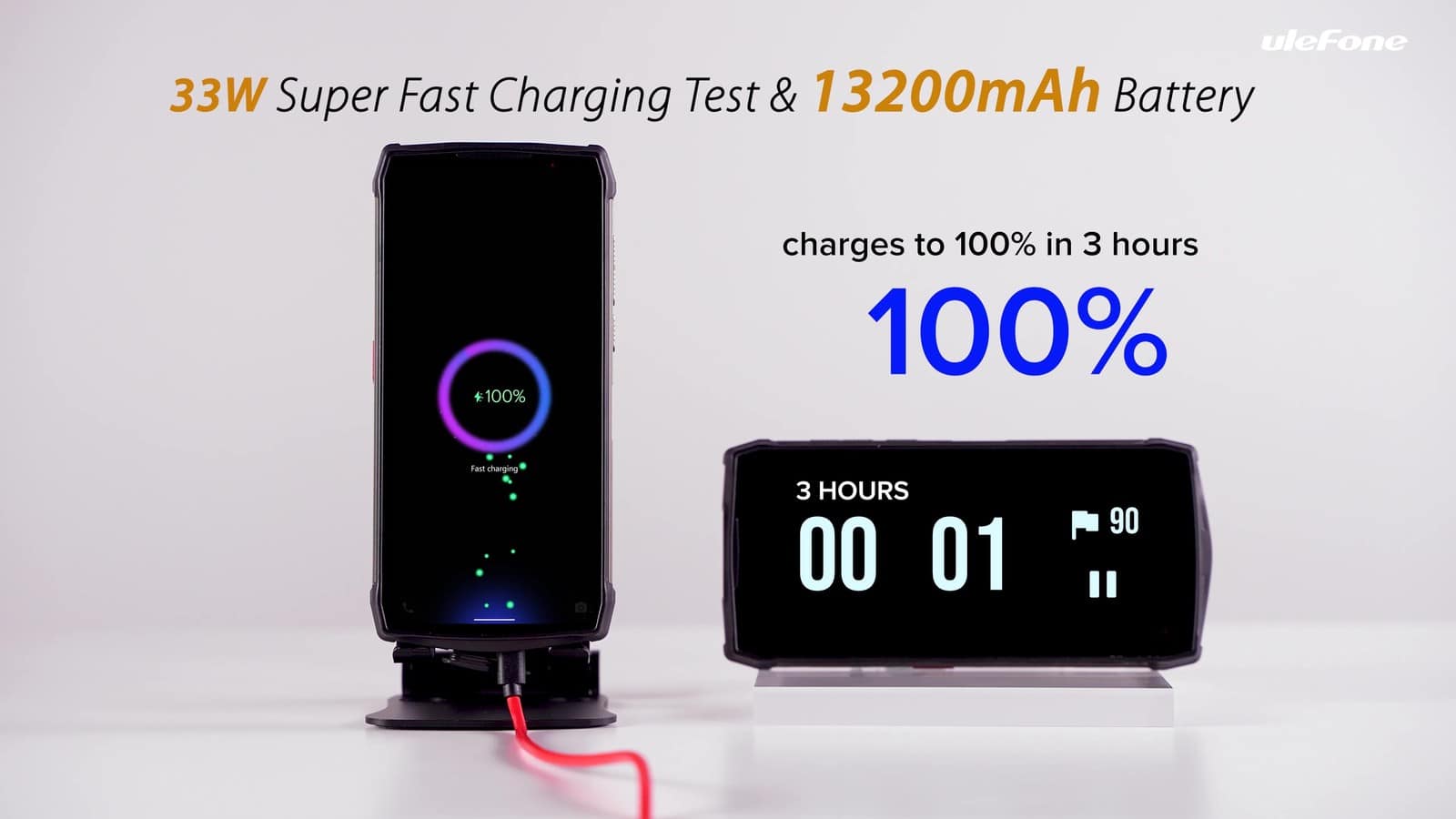 Now, three hours for a full charge may not sound impressive in this day and age, but do note that this is a 13,200mAh battery we’re talking about. The iPhone 13 Pro needs around 2 hours to charge up a battery that is 4.5 times smaller, for example.

You won’t need to charge up the Armor 13 in the middle of your day, by the way, that’s for sure. This phone is a road warrior when it comes to battery, and it will last at least a couple of days, even for power users.

The device is IP68/IP69K and MIL-STD-810G certified. It’s not only water and dust resistant, but you also don’t need to baby it while you use it, as it can handle some drops and whatnot.

The Ulefone Power Armor 13 features a 6.81-inch fullHD+ display, 8GB of RAM, 256GB of expandable storage, and four cameras on the back. If you’d like to know more about it, we’ve included a link down below. The phone is currently priced at $399.99, and if you’re interested, that link is where you need to navigate towards.