Twitter will make it easier to switch between the different views of your timeline. The social network currently offers two views of the main feed: Latest and Home. The former shows the latest tweets from the accounts you follow as they happen. The latter, meanwhile, is an algorithmic feed of recommended tweets based on your interests and activities.

You can already use the “star” icon in the top-right corner of your main feed to switch between the two views on Twitter. When you tap this quick toggle, a pop-up will appear telling you which view (Home or Latest) your timeline is currently set to, along with an option to switch to the other view as well as see your content preferences.

But going forward, things will look slightly different. Twitter is testing a new way of switching between the two views. The Home and Latest timeline views will get separate tabs on the main feed, so you know which view you are currently scrolling through. This also means fewer taps and easier switching between the different views of your timeline. You can simply swipe on your screen to switch between them.

It’s unclear whether this means the quick toggle will go away. Introduced in late 2018, the feature has been very useful for users. Earlier this year, reports emerged that the company may remove it after the “star” icon had disappeared for some users on the web. But it turned out a bug had caused the issue. Twitter confirmed that the feature is here to stay.

But with this upcoming change, it may be less useful. Perhaps the company plans to make the tabbed view optional, with the controls residing inside the quick toggle. we shall see. 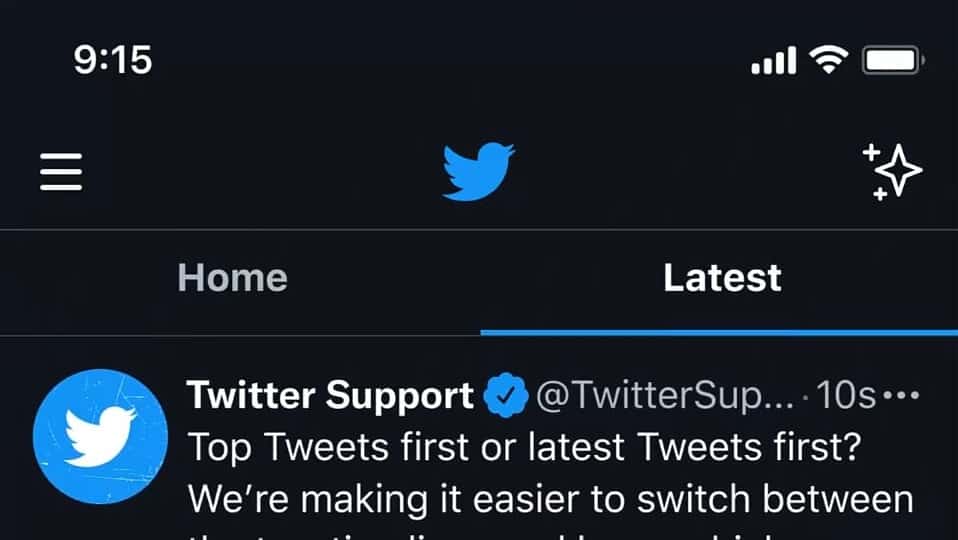 This tabbed view of timeline feeds will interfere with pinned lists

While this upcoming change will make switching between the Home and Latest timeline feeds on Twitter a lot easier, the tabbed views will interfere with your pinned lists, at least on mobile apps. If you don’t have pinned lists, let us tell you that they also appear in tabs on your main timeline. It’s unclear whether the company plans to find some other place for pinned lists or they will continue to sit beside the two timeline feeds.

We should get to know that in the coming weeks once Twitter broadly rolls out the new interface. As of now, it is testing this change among a small group of users with iOS devices. Support for Android and the web version of Twitter should also arrive down the line. We will keep you updated as the company share more information.

Top Tweets first or latest Tweets first? We’re making it easier to switch between the two timelines and know which one you’re scrolling.

Now testing with some of you on iOS: swipe between "Home" and "Latest" on the Home tab to choose which Tweets you see first. pic.twitter.com/LoyAN4cONu