We reported back in May about the OnePlus Watch Harry Potter Edition. Well, OnePlus India is now teasing this special edition variant on Twitter. The company also shared a partial image of this new variant, pretty much confirming its imminent arrival.

The image shows the OnePlus Watch with a leather strap featuring the Hogwarts insignia (via). The caption reads – “For a generation that still remembers magic.”

Further, the landing page for this promo on the OnePlus website says, “Calling all Witches and Wizards.” The URL of this page mentions hpwatch which is an obvious reference to Harry Potter.

This new variant is listed as “coming soon,” so there’s no precise timeline for its arrival. However, it shouldn’t be long before the model is listed on the company’s website. It’s unclear if the Harry Potter Edition OnePlus Watch will be exclusive to a few markets. 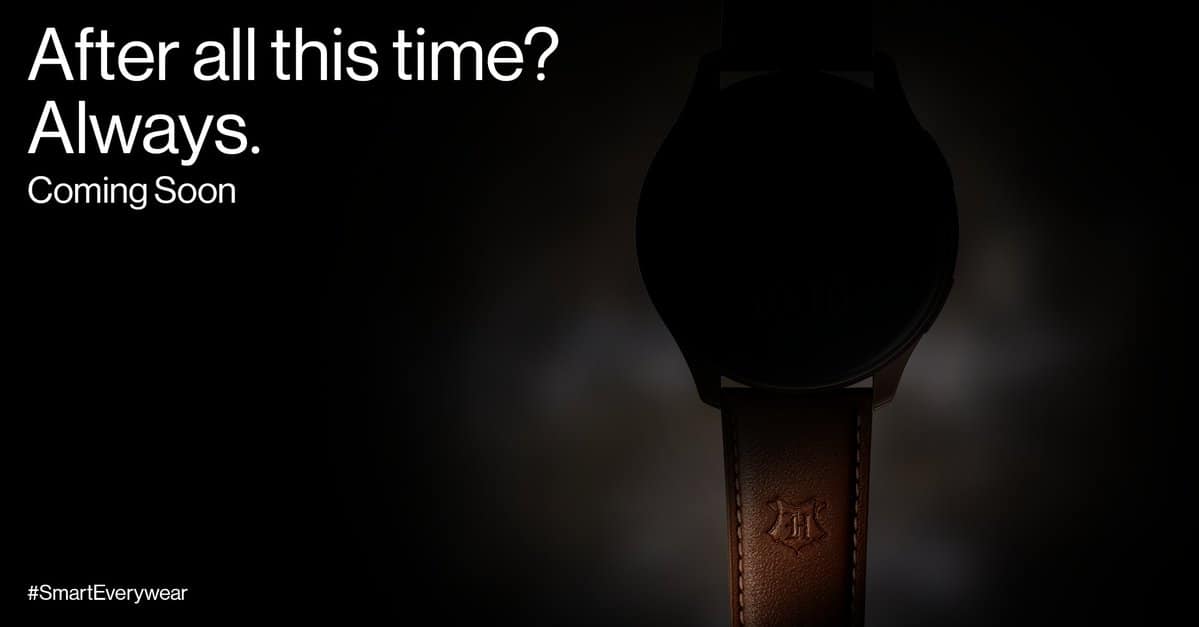 Despite the special edition status, the OnePlus Watch Harry Potter Edition will use the same hardware as the standard variant. This should include a 1.39-inch AMOLED screen, a SpO2 sensor, IP68 certified dust and water resistance, a heart rate monitor, and a 402 mAh battery with support for the company’s proprietary Warp Charge standard.

OnePlus claims that the battery can last for up to 14 days, which is pretty unique for a modern-day wearable. It features 4GB of storage plus 1GB of RAM. Fitness enthusiasts will savor the fact that the OnePlus Watch offers 110 workout modes. The smartwatch runs on a custom RTOS developed by OnePlus known simply as the OnePlus Watch OS.

It’s worth noting that this isn’t the first time OnePlus is bringing a special edition variant of its smartwatch. We saw the Cyberpunk 2077 variant launching in May this year. The company also launched a Cobalt edition of its wearable in China which finally made its way to global markets in July.

However, it isn’t as feature-packed as a Samsung Galaxy Watch 4 Classic which caters to the premium segment. Regardless, the OnePlus Watch has made its way to key markets, and the attractive $159 price tag makes it an affordable option compared to other wearables.